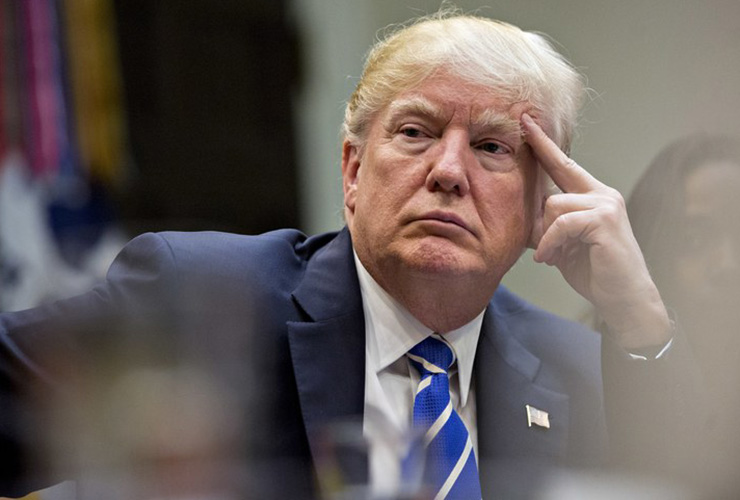 The USGA and LPGA players are hoping to depoliticise this week’s U.S. Women’s Open at Trump National Golf Club in Bedminster, N.J. That ambition is off to a rough start thanks to a USA Today report that says Donald Trump threatened the USGA with legal action if the governing body moved this week’s championship from his New Jersey venue.

Christine Brennan writes that the USGA’s Mike Davis informed members of the executive committee of the lawsuit during Trump’s presidential run. A person with direct knowledge of the event said Davis told the group, “We can’t get out of this. He’s going to sue us,” after meeting personally with Trump.

That Trump would threaten to sue is not surprising; no name is as synonymous with litigious proceedings. Over the past three decades, Trump has been a plaintiff or defendant in more than 4,000 lawsuits.

Trump’s relationship with the USGA — along with the PGA Tour and PGA of America — came under fire at the beginning of his campaign in 2015, as some of his comments regarding women and minorities seemed counter to golf’s ethos of creating an accommodating and welcoming environment for all. Following the release of Trump’s controversial “Access Hollywood” video, the USGA was specifically targeted by a handful of senators petitioning to move this week’s Women’s Open from Trump’s Bedminster property. 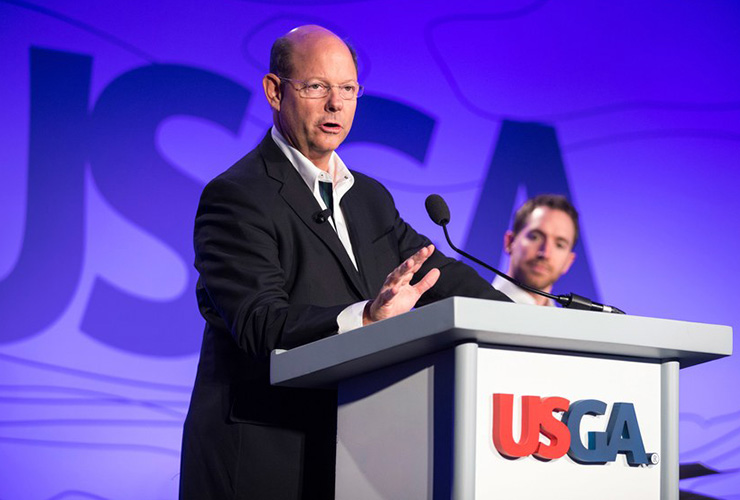 Publicly, the USGA has remained committed to the event, trying to shift the spotlight towards the action inside the ropes.

“Let me make it very clear that we came here, this was all about coming to a great golf course to play the greatest championship in women’s golf,” Davis said during the U.S. Women’s Open media day. “You know, the USGA since its founding in 1894 has never been involved with politics. Our focus is solely on the game of golf, and we appreciate that there’s some out there that want to make this a political event, but we’re not.”

When reached by Golf Digest, the USGA issued the following statement: “As a matter of policy, the terms of our contracts with championship host sites are confidential and accordingly the USGA will not comment. We are excited that our U.S. Women’s Open Championship week has begun and are focused on providing the ultimate test of golf for the best female players in the world.”