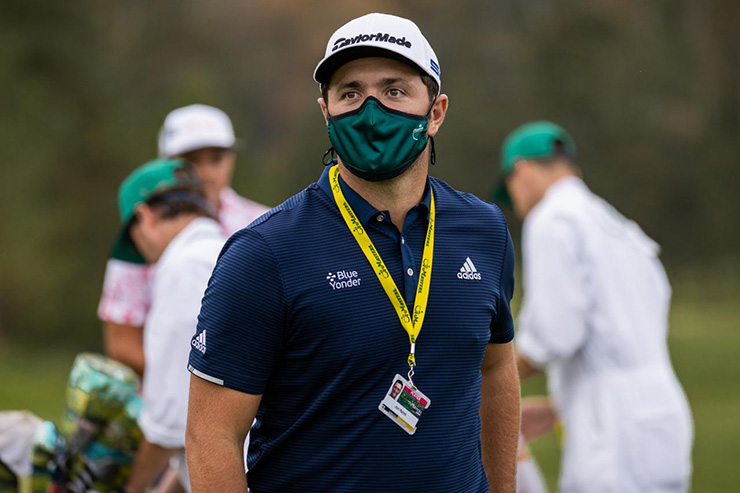 Defending DPWTC and Race to Dubai champion Jon Rahm in the lead up to this week’s Masters.

By Kent Gray
Get use to the fan-less fairway look at Augusta. It’s coming to a tournament near you soon.

For the first time in the event’s 12-year history, the European Tour’s season-ending DP World Tour Championship will be played behind closed doors at Jumeirah Golf Estates from Dec. 10-13.

The announcement, released on social media, came as little surprise given the on-going challenges of the coronavirus.

We’re going to miss our fans at this year’s DP World Tour Championship but you can still catch all the action by tuning into your national TV network and by following our social media channels 📺#dpwtc #rolexseries #racetodubai pic.twitter.com/FhNTmscTNy

There was no official release but it follows that the newly announced $1.2 million Golf in Dubai Championship, to be played on the Fire layout at JGE in the week preceding the DPWTC, will also be spectator-less.

The one upside is confirmation that the $8 million DPWTC on Earth will be broadcast on Dubai Sports Channel for UAE viewers and the Golf Channel and Sky Sport UK for the European Tour’s international audience. The same broadcast arrangement is likely on Fire for the Dec. 2-5 Golf in Dubai Championship.

There was hope the DPWTC could allow as many as 3000 spectators per day at JGE but tournament officials are understandably acting with an abundance of caution to protect the players and tournament staff in the bio-secure bubble being set up for the final fortnight of the season.

If Georgia Hall’s opening rounds had been just one or two shots better each day, maybe Minjee Lee wouldn’t have waltzed away with the OMEGA Dubai Moonlight Classic last week.