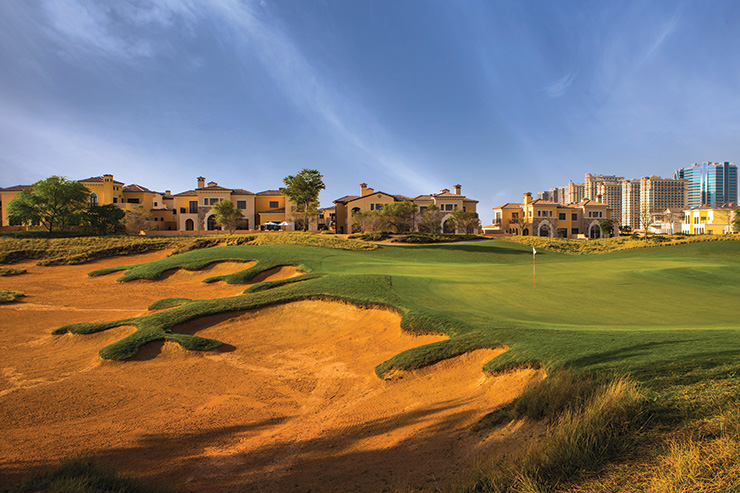 By Kent Gray
A new event in the city that gives the Race to Dubai its name – and the European Tour the lion’s share of its financial viability – has been squeezed into this season like no other.

The $1 million Golf in Dubai Championship presented by DP World was unveiled on Monday after murmurings of a fourth UAE event being added to the tour’s schedule for several months. It will be staged on the Fire course at Jumeirah Golf Estates from Dec. 2-5 — a week before the season-ending Dec. 10-13 DP World Tour Championship (DPWTC) on the club’s sister-course, Earth.

The Golf in Dubai Championship will be played in the same week as the South African Open at Gary Player Country Club in Sun City from Dec. 3-6, the final leg of a three-event swing in South Africa, with players in both events able to secure the final spots in the DPWTC.

Monday’s media release made no mention of whether fans will be allowed at JGE although did clarify the makeup of the DPWTC. Originally open to the top-50 players in the Race to Dubai standings, the season-ender will now involve the top 60 available players, as well as any European Tour member in the top 75 on the Official World Golf Ranking at the conclusion of this week’s Masters tournament who is not otherwise exempt.

“It has undoubtedly been a very different and complex challenge to completely reimagine our 2020 schedule since March, but our team has worked incredibly hard behind the scenes, demonstrating creativity and agility,” said European Tour CEO Keith Pelley.

“The Golf in Dubai Championship presented by DP World is the final piece in this jigsaw and continues our policy of playing in geographical clusters. Alongside the South African Open, it gives our players the option of ending the regular season at one of two terrific locations ahead of our season finale, the DP World Tour Championship.“

The coronavirus has radically reshaped the 2020 Race to Dubai with a six-event UK Swing in July-August, the Scottish Championship last month and two just completed events in Cyprus among those hastily arranged to compensate for the flood of tournament postponements and cancellations caused by the pandemic. The JGE double-header means the European Tour season will finish 2020 with 38 tournaments including 15 events which did not exist prior to the season being paused between March and the beginning of July.

The makeup of the field for both JGE events will be fascinating. A number of players eligible for the DPWTC have already indicated they won’t take up their place in the $8 million season-decider; quarantining regulations in several countries would mean some players having to forgo Christmas with families if they did tee it up at JGE. 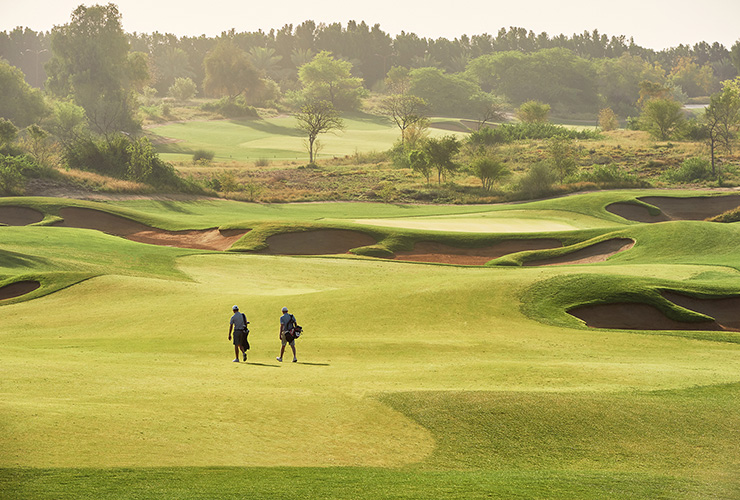 Still, the Golf in Dubai Championship will be widely embraced, especially as players wearied by the new challenges of global travel will be able to remain in a single JGE/Dubai bubble for the final fortnight of the season. How many players will opt to play some or all three of the Joburg Open at Randpark (Nov. 19-22), the Alfred Dunhill Championship at Leopard Creek (Nov. 26-29) and the South African Open, and/or mix and match with the two JGE events remains to be seen.

The successful staging of the OMEGA Dubai Moonlight Classic – where three players were side-lined after testing positive for COVID-19 on the eve of last week’s LET event – will at least give players and officials confidence in the emirate’s ability to handle the game’s new norm health and safety protocols.

It is also a further PR boon for JGE after the now Dubai Golf-managed facility had previously shelved plans to showcase Fire by shifting the DPWTC across from Earth. It comes hot on the heels of the International Golf Federation voting to give Fire hosting rights to the 2023 World Amateur Teams Championships, the 32nd Eisenhower Trophy for men and 31st Espirito Santo Trophy for women.

Keith Pelley, European Tour CEO
“I would like to thank the leaders of Dubai, DP World, Falcon and Associates and Jumeriah Golf Estates for helping to make this new event happen.

“The creation of this new tournament reflects the evolution in our partnership with DP World, through their support of the DP World Tour Championship, the Emirates Golf Federation development programmes, our EDGA Dubai finale and, of course, as an Official Partner of the European Tour.”

“Over the past 12 years our partnership has not only contributed to the success and prosperity of Dubai’s economy by driving inbound tourism, but it has also helped to grow the game in the UAE by opening it up to new audiences.

“The new tournament is another great example of Dubai’s ability to host world-class events and underscores its position as a leading hub for both trade and sport. We look forward to welcoming the European Tour and its players to the emirate for two back-to-back tournaments, which will help conclude another exciting Race to Dubai.”

“We thank everyone involved, both internally here at the Club and across Dubai Golf, for all the upgrade work completed on the Fire course over the past few years. We have always been rightly proud of the Greg Norman-designed Fire course and feel it has always been our ‘hidden gem’ at Jumeirah Golf Estates.

We are delighted to be hosting as well as showcasing to the world through global TV and all other media platforms and coverage both the Fire course as well as the Earth course in two consecutive weeks. Our desire is to put another golf course in Dubai on the ‘must play’ list for local golfers and all international golfers coming to Dubai.”