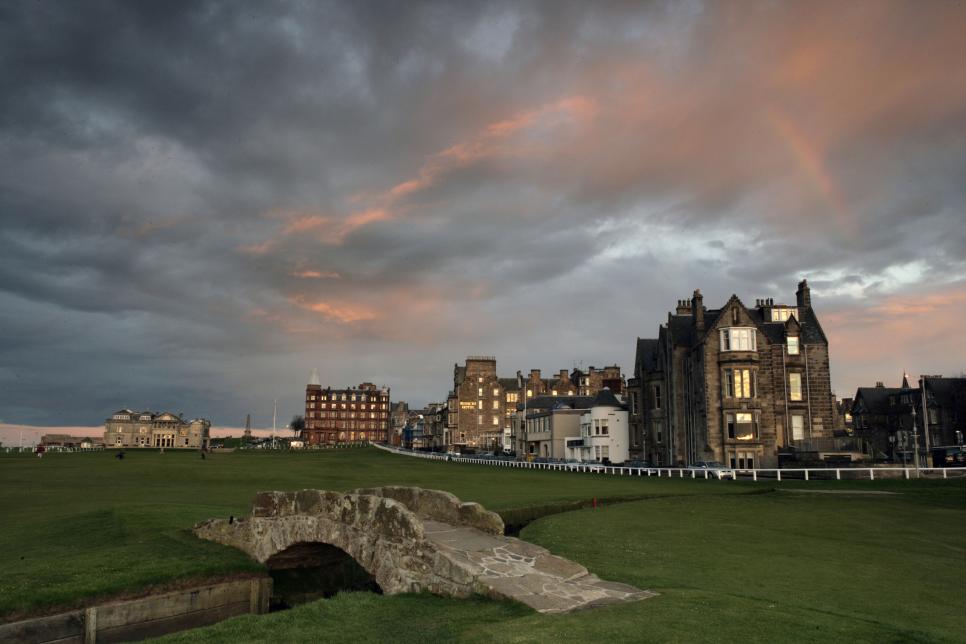 By Brendan Porath
Even with the 149th Open Championship still a few weeks away, you can already put your name in the hopper for tickets to the 150th Open. That sesquicentennial Open will be an extra special one-week celebration of golf’s oldest major championship with a return to The Old Course at St. Andrews. The drama and legacy of an individual major championship are always dependent on the actors and the action of the week. But factors that can be controlled, such as time and place, can certainly amplify it and make the stage grander. As far as stages go, a 150th Open at the home of golf is about as good as it gets and will certainly build the anticipation before next July.

With demand for tickets expected to spike, the R&A has created a ballot system for the hopeful dreamers wanting to attend the 150th Open. It was introduced just for this occasion and in the interest of fairness, according to the governing body.

“The ticket ballot gives as many fans as possible the chance to be part of this fantastic Championship and make it an occasion to remember,” said R&A Chief Executive Martin Slumbers.

The system sounds similar in practice to the renowned Masters ticket lottery, which everyone annually makes you aware they did not win. It’s unclear how much less (or maybe more!) of a longshot this ballot system might be. But it’s worth a shot for such an anniversary Open at the home of golf.

To put your name in the ballot, you have to join The One Club, the Open’s free membership program. You can do that, or enter the ballot if you’re already a member, right here. You can apply through October 4th of this year, with winners likely being notified by the end of November 2021. If you do “win” the chance to buy tickets, they’ll cost £95 for an adult on championship days and between £20 to £50 for practice rounds. Kids go free and 16-to-24-year olds are half price.

That 150th celebration was supposed to take place this July in St. Andrews. But with the R&A cancelling the 2020 Open in the midst of the pandemic last summer, everything has shifted back a year and the planned 2020 host, Royal St. George’s, will be the stage in a few weeks. They are expecting to be able to accommodate up to 32,000 fans for this year’s edition, and with the pandemic hopefully further in the rearview next summer, that number will swell at the Old Course.