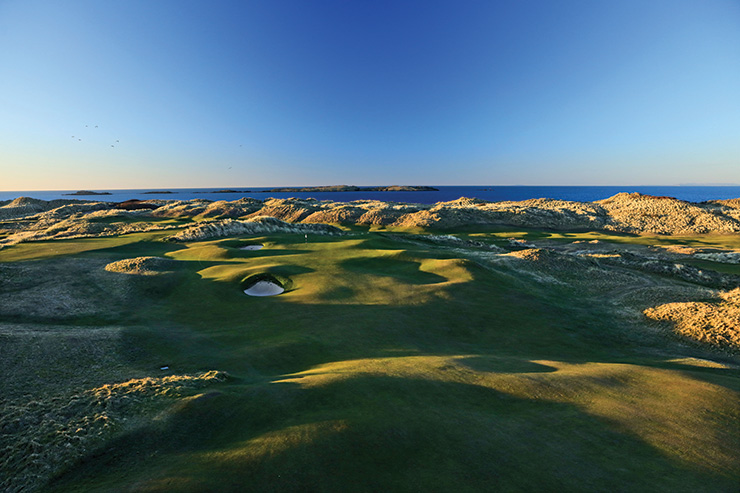 By Kent Gray
Home to more than 300 golf courses, including a quarter of the world’s links layouts, Ireland is a golfer’s paradise. The uninitiated will see what all the fuss is about when a northern gem, Royal Portrush Golf Club, hosts the Open Championship for just the second time from July 18-21.

Originally designed by Harry Colt, the club’s Dunluce Links take in sweeping County Antrim vistas including the ruins of Dunluce castle from which the course takes its name. Royal Portrush is a changed beast from the layout that Englishman Max Faulkner conquered to become the ‘Champion Golfer of the Year’ in 1951. Five new greens, eight additional tee boxes, 10 more bunkers and the creation of two new holes, the 7th and 8th, will greet the world’s best players at the 148th Open 68 years later. The par-5 7th, all 590 yards of it, has earned plenty of pre-tournament press (see p54) but this is a course that will wow at every turn, including the pictured approach to the green on the par-4 15th hole, ‘Skerries’. All 190,000+ tickets sold out for the first time in Open history so sit back and enjoy being part of the estimated global television audience of 600 million who will take in the magnificence of Irish golf during the last of the year’s four major championships.