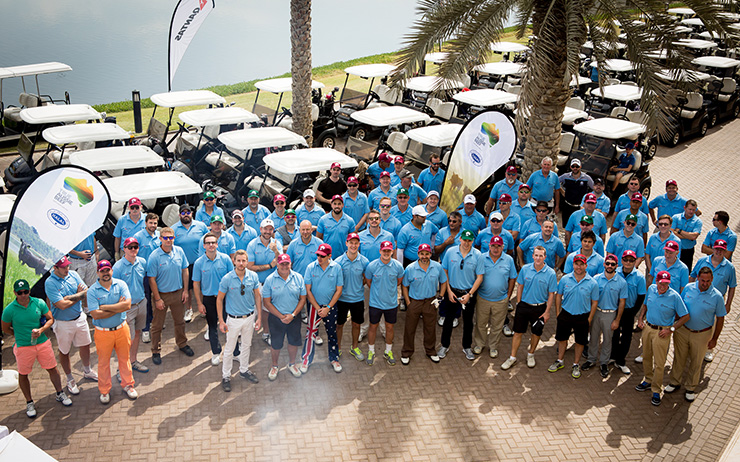 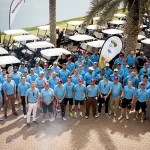 Grice and Parker both walked away with 50,000 Qantas Miles for their victory in the tournament organised by the Australian Business Council Dubai on behalf of Qantas MENA.

“The Qantas Dubai Golf Classic in association with the ABCD has gone from strength to strength since its inception in 2014,” said Rohan Garnett, Qantas General Manager, MENA.

“The value in a powerful three way partnership between Qantas, ABCD and The Address Montgomerie is a winning formula for success and all players continue to enjoy the spectacle. Repeat attendance accounts for over 50 percent of the participants making this a truly marked event on the Dubai golfing calendar.”

The next Dubai Qantas Classic will be held in April 2017 to commemorate ANZAC Day. 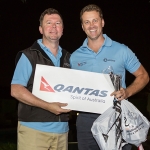 Rohan Garnett, General Manager of the MENA region for Qantas, presents Damien Grice, one half of the winning team, with his prize.

Grice and partner Morgan Parker carded a 10 under par 62 in the two-man scramble event at The Montgomerie. 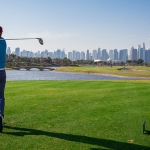 Thomas Wiberg tackles the treacherous par 5 18th at The Montgomerie. 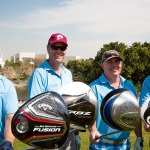 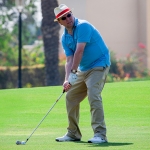 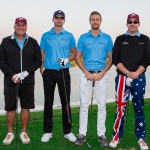 The award for the best attire, if there were one, would undoubtedly go to Dathan Beasley.

Beside the trousered one is (from L to R) Phillip Pretorius, Marty Gromotka and Glyn Meredith. 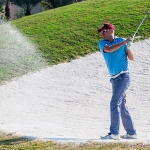 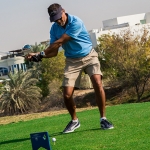 Stephen Holl, Partnership and Alliance Commercial Manager for Emirates, a Qantas code share partner, shows his style off the tee. 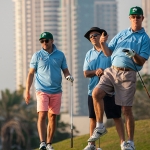 Stuart Haslam follows the progress of his shot as Nicholas Powell and David Lyster watch on. 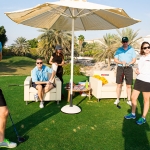 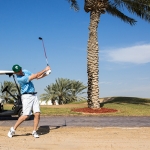 Kurt Dinucci is all style as he escapes a waste area at The Montgomerie. 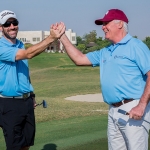 David Minchin and Alan Pinkney en-route to a T3 finish with a seven under net 65, three adrift of the winners. 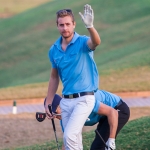 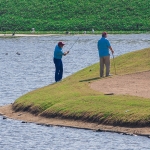 John Robinson and Harsh Munjal find themselves in a spot of bother in the scramble format. 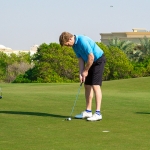 Andrew Barrow drained this putt as he partnered Edoardo Gelapiini to a share of third place. 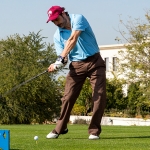 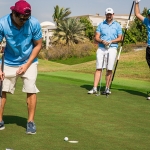 Domenic Zaffino and Leroy Durward watch on as Kayden Kelly holes out. 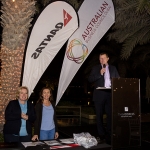 Justine Cullen, Karen Butler and Grant Bateman from the Australian Business Council Dubai who organised the tournament on behalf of Qantas. 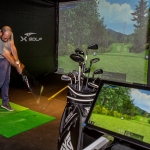