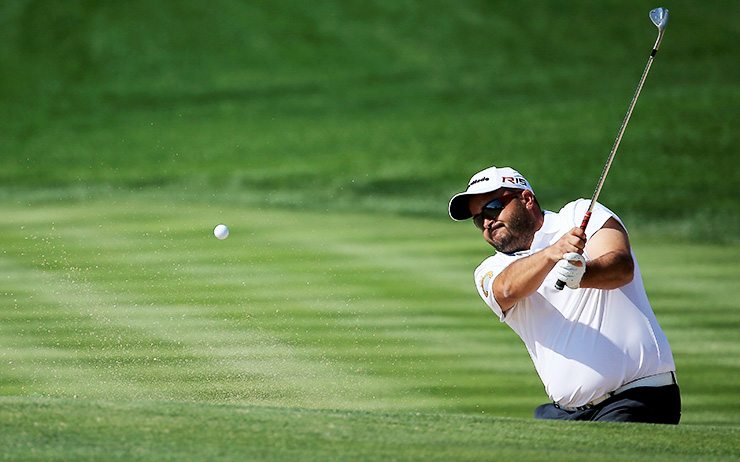 Golf’s oldest cliché – drive for show and putt for dough – has been given a home-known twist as the MENA Tour prepares for its 2017 bow at a brand new venue in Morocco on Tuesday.

Moroccan professional Faycal Serghini expects the biggest bombers in the 136-strong field will have an advantage at Palmeraie Country Club but is confident the $US40,000 Casablanca Open will ultimately be decided on the greens.

Patience is often a virtue with the flat stick but Serghini believes it will be even more so this week as the Palmeraie putting surfaces are still bedding in.

“The course is fairly wide open and will definitely favour the long hitters if they can hit the fairways, but the greens will be tough to read since they are too young and tricky,” said Serghini who has played the course many times since its opening six months ago.

“You can always expect the unexpected as it will be the first professional event on this course, but I do feel players will have fun playing on this course which provides a fair test of shot-making skills.”

Serghini, who runs a golf academy in his native Casablanca, is a three-time MENA Tour runner-up but believes his game ready for the first event of the developmental tour’s season.

“Like the golf course, my game is also in great shape. I am working hard on my putting and if it clicks I can expect good scores,” he said.

A notable absentee at the 6571-yard Palmeraie Country Club will be Rayhan Thomas with the Dubai amateur taking the week off after missing the cut in this week’s Hero Indian Open on the European Tour.

Thomas, who created history by becoming the first amateur to win a MENA Tour event at his home Dubai Creek Open last September, is scheduled to make his 2017 debut at next week’s Royal Golf Mohammedia Open, also in Casablanca.