These putters are
an ode to the king 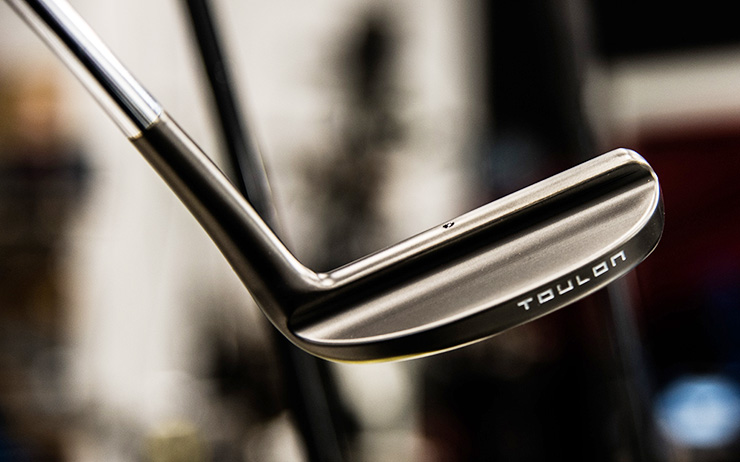 Toulon Design has made a name for itself by focusing primarily on classic milled designs and one of its latest may be among the most classic of all.

The new Latrobe blade style putter, part of the brand’s lineup of five new models for 2017, is a throwback to the Wilson 8802 model that the late Arnold Palmer made famous back in the day.

Palmer used the Wilson 8802 model, the flanged-blade model based on an original Tommy Armour Ironmaster, for many of his victories in the 1950s and ’60s, and later Ben Crenshaw used a version he called “Little Ben” to win two Masters titles.

“This one is us paying homage to the King, of course,” said Sean Toulon, senior vice president at Callaway, general manager of the Odyssey brand and the founder of Toulon Design with sons Joe and Tony.

“He’s been near and dear to many hearts, but has had a special place here at Callaway Golf. This is a very difficult putter to mill well and required a lot of input from the team here, as well as Austie Rollinson and Roger Cleveland, especially in terms of getting the blend of the hosel right.”

Unlike other Toulon Design models, the Latrobe extends the diamond mill pattern all the way across the face. Like the original blade models from 2016, the Latrobe, as well as the other three new blades for 2017, are all milled from 303 stainless steel.

The Latrobe features a 40- or 50-gram sole plate to get the total weight more in line with modern head weights of 340 and 350 grams. The Latrobe actually is part of the Toulon Garage line, which allows users to fully customize paint fills, graphics and finishes.

The Latrobe will be offered in both brushed satin and black finish. A special version of the Latrobe, which was presented as a tee prize during the Arnold Palmer Invitational Pro-Am, included a leather grip with Palmer’s signature.

The Latrobe and other Toulon Design models in the 2017 line will be at retail starting April 14 at $400. —Mike Stachura/@MikeStachura