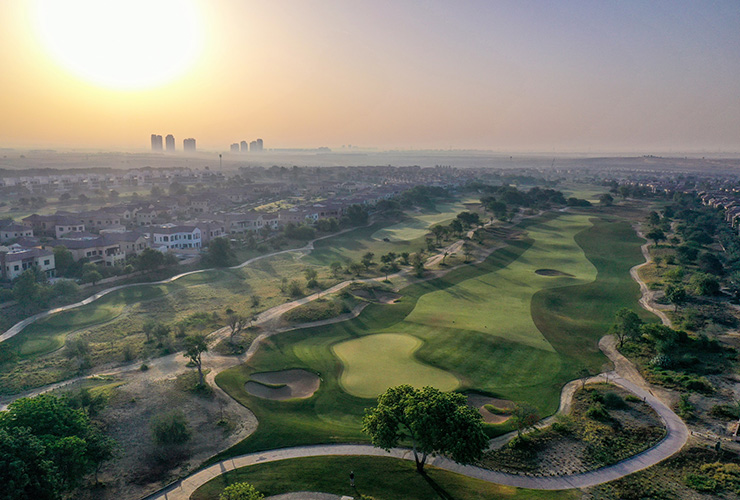 The 18th hole on Fire at Jumeirah Golf Estates.

By GolfDigestme.com
Tickets to the penultimate event of the 2021 Race to Dubai season have been released by the European Tour.

Free general admission tickets to the US$1.5 million AVIV Dubai Championship, to be staged on the Fire course at Jumeirah Golf Estates from November 11-14, were released on Wednesday. Pre-registration is required and can be accessed here.

The newly named AVIV Dubai Championship precedes the final Rolex Series event of 2021, the DP World Tour Championship, Dubai, which will bring the curtain down on this year’s Race to Dubai on the neighbouring Earth course.

“We’re thrilled to offer a second event in Dubai that is free for spectators to enjoy and take in the world-class golf,” said Tom Phillips, European Tour Head of Middle East. “We have two incredible weeks at Jumeriah Golf Estates with golfers vying to make it to the season-ending DP World Tour Championship and ultimately be named European Number One.”

The European Tour has two remaining stops in Spain and Portugal before the tour reaches Dubai for a US$10.5 million double-header.