Why power plays on the PGA Tour, a Steph Curry redux and what to expect at Quail Hollow 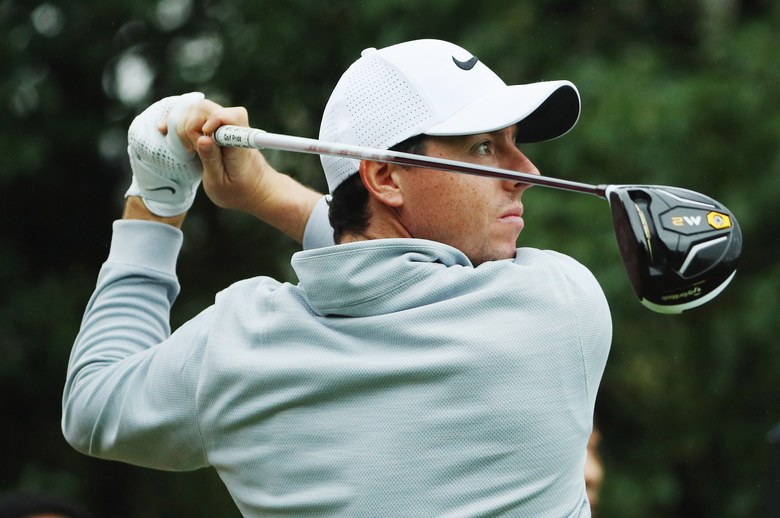 By Brian Wacker
John Daly was the first player on the PGA Tour to average more than 300 yards off the tee. The year was 1997, and Daly finished the season at 302 yards, seven more yards than that year’s Masters champion Tiger Woods.

Last week at Firestone Country Club, Rory McIlroy hit 52 of 56 tee shots 300 yards or more. This season, 40 players are averaging 300 yards or more off the tee on the PGA Tour, led by Dustin Johnson and his 314.3 average (though McIlroy would top the list at 318.8 yards if he played enough rounds to qualify).

More players are hitting the ball farther than ever, but being long is also becoming more integral to success.

“The power game is the new direction of golf,” says Dave Stockton, a two-time winner of the PGA Championship in 1970 and ’76 who was also among the shorter hitters of his time. “But what creates the power sure doesn’t help the short game. Very few, such as Tiger and Jack, could do both.”

The long ball has always been advantageous in golf of course—being closer to the hole means a shorter club into the green and a better chance of getting the ball close. But with each passing year it’s becoming even more important to success—what used to be a 6- or 7-iron in for “hitters” 20 and 30 years ago is now a wedge for today’s players.

As Stockton noted, very few have prodigious length and a phenomenal short game. In the current era, Jason Day and Rickie Fowler come to mind.

And this week at Quail Hollow length figures to be a factor again—McIlroy, Fowler, J.B. Holmes, Tiger Woods and Vijay Singh are all past winners of the Wells Fargo event played here and each is well known for their long-ball prowess.

The point? The old adage “drive for show, putt for dough” still has merit, but isn’t quite as prophetic as it once was. With the rare exception, players today have to hit it far to stay at the top. 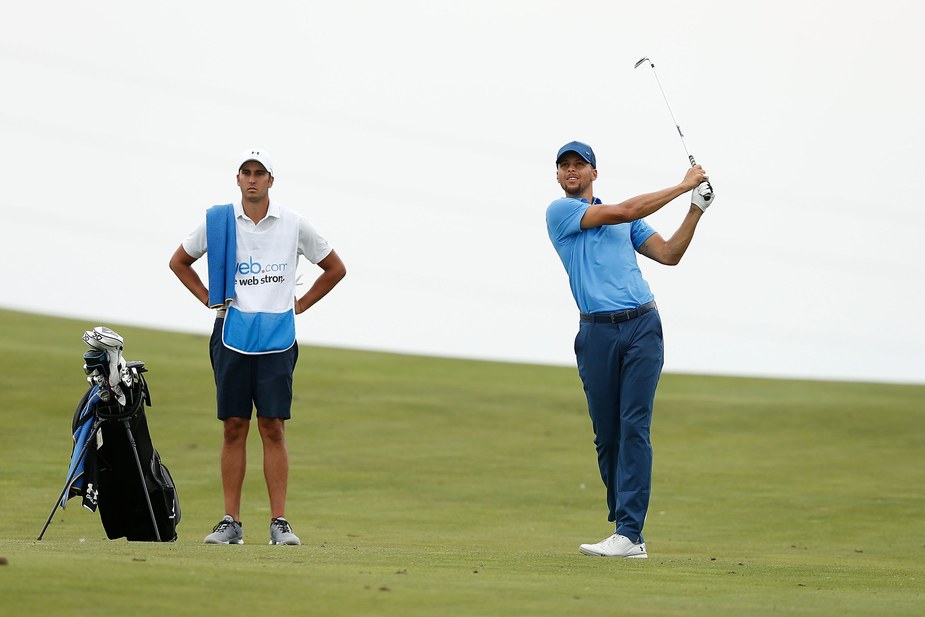 Before basketball superstar Steph Curry even hit a shot at last week’s Ellie Mae Classic on the Web.com Tour, bets were being bandied about by the guys in the field who play golf for a living. The props among players ranged from Curry, who has a handicap index of +0.7, not breaking 80, to finishing in last place by at least 10 shots.

“I won a little bit of money,” confessed one player on the Web.com Tour I spoke with. “He’s a decent player, and with the way the course was set up, it was pretty easy. I thought he’d shoot right around where he did.”

In the end, the basketball player beat just four other golfers (one of whom was an amateur), but his pair of 74s were more than respectable and a lot better than what many expected.

“I saw a lot of fans in basketball jerseys,” said Erik Compton. Count the former PGA Tour pro who was in the field, and who plays a lot of golf with former NBA player Ray Allen, among those who also came away impressed.

“He’s a good player,” said Compton, who found himself checking his phone to see how Curry was faring. “Ray has a better swing than Steph—he has a tour pro’s swing and I’ve seen him be four or five under after six holes—but Steph was polished.”

And a few players cleaned up, too.

Tuesday’s announcement of the PGA Championship’s move from August to May, and the Players move from May back to March was the worst-kept secret in golf.

It was a process that had been in the works for years and reported as all but a done deal last fall. 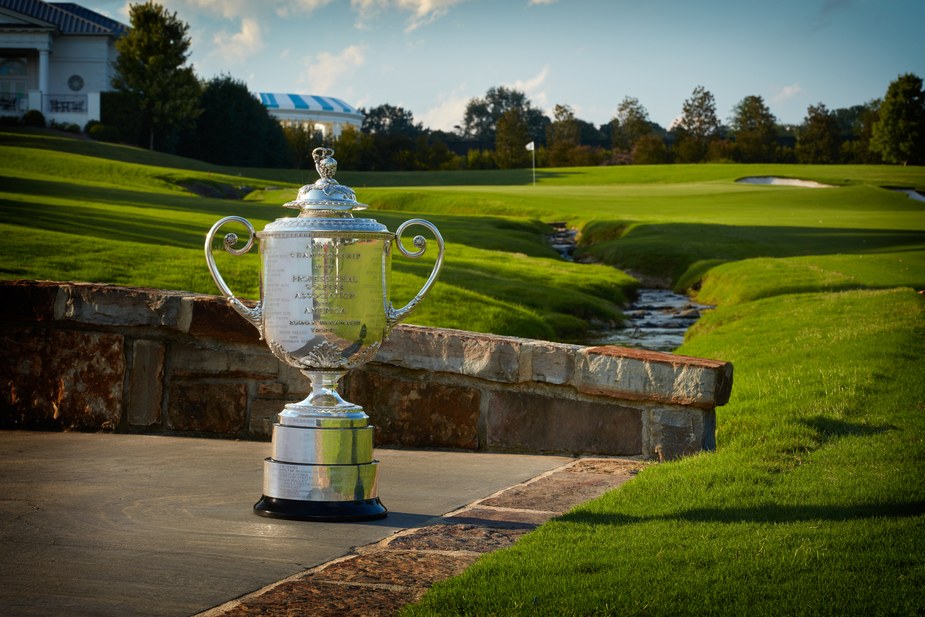 Essentially, the golf calendar beginning in 2019 will look like this: The Players in March, Masters in April, PGA in May, U.S. Open in June, British Open in July, FedEx Cup Playoffs in August with the season likely to conclude on Labor Day weekend.

With less fanfare, the European Tour’s flagship event, the BMW PGA Championship, also moves from its previous spot in May to September. There it will share the stage with the Ryder Cup and Presidents Cup to set up a steady and predictable run of big golf for seven months.

The announced changes will also impact the schedule elsewhere. For example, what would it mean for the two WGC events that were played in March? What about the Playoffs?

“If we had made all the decisions and everything was ready to go, that’s what we would be announcing today but we’re not there,” PGA Tour commissioner Jay Monahan said. “We have more work to do.”

RELATED: Will this new schedule create an actual offseason?

I think that the PGA Tour gets the better end of the deal in the March/May swap, but the PGA Championship does get a better date for TV ratings. It wouldn’t be a surprise, either, to see the PGA of America benefit in additional ways from this deal and its partnership with the tour—meaning anything from more player involvement in some of its initiatives, to, according to some, participation in an event of some sort. …

I think this will be an awfully wet PGA Championship with Friday being the worst of it, at least according to my Weather Channel app. …

I think tour players practicing in shorts is a good idea, but it feels and looks odd, particularly at a major. The players love it, of course, but it does take away some of the feel of this being such a big event. Maybe save the rule for Mondays and Tuesdays of regular tournaments.

McIlroy and Fowler have a history at Quail Hollow, but with all the rain and soft conditions expected this week there should be plenty of birdie opportunities, which only opens the tournament up to more players. Still, it feels like Fowler will win a major at some point soon and he arrives off a good weekend at Firestone. The same can of course be said for Hideki Matsuyama, who blistered that course on Sunday with a 61 and has been moving the right way in terms of contending for a major, particularly at the PGA. As for Jordan Spieth and completing the career Grand Slam, when the storyline feels too good to be true it usually is. I guess that means I’m taking Hideki. 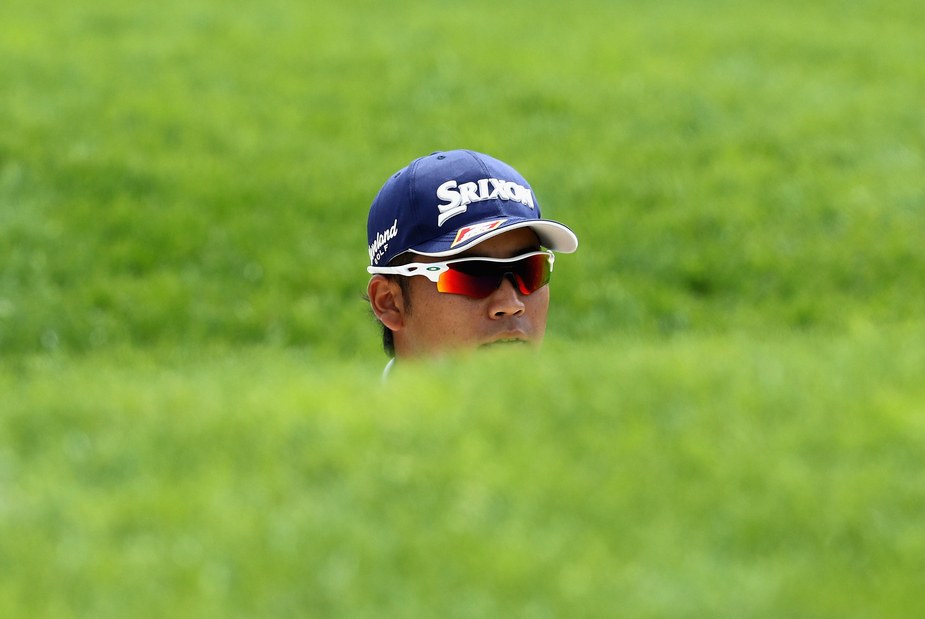 David Cannon
Hideki will have no place to hide after he wins his first major.