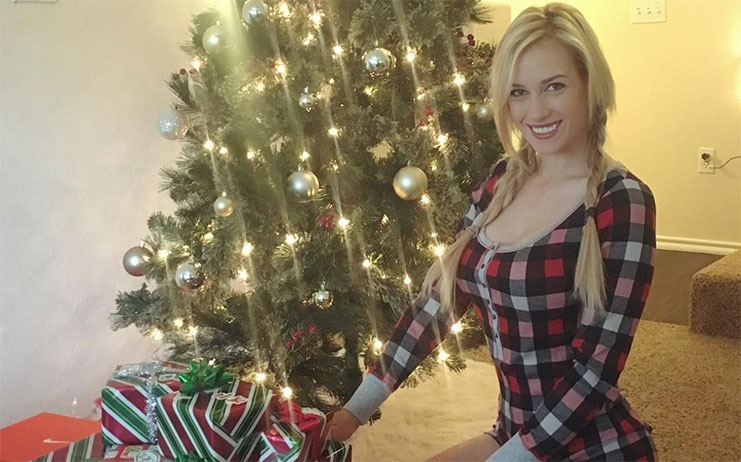 We love the holidays and so do golf’s leading tour pros. Check out how some of the game’s biggest names said goodbye to 2016 and rung in the New Year.

No prizes for guessing where Lee Westwood saw in 2017.

Saturdays may be for the boys but they are also for onesies. Merry Christmas Eve and Happy Holidays to everyone! ❤? #onesies #Christmascheer

World No.1 Jason Day just did it by switching to the Swoosh, announcing an apparel deal with Nike with a gangsta New Year’s day billboard style Instagram post. Here’s hoping the Aussie can get through 2017 in good health.

Meanwhile women’s No.1 Lydia Ko was a little more festive.

Merry Christmas everyone!! Hope its one full of so much joy, love and every moment is one to cherish ❤️?❤️? 메리 크리스마스 ? 사랑하는 분들과 좋은 성탄절 보내세요~~~ #Xmas

Four-time Omega Dubai Ladies Masters champion Shanshan Feng was looking forward to a break from the sticks as well.

Finally it's holiday!! ✌️✌️Wish all of you a Merry Christmas! #happyholidays

Greg Norman, chillin’ with wife Kirsten Kutner, on the way home from a break in Bhutan.

Our final leg of our journey home from #beautifulbhutan?? Happy New Year from the skies everyone. And may 2017 be full of health happiness love and success for all ??

Talking of legends, how about nine-time major champ Gary Player renewing his vows with wife Vivienne after 60 years of marriage. Easily the classiest golfing act of 2017 thus far from the Black Knight.

After 60 years of marriage, Vivienne and I quietly renewed our wedding vows again today at home with our family #love #happy #joy #life

“Rolling into ’17 like…” – Rickie Fowler re-posted our absolute favourite social media pic of 2016 after seeing in the New Year with, well, no one particularly special it seems. Might we see an influx of female admirers outside the ropes when Fowler defends the Abu Dhabi HSBC Golf Championship from January 19?

ICYMI: How could you possibly top Tiger’s “Xmas tradition that my Kids love” – the classic “Mac Daddy Santa”?

Xmas tradition that my kids love. Mac Daddy Santa is back! -TW

…While LPGA star Lexie Thompson gets in a final 2016 workout.