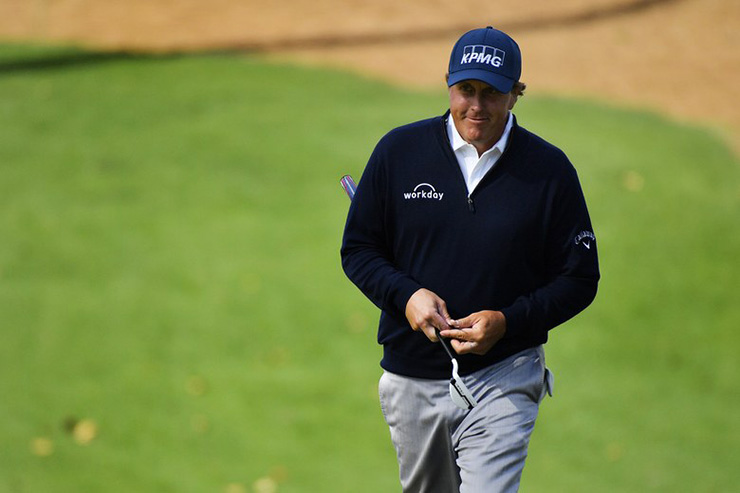 During the first round of the 2017 Masters Tournament held in Augusta, GA at Augusta National Golf Club on Friday, April 7, 2017. (Photo by JD Cuban)

Unless there’s a significant change in the weather forecast, Phil Mickelson doesn’t intend to make the USGA—or first alternate Roberto Diaz—wait too long on Thursday before formally giving up his spot in the U.S. Open field.

The six-time runner-up told Golf Digest’s Tim Rosaforte that should the predicted early light rain followed by clearing skies hold for Erin Hills, and it doesn’t look like play will be delayed enough for him to fly from California, where he’s attending the high-school graduation ceremony of his daughter Amanda, to Wisconsin for his 2:20 p.m. tee time, that he’ll give tournament officials early warning that he’s not coming.

“I know the forecast isn’t looking good, so I’ll most likely wait to make sure they tee off in the morning,” Mickelson said. “If the forecast continues to look good [for later in the day], I’ll withdraw first thing in the morning [California time] is my game plan.”

Mickelson spent Wednesday in San Diego, attending the eighth-grade graduation of his son, Evan. Afterward, he got some practice in with his instructor, Andrew Getson, just in case Mother Nature decides to do him a favor back in Wisconsin.

“If there’s only a 5-percent chance, if the forecast looks like it’s going to be clear all day, there’s no sense [waiting until the last minute],” Mickelson said. “But if there’s a chance, I’ll be ready. I’ll have everything ready to go.” 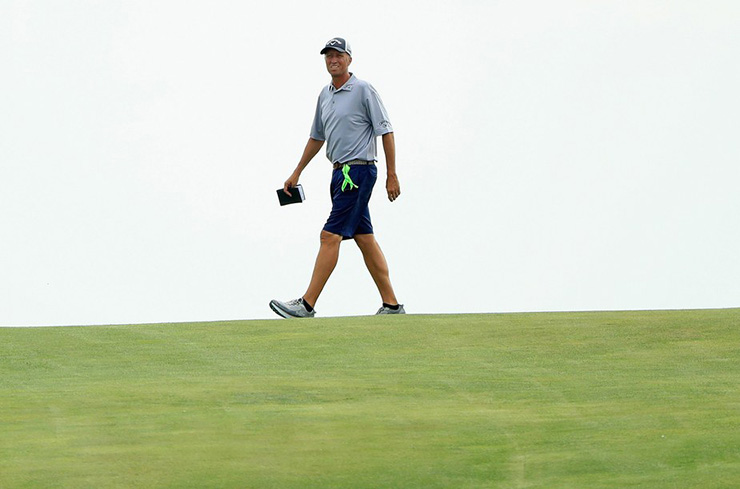 Jim Mackay, caddie for Phil Mickelson, walks across the course during a Wednesday practice round prior to the 2017 U.S. Open. (Photo by Andrew Redington/Getty Images)

Mickelson’s caddie, Jim (Bones) Mackay has been onsite at Erin Hills, gathering information about the course in the event Mickelson is somehow able to get to the course in time to compete in his 27th Open.

“It’s fine,” Mickelson said about missing out on the chance to try and claim the only major he is missing. “There will be a lot of other tournaments, there will be other U.S. Opens. This is a very special family moment that doesn’t come along too often, and I’m excited to be there. I’m excited to watch her speak tomorrow. … I hope this works out, but I won’t be sad or disappointed if it doesn’t. There’s going to be a lots of other tournaments.”