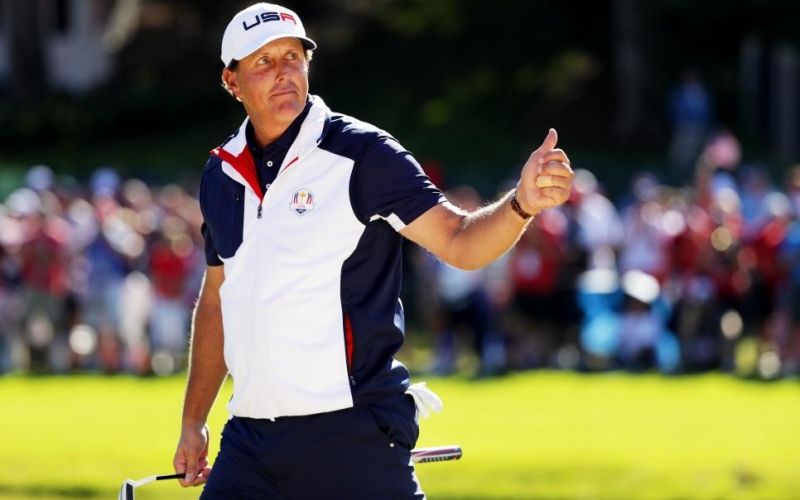 Streeter Lecka
Phil Mickelson has been a part of every Ryder Cup since 1995. That streak will continue this fall at Whistling Straits. Just in a different capacity.

By Joel Beall
United States captain Steve Stricker announced Wednesday that Mickelson and Fred Couples have been added to the team as vice-captains.

“I’ve been staying in close contact with both Freddie and Phil, talking about all things Ryder Cup, for a while now,” said Captain Steve Stricker. “They provide honest and impactful feedback, and both have such a passion for the Ryder Cup. I’m honoured that they were willing to join our team and help put us in the best position to win in a few weeks at Whistling Straits.”

Mickelson has made 12 Ryder Cup appearances and played in 47 matches in his career, both team highs for the American side. After becoming the oldest major championship winner in history with his triumph at the PGA Championship, Mickelson was very much in the running for a captain’s pick for the red, white and blue. But while Mickelson’s Wanamaker, coupled with his Ryder Cup experience, made him a viable candidate, his play dropped following his Kiawah triumph, posting just one finish inside the top 60 in eight tour starts since the PGA. Mickelson acknowledged at last week’s BMW Championship that he would still love to be a part of the American club even if he couldn’t participate as a player.

As for Couples, his participation is not a surprise; Patrick Cantlay accidentally broke the news following his win at Caves Valley Sunday night. Couples played in five Ryder Cups in his career, and served as a vice-captain to Davis Love III at the 2012 match. Mickelson and Couples join Davis Love III, Jim Furyk and Zach Johnson as Stricker’s vice-captains.

Our editors and writers weigh in on Mickelson’s appointment. 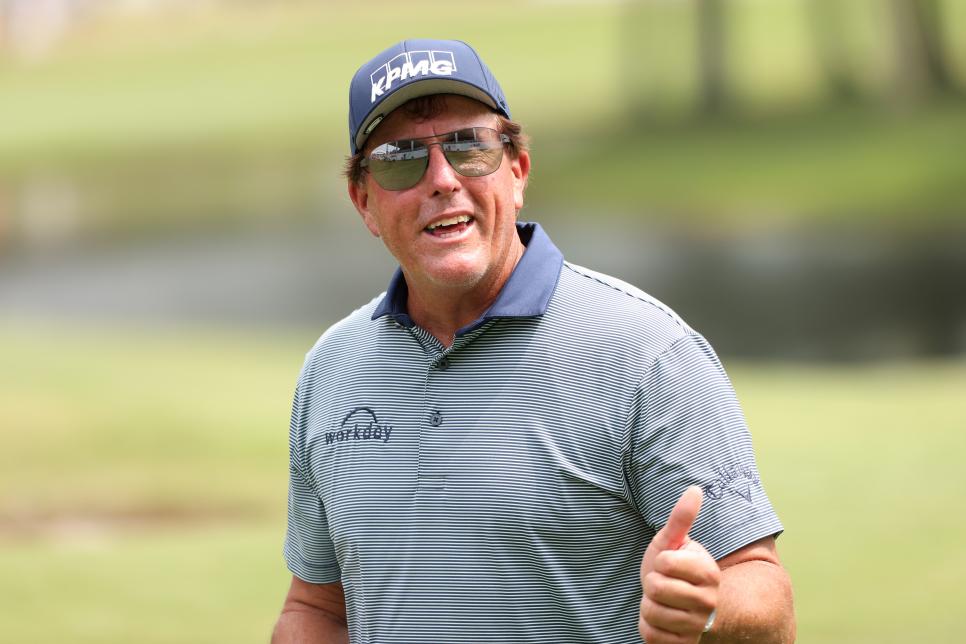 Initial thoughts on Phil as an assistant?
The true impact an assistant captain has is impossible to quantify, but it’s hard to argue that Phil will be a net negative for the U.S. side. If there are concerns about Stricker being too gentle and nice, Phil seems like a strong voice who can deliver a message that might need to be forcefully communicated. Also, not to suggest the rest of the captain’s room is hitting pop-ups to second base at this point, but Phil does play a game—in terms of speed and power—that most closely resembles all the talent up and down the roster. He plays the most with all these guys whether it’s practice rounds, games at home, and week-to-week on tour. That could be a real asset in the room when it comes to understanding and collaborating with the players on course strategy. – Brendan Porath

Oh man, are they actually going to give Phil a walkie-talkie? We can only imagine the chatter that will ensue. Phil will need his own channel. We joke, of course, because this is the perfect solution for the Mickelson conundrum. Phil wasn’t playing well enough to make team, but he was going to be sorely missed in the team room. Now Stricker doesn’t have to make the tough call, and he gets Phil and all of his inspiration in the ping-pong tournaments. Other thing is: This is Phil’s captain-in-waiting moment, but let’s hope that he doesn’t overwhelm the real chief. We can hear it now, “Hey Strick, I got this great idea …” Over the walkie-talkie, no less. – Tod Leonard

My initial reaction is I’m impressed by Phil Mickelson, golf’s ultimate showman, turning down the opportunity to play for probably one final time in one of the game’s biggest showcases. As the PGA champ, he certainly has a case to make the squad, but I think even he acknowledges that his inconsistent play—and notoriously wild driving—is not the best option for Steve Stricker’s squad. After playing in a remarkable 12 straight Ryder Cups, though, he will certainly be missed. – Alex Myers

Can I say sadness? Phil Mickelson has been on every single Ryder Cup team since 1995. That’s 12 in a row. It’s one of the more underrated stats in our sport, and today feels like the end of an era. Then I remember he literally won a major this year, so who the hell knows. – Daniel Rapaport

Which captain’s pick candidate benefits most from Phil no longer in the running?

Webb Simpson. He’s not the sexiest pick, but it’s likely Stricker will use one of his six spots on a veteran presence. Besides, dude can still play: Webb was ninth among Americans in Data Golf’s true strokes gained over the last six months, and he’s one of the best short-game players on the U.S. side (10th in SG/around-the-green and 22nd in SG/putting). That is a recipe for a viable fourball partner and exactly the profile needed for foursomes. – Joel Beall

The answer here has to be Scottie Scheffler, who literally had zero chance of making it if Phil swiped one of the captain’s picks. Now Scheffler’s chances have at least entered the “slim” category, which he can improve upon with a strong week at East Lake, where he tied for fifth a year ago. – Chris Powers

Patrick Reed seems like an obvious choice here but I think Daniel Berger most benefits from Phil now being off the board. His stat profile is absolutely indicative of someone who should be on the team. He should be there. But at 12th in points, he felt the most in danger of someone like Phil sliding in to take a spot. He still may be in danger from others, but Phil is one less wild card to worry about now. – BP

If Phil gets a vote, does he lean toward the older candidates (Simpson, Kevin Na) because he knows them better? Or does he lobby the captain for somebody younger because taking those guys under his wing is his thing. I can see Phil pushing for somebody like Scheffler, who reminds me of a young Keegan Bradley and the fun he and Mickelson had at Medinah. – TL