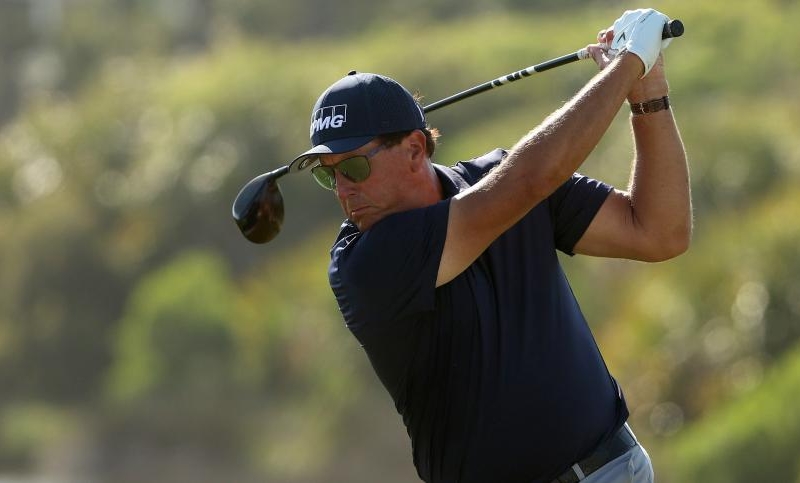 By Dan Rapaport
Phil Mickelson is no fan of the United States Golf Association. He’s made that unmistakably clear with his words (he loves to call them “amateurs”) and his actions (putting a moving ball in protest of the course setup at the 2018 U.S. Open).

It will not shock you, then, that Lefty is not a fan of the USGA/R&A’s announcement of a new Model Local Rule that will allow a professional tour or tournament organizing committee to implement a rule limiting driver club-lengths to 46 inches, down two inches from the current maximum of 48. Lefty half-broke news of the new rule back in August, when he took to Twitter to spill the beans on what he deems a “PATHETIC” rule that will incentivise shorter swings. On Tuesday, after things became official, Lefty fired up the USGA insult-o-meter once again.

“‘Stupid is as stupid does.’ Mrs Gump,” Mickelson tweeted. “Really though, are the amateurs trying their best to govern the professional game the stupid ones? Or the professionals for letting them?”

“Stupid is as stupid does.”Mrs Gump

The PGA Tour issued a statement on Tuesday saying that it would adopt the local rule starting Jan. 1, 2022.

A number of players have experimented or put longer drivers in play to increase distance. That includes Bryson DeChambeau, who frequently trains with a 48-inch driver, and Mickelson, who currently games a 47.5-inch one—and did so when he won the PGA Championship in May. However, the number of players on the PGA Tour with drivers exceeding 46 inches is relatively small; most use drivers no longer than 45.5 inches.

Mickelson is not in the field at this week’s CJ Cup but did win the Constellation Furyk & Friends last week on the PGA Tour Champions. It’s the reigning PGA Championship winner’s third victory in four starts on the senior circuit since turning 50 last June.