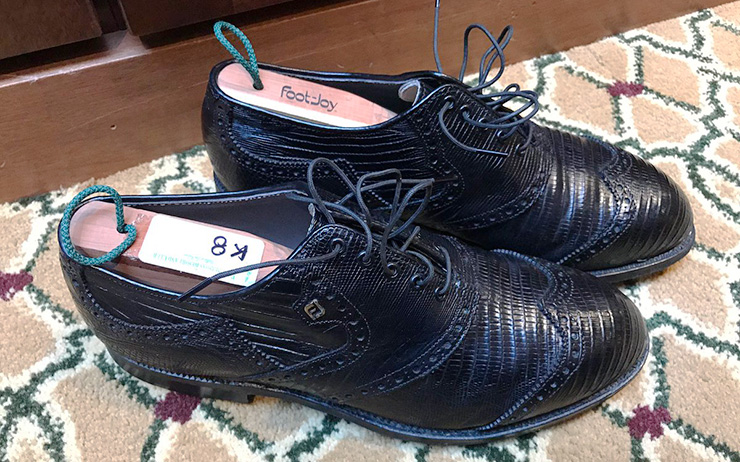 Zac Blair is one of the more interesting characters on the PGA Tour. He’s an architecture guru who plans on building his own golf club in Utah. He’s an avid LEGO collector. And apparently, he’s not above buying golf shoes. …on eBay.

Shortly before his morning third-round tee time at the Memorial, an ecstatic Blair tweeted this photo of his latest purchase:

Huge shoutout and two thumbs up to the random guy on @eBay that sold me these @FootJoy shoes. In the running for best purchase in history 🙌🏼 pic.twitter.com/Hv4AdaMNT0

We’ve heard of PGA Tour pros making unusual equipment purchases before, including the time Jim Furyk bought a used putter for $39 and then won the 2010 Tour Championship and FedEx Cup. But we’ve never seen someone get so excited over a used pair of shoes.

Then again, those bad boys are pretty sweet in an old-school sort of way. Although, now we’re curious. What else has Zac Blair bought on eBay?

UPDATE: Blair didn’t waste anytime putting his shoes to use, wearing them on Saturday at Muirfield Village while shooting his best score (71) of the week:

One man's trash is another man's treasure.@z_blair is using a pair of golf shoes he bought off eBay. pic.twitter.com/09aIIHwCik

And it turns out, this is the first time he’s bought something on eBay: