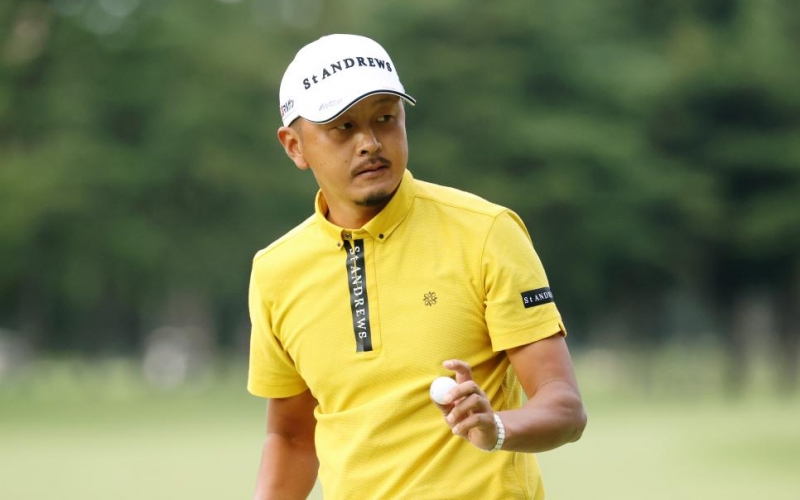 By Joel Beall
Hiroshi Iwata is leading the PGA Tour’s Zozo Championship, and he’s leading thanks to a sign of disrespect.

After turning in a seven-under 63 Thursday at Narashino C.C. in Chiba, Japan—a score good enough for a one-stroke lead over reigning Masters champ Hideki Matsuyama and rising star Joaquin Niemann—Iwata was asked if his position changes his mindset for the second round. Curiously, Iwata said he was hoping he doesn’t get extra attention, at least any attention that could distract from his game, before alluding to an incident that happened earlier in the week.

The incident? Take it away, Hiroshi:

“Someone asked me if I was a caddie when I was having a meal,” Iwata explained.

Which, in the golf ecoystem, is like a child getting scolded at Thanksgiving for trying to eat with the adults.

Granted, Iwata is not exactly a known entity in the United States—although he did tie the major championship record for lowest round with a 63 at Whistling Straits during the 2015 PGA Championship. But the Zozo event is in Japan, Iwata’s homeland, where he’s won three times on the Japan Golf Tour (including earlier most recently in May). That is a serious case of game failing to recognise game.

“Events like that would get you more fired up to play well than someone giving you compliments,” Iwata said. “I don’t want to get into the details but this person was not a player.”

Listen, athletes making mountains out of mole hills strictly to have the proverbial chip on their shoulder is nothing new; heck, Brooks Koepka is carving out a Hall of Fame career off slights, real and perceived. But in Iwata’s case, the slight is very, very real.

The only solace: Should he hang in contention heading into the weekend, you better believe people will know Hiroshi Iwata’s name.