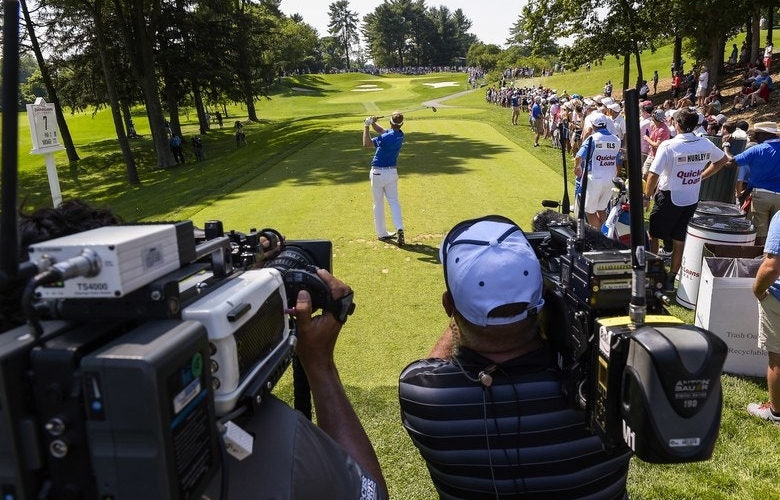 The long-awaited deal, running from 2022 through 2030, essentially maintains the status quo in the television arena. CBS will average 19 events per year through the lifespan of the contract while NBC will get eight events in addition to airing early round and early weekend coverage on its Golf Channel platform. As was previously reported, the networks will alternate FedEx Cup Playoff coverage, with NBC assuming command in 2022.

On the digital/streaming front, ESPN has assumed the Tour’s direct-to-consumer rights within the United States, which will be offered on ESPN+. As a result of the deal, PGA Tour Live, the Tour’s subscription video service, will live exclusively on ESPN+ beginning in 2022. (Discovery owns the streaming rights to the PGA Tour outside the United States through 2030; GOLFTV and Golf Digest are both a part of Discovery.)

Additionally, the Tour secured a rights agreement for the LPGA Tour. The women’s circuit will see its programming continue on the Golf Channel along with added exposure on NBC and CBS beyond its current arrangement of majors, which are already on the networks.

As part of the deal, the Tour is assuming new responsibilities on production and technical infrastructure. Though CBS and NBC will still use their own teams in their respective broadcasts, the Tour’s participation will allow it more efficiently aggregate, distribute and develop content for its various platforms worldwide, according to the Tour.

“Following a comprehensive process of studying the market, talking to all interested parties and analyzing our various options, we’re excited to announce that we have entered into new agreements with our existing partners ViacomCBS and Comcast/NBC Sports Group, while establishing a new long-term relationship with Disney and ESPN+,” said PGA Tour commissioner Jay Monahan in a press release. “We were extremely pleased with the interest we received from the market—both with incumbents and other media companies—and are excited that our current partners shared our vision for the future, and we are equally excited to be back in business with Disney and ESPN+.

“These new deals will be a major win for our fans, bringing an elevated commitment from all three partners to help us expand and innovate our content and its delivery.”

While financial terms of the deal were not released, the New York Times and Variety report an increase of at least 60 percent from media companies over the previous deal, which was claimed to be valued at $400 million. SportsBusiness Journal reported in December that the pending deal could be worth as much as $700 million. PGA Tour announces nine-year media deals with CBS, NBC and ESPN