The PGA Championship will be moving to May, sources say 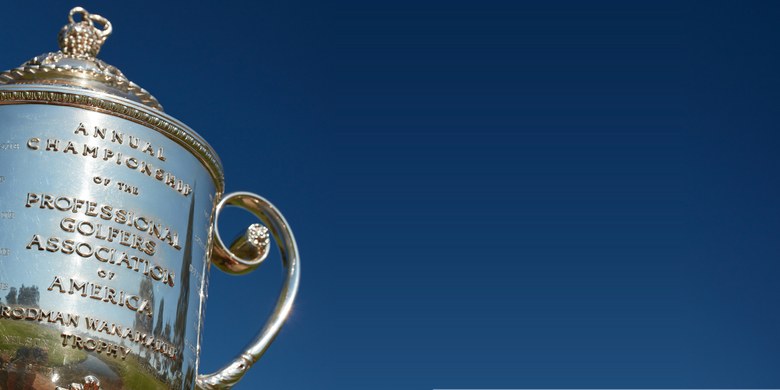 By Ryan Herrington
The PGA of America will be moving its flagship event, the PGA Championship, from its traditional August date on the golf calendar to May, sources familiar with the decision confirmed to Golf Digest. A formal announcement is expected at a Tuesday afternoon press conference at Quail Hollow Club with PGA CEO Pete Bevacqua and PGA Tour commissioner Jay Monahan.

The change in the schedule will start in 2019 at New York’s Bethpage Black.

Sources say that PGA of America officials have been quietly contemplating moving the event, shifting it to the second major in the calendar year, since as early as 2013. The potential move became more public when Monahan suggested earlier this year as he took his commissioner post that the PGA Tour would be willing to shift the Players Championship out of May to back to its former spot on the tour calendar, in March, to make room for the PGA. In turn, PGA Tour officials would like to move up FedEx Cup Playoff events into August in hopes of wrapping up the tour’s season before Labor Day.

While the PGA Championship has been held in August ever since 1971 (save for last year when it was moved up to July to accommodate golf’s return to the Olympics in Rio), the championship has been played in nine months since it was first contested in 1916. On four occasions it’s been held in May: 1937 at Pittsburgh Field Club, 1942 at Seaview C.C. outside of Atlantic City, N.J., 1948 at Norwood Hills in St. Louis and 1949 at Hermitage C.C. in Virginia.

One of the bigger questions surrounding the decision on whether to move is the impact it would have on Northeast courses that have hosted previously and might be in line for a future PGA, or courses already set to hold the event. Specifically, Oak Hill Country Club in Rochester, N.Y., is set to host the championship in 2023. Officials at the club say they believe the weather will be good enough to hold the tournament proper, but where it could be a factor is in setting up the infrastructure for the championship, which takes upwards of 100 days. Additionally, Whistling Straits in Wisconsin and Hazeltine National in Minnesota, which have both hosted two PGAs since 2002, would likely be unable to hold a future PGA this early in the season.

Conversely, the opportunity to go to different venues, including some southern locations that simply aren’t able to hold the event in August, was an intriguing option for the association, according to sources familiar with their conversations. A major championship hasn’t been held in the state of Texas since the 1969 U.S. Open, or in Florida since the 1987 PGA. Courses in these areas could now join the PGA Championship rota.

Beyond Bethpage Black and Oak Hill, other PGA Championship courses that have already been named and that will be impacted by the date change include TPC Harding Park in 2020, the Ocean Course at Kiawah Island in 2021 and Trump National Bedminster in 2022. Southern Hills C.C. will also host a future PGA before 2030.

Another motivation behind moving the PGA to May is to give it a fixed date on the calendar with the addition of golf to the Olympics. Bevacqua and his colleagues agreed to move up the 2016 PGA into July to make room for Rio and the return of the sport to the Games for the first time in more than 100 years. However, moving the PGA every fourth year wasn’t a scenario the PGA of America wanted to make a regular occurrence.

Several PGA Tour players contacted by Golf Digest applauded the decision to move to May, suggesting it was in the best interest of all parties as it creates flagship events every month from March through September.

“I think it will be a really good thing for the PGA, because it would be earlier on in the rotation when there is maybe more excitement for the majors,” said Phil Mickelson, the 2005 PGA champion. “We get to August, and that excitement kind of dwindles a little. It’s at a time of year where golf seems to linger on, so maybe there will be more energy behind the PGA earlier in the year.”

It will certainly be different for players—and golf fans—to contemplate the PGA Championship no longer being the final major on the golf calendar.