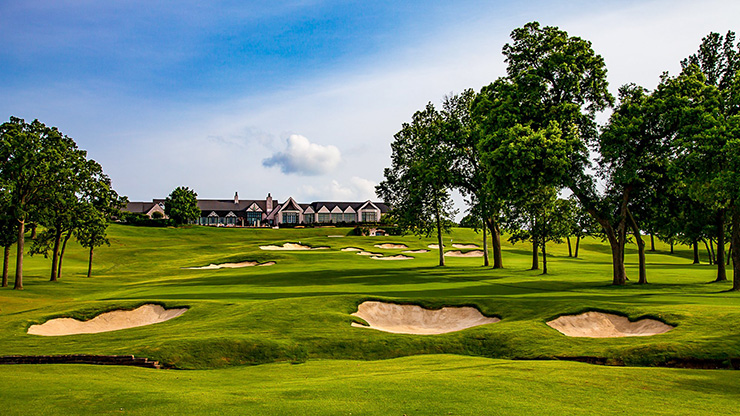 By Brian Wacker
The 2022 PGA Championship, originally scheduled to be held at Trump Bedminster in New Jersey before being pulled from the venue by the PGA of America four days after the Jan. 6 insurrection on the United States Capitol, will instead be held at Southern Hills Country Club in Tulsa, Okla. The PGA of America made the announcement on Monday afternoon without further comment.

The move to Southern Hills marks the fifth time the club will play host to the tournament, the most recent being in 2007 when Tiger Woods won by two strokes over Woody Austin.

The decision also comes less than three weeks after supporters of then-President Donald Trump stormed the Capitol during a joint session of Congress to complete President Joe Biden’s election victory. Five people were killed, including Capitol Police officer Brian D. Sicknick. Afterward, there were calls for the PGA of America to move its flagship event from the course that Trump owns.

The PGA of America selects Southern Hills Country Club in Tulsa, Okla., to host the 2022 PGA Championship from May 16-22. Excited to return to SHCC for the fifth time. The course offers a tough-but-fair test for the strongest field in golf. pic.twitter.com/Etkh81dC0X

Less than a week after the attack, the PGA made it official.

In announcing the expected move to Southern Hills, the PGA returns to a familiar home. Seven times the Perry Maxwell-designed course has hosted a major championship, including three U.S. Opens (1958, 1977 and 2001), the last of which was won by Retief Goosen, who beat Mark Brooks in a playoff. It also held the PGA Championship in 1970, 1982 and 1994 and is slated to do so in 2030 as well.