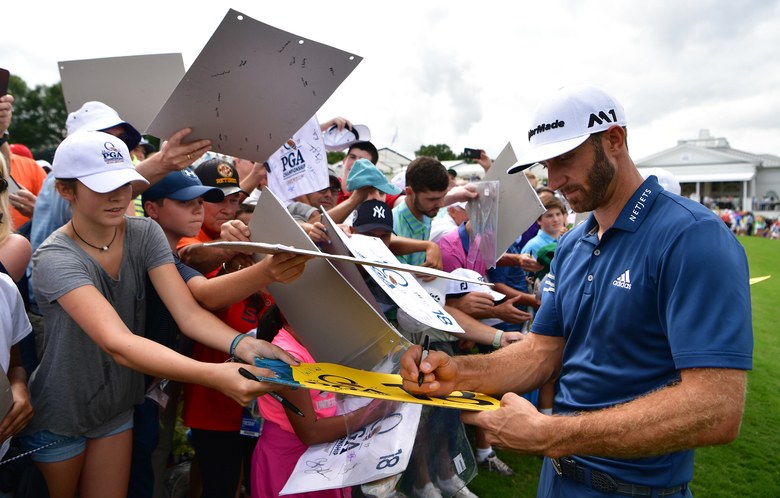 By Joel Beall
Welcome to the Dew Sweeper’s PGA Championship rundown, your one-stop shop to catch up on the weekend action from the golf world. From the professional tours, trending news, social media headlines and upcoming events, here’s every golf-related thing you need to know for the morning of August 9 (Charlotte, N.C., time).

PGA Championship to May, Players to March

The PGA of America officially announced on Tuesday that it’s moving the PGA Championship from its traditional August date to May. This coincides with the PGA Tour dropping the Players Championship to March, and, though PGA Tour commissioner Jay Monahan did not officially state this intention — it’s expected the FedEx Cup will be rescheduled for August.

Some of the upshots from this flurry of moves include opening the possibility for new venues to garner Wanamaker hosting duties (especially in the southern and western parts of the country), giving the tour’s postseason a respite from battling college and professional football for attention, and bestowing some breathing room between the sport’s five flagship events (especially during an Olympic year).

The change in the schedule will start in 2019, with New York’s Bethpage Black hosting the PGA Championship.

Offseason still not in cards 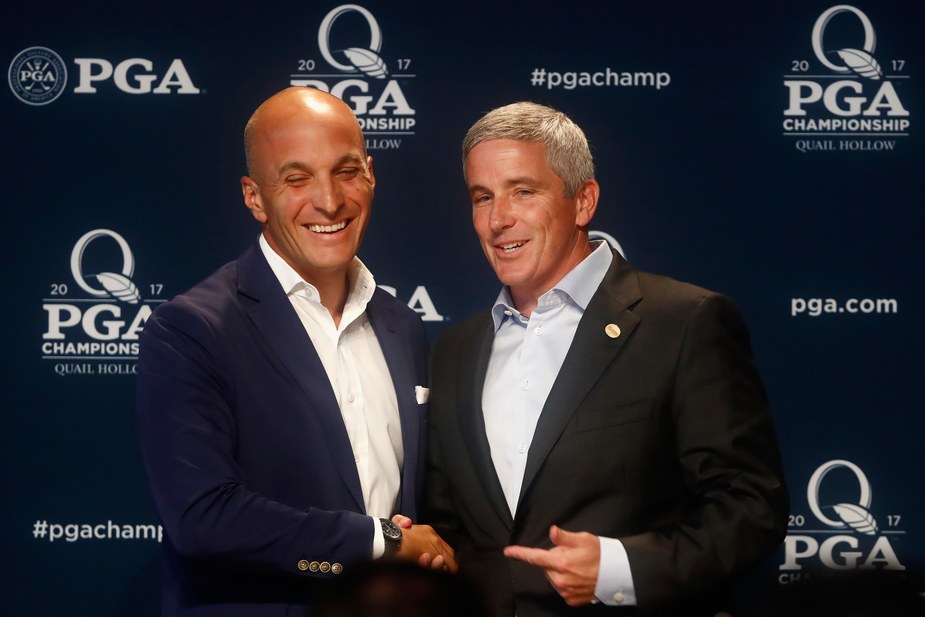 Despite this schedule shuffle, one thing that’s not changing is golf’s down time. Or should we say, the lack thereof. When asked about a potential offseason, Monahan brushed the notion aside.

“I would say going back to the advent of the FedEx Cup, the wrap-around season has elevated all of our events,” Monahan said during the press conference. “I think when you look at 46 events over the course of the season, right now, I don’t expect that to change. I think that works very well for our product, and candidly, as a sport, a true international sport, being on all the time and showcasing the world’s best players over that period of time, we think is very helpful.”

Though there have been growing cries from the players to institute an official offseason, Monahan noted that if players play 25 events a year, that means they have 21 weeks where they’re off. “That’s five months of free time.”

We can’t believe we’re saying this, but we agree with the tour. It’s not like these guys are obligated to play like their counterparts in team sports; they’re given latitude in sculpting their own schedule. We’ve also seen in the past that, when given down time, the top-billed golfers use these off-weeks to go overseas for opulent appearance fees.

In short, though the 2019 schedule has not been created, don’t expect the number of tour events to change. 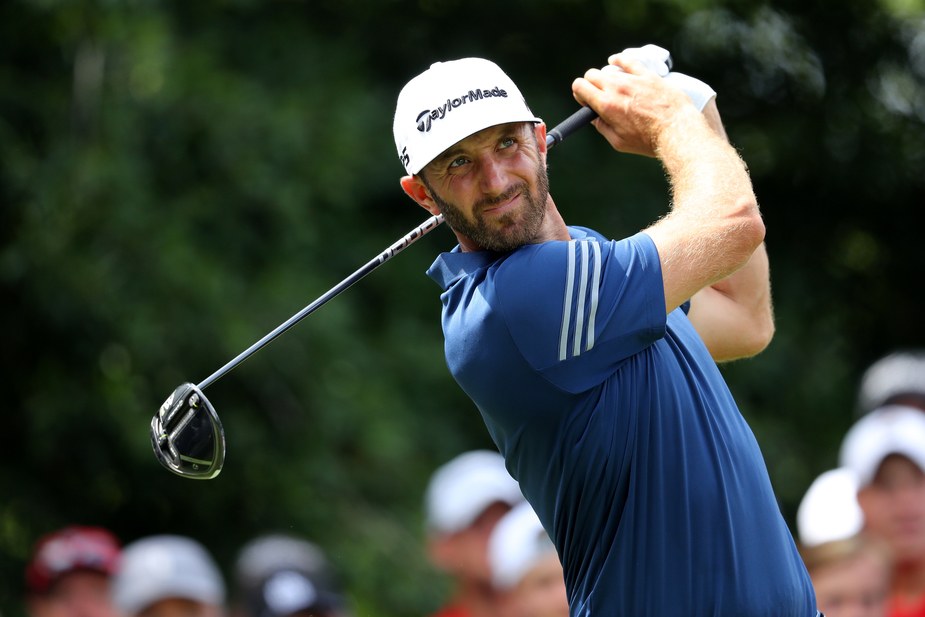 Dustin Johnson press conferences can be, ahem, monotonous affairs. The 33-year-old is honest and forthright; in that same tone, you won’t see Johnson expand on the subject at hand. Why use 40 words when four will do?

Conversely, brevity is the soul of wit, as Johnson proved with this gem regarding if he felt the PGA Championship “owed” him a title.

“No, I didn’t earn anything yet, and no, I don’t think it owes me one,” Johnson said, referring to the 2010 incident at Whistling Straits. “It was my fault. I grounded a club in what they still say is a bunker.”

Okay, it’s not John Mulaney material, but in a platform filled with “The course looks great,” “My game’s on track,” and “I like my chances,” it was manna from heaven.

Thanks to constant rain throughout the week, the numbers posted during Tuesday’s Long Drive Competition were a far cry from the rockets launched a week ago at Firestone C.C. Nevertheless, there were still plenty of fireworks at Quail Hollow, and when the smoke cleared, it was Jason Kokrak who stood atop the score board.

Kokrak, perennially one of the tour leaders in driving, carried his tee shot on the par-5 10th 320 yards. Due to the aforementioned wet conditions, his ball rolled all of…one yard.

Still, the 321-yard bomb was good enough, besting Tyrrell Hatton by five yards for the title. Dustin Johnson came in third at 315 yards.

Creamer makes Solheim Cup after all 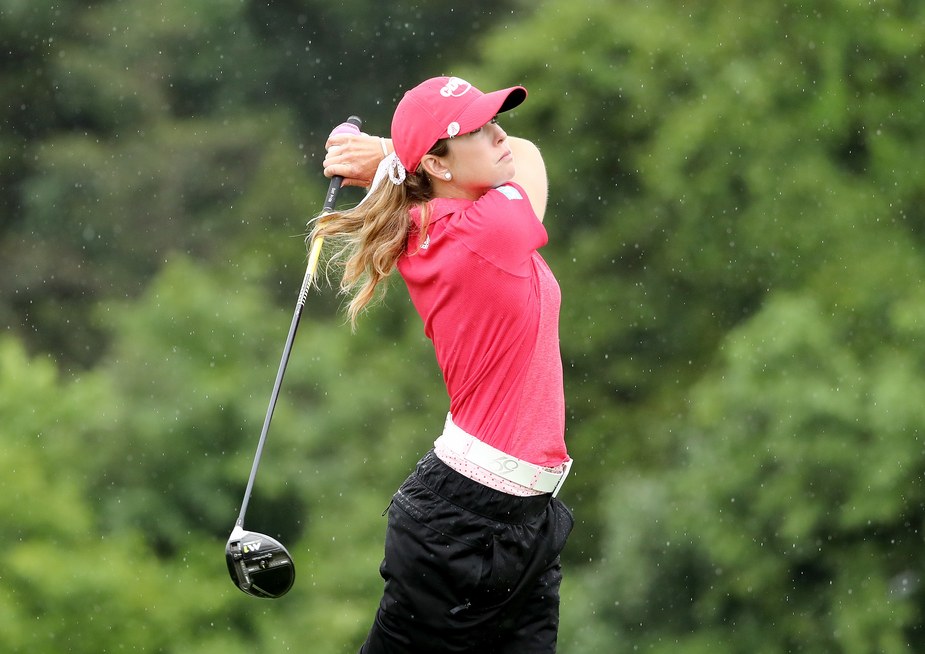 The biggest news that came from Sunday’s Solheim Cup announcement was that Paul Creamer, a six-time member of the United States squad, had been left off this year’s roster. Well, about that…

On Monday, Jessica Korda announced she wouldn’t be able to compete due to injury, forcing captain Juli Inkster to go to her envelope-sealed alternate. Take a shot in the dark who Inkster picked.

“You know what, to tell you the truth, I really didn’t have anybody else in mind,” said Inkster of selecting Creamer. “I’ve got a lot of faith and a lot of confidence in Paula. She reminds me a lot of myself as far as heart and grit, and I know she never gives up.”

This season hasn’t been great for Creamer. She’s ranked 110th in the world, missing seven cuts in 16 starts. But she played her way into the Ricoh Women’s British Open by finishing T-2 in a Monday qualifier, and made good use of her spot in the field by finishing T-16 at Kingsbarns in Scotland.

“I’m in a place where I’m in total control of my own game,” Creamer said. “I feel so confident.”