PGA Championship 2019: The best things I saw and heard following John Daly and his cart 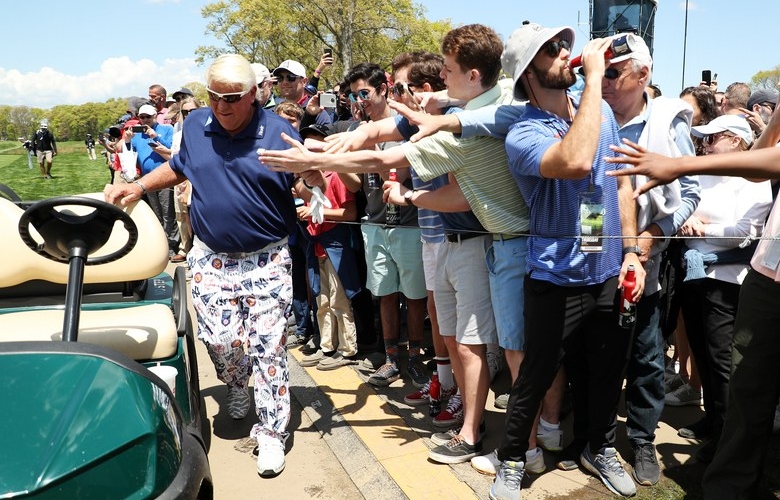 By Christopher Powers
FARMINGDALE, N.Y. — Despite having no realistic chance to win this week, John Daly and his cart have been one of the biggest stories of the 101st PGA Championship. I’m not sure what it says about the sport that an over-the-hill, cigarette-smoking, Diet Coke-slugging, out-of-shape 53-year-old driving around in a roofless cart is such a big draw at Bethpage Black, but it cannot be denied that the people still absolutely love JD.

Why? For all the reasons I just mentioned. Countless New York fans screamed out “THE PEOPLE’S GOLFER!” in Daly’s direction on a beautiful, sun-soaked Thursday on Long Island. What they were seeing resembled their own weekend rounds, the only difference being these folks are crushing beers and not an endless amount of DCs when they tee it up. Daly ripping a 3-wood, throwing in a heater and hopping in his buggy is the most relatable thing these fans will witness from a professional golfer this week, so you’ll have to forgive them for loving every minute of it.

Daly’s relatable-ness brought “Lawn-Guy-Landers” out in droves during the opening round, as crowds that resembled Tiger galleries packed around to catch a glimpse of JD in his cart. It made for a scene that only Daly could provide, and I was on hand for some of the better moments. Here are the best things I saw and heard during the five-hole stretch that I followed Daly’s group on Thursday afternoon. 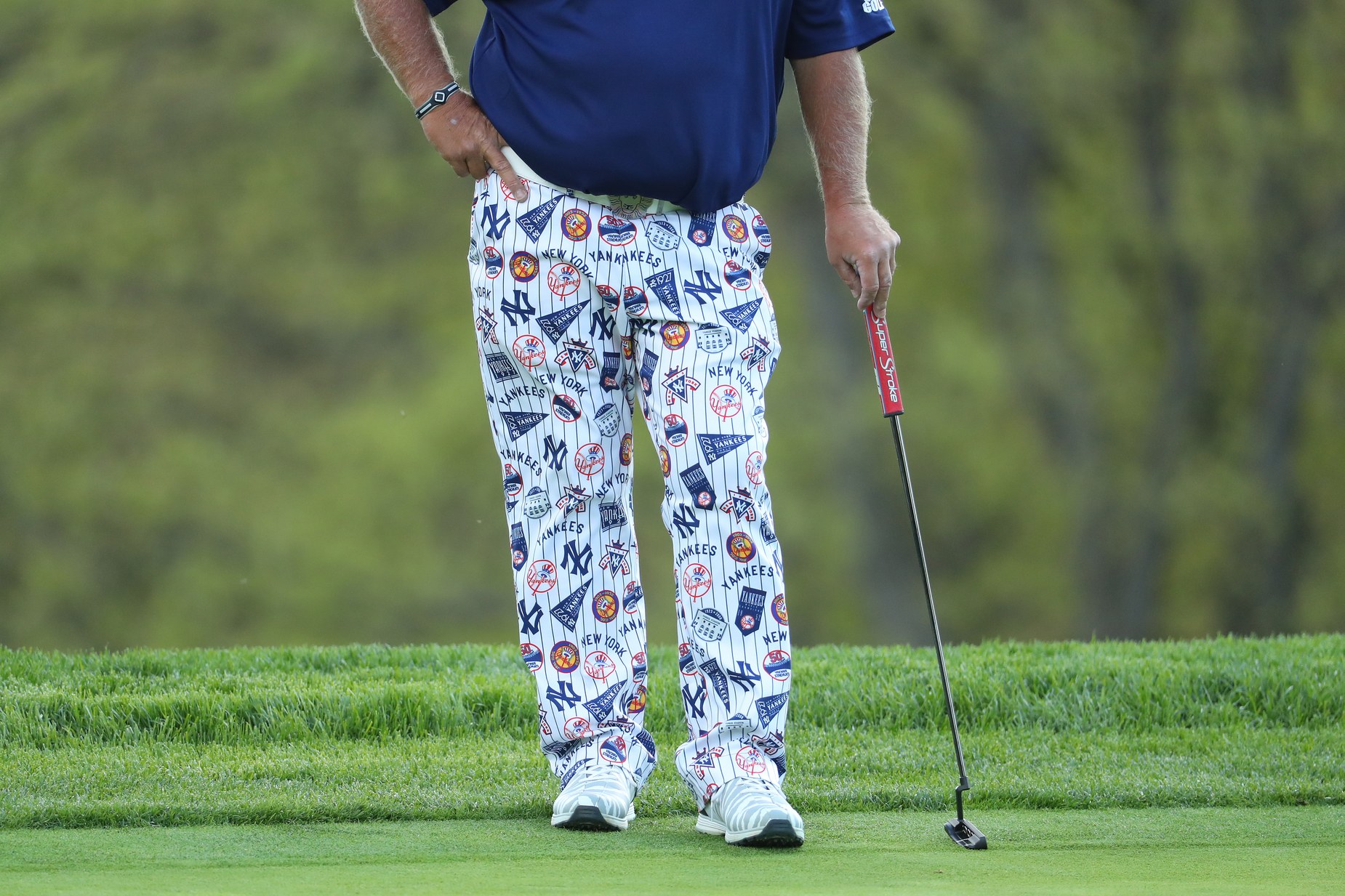 In a stroke of absolute genius, Daly rocked these Loudmouth New York Yankees slacks on Thursday. That’s how you play to the crowd, and also how you attempt to divert attention and limit the chirps over the whole cart thing. Looking for a pair yourself? They are going for a cool $110 on loudmouthgolf.com. What a steal! 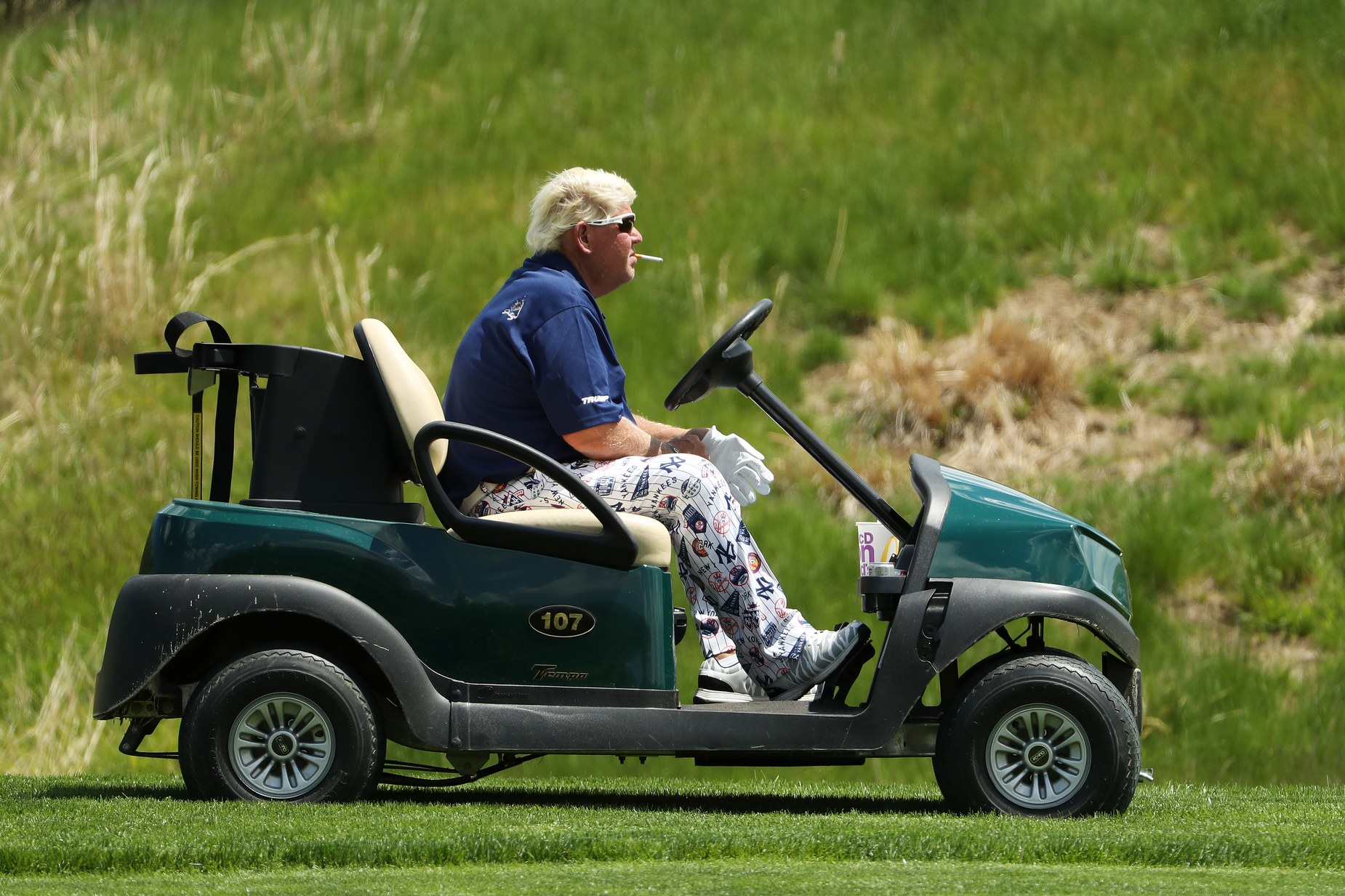 The roofless cart is always an odd sight, but it suited Daly quite well. The blonde hair was flowing beautifully with the breeze, and no roof allowed the fans to get all their high fives in and mingle with JD throughout the round. The big question when he was first given permission to ride was where the hell would he drive it? Bethpage is a walking-only course, and the cart paths are few and far between. At the par-3 17th, fans asked each other how Daly was going to get to the green. JD answered be driving directly up Hogan’s Alley (aka the strip of grass you’re supposed to aim at off the tee). “RIGHT UP THE GUT BABY, WOOOO!” one fan screamed.

Other than that, Daly knew his way around the place. It was obvious he mapped out the routes during his practice round—or likely had them mapped out for him—and he kept it in the rough the whole time. As for what was in it … Diet Cokes. Lots of ‘em:

A peek inside John Daly’s cart at the PGA. Mike Francesa would be proud pic.twitter.com/HLYHZGULH5 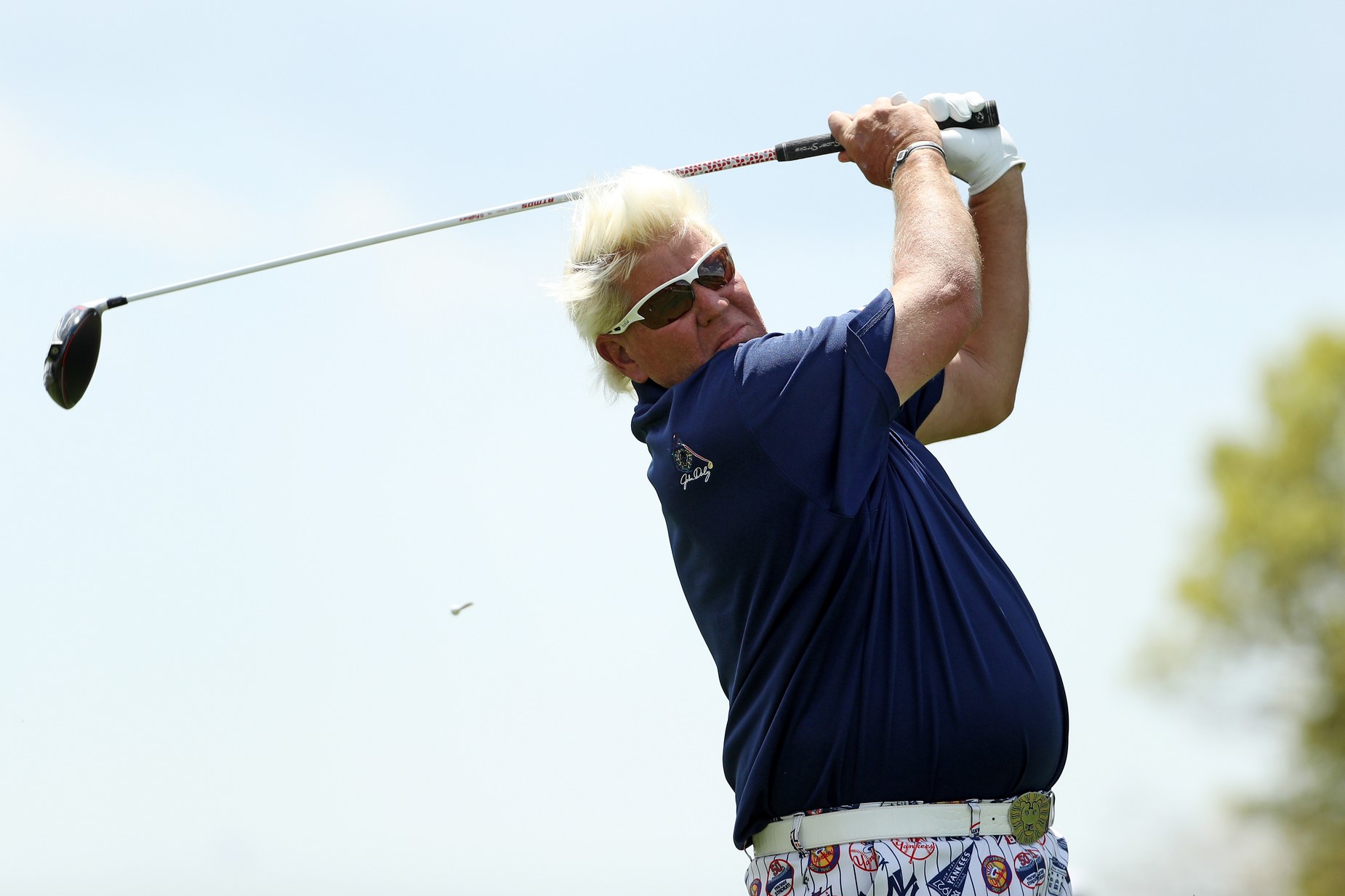 Daly finished up at five-over, which is pretty respectable at the Black for an old dude playing on one knee. Of course, it’s not good, and it’s hard for the fans to root for a guy making bogeys, but they still did their part, as did Daly with some vintage shots. At the 17th, after driving “up the gut” then through the gallery, which parted as if the Pope was riding by in the Popemobile, Daly hit what looked to be a terrible bunker shot after missing the green. Turned out to be anything but as the ball spun back off the slope to five feet and yielded a roar only two other guys playing this week can produce. He missed the par putt, but that mattered very little to the mass of Michelob Ultra drinkers on hand. Speaking of, as Daly made his way to the 18th tee, one 20-something dude took an all-time (possibly alcohol-related) spill on the hill above the 17th green. Just a few feet away, another young frat star was sporting one of the greatest “I think I’m about to puke” faces my eyes have ever seen. He didn’t, as far as I know. Respect.

Then, at the par-4 first, Daly missed his drive badly right and hit a Seve-esque punch cut that rolled up on the green some 15 feet from the pin. But again he missed the putt. He did follow by striping a 3-wood at the second and lighting up a well-earned cigarette soon after. Still got it.

The chirps
While there were some haters, I’d say 99-percent of the fans’ chirps were good-natured. Daly did his best to smile, wave and nod off each one, but these folks are relentless. Below is a sampling of everything I was able to jot down.

• “You think his playing partners are f—ing furious?”

• “Put that thing in neutral!”

• “CIGARETTE AND A BIRDIE BABY, DATS WHAT I’M TAWKIN ABOUT!”

The quote of the year
As I said, for the most part John shook off chirp after chirp and kept it moving. But on the third tee, he actually responded to a fan’s question with a quote that should be placed on his tombstone. The exchange is below: