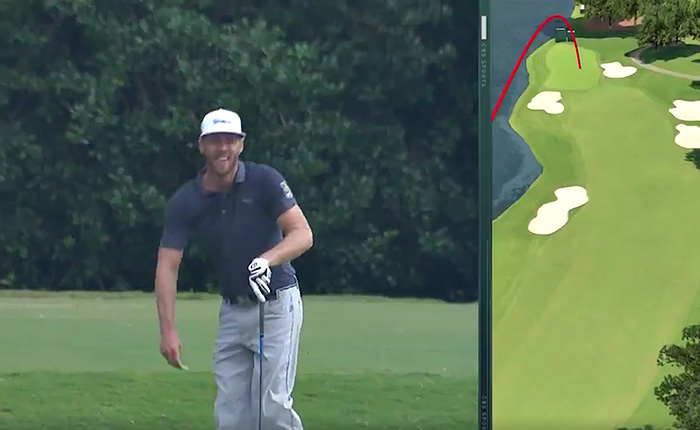 Moving day at the PGA Championship hasn’t been as thrilling as the wild third rounds that the U.S. Open and Open Championship provided. One might say we were spoiled.

But Graham DeLaet nearly saved the day with what would have been a historic shot at Quail Hollow’s14th hole. The PGA set up the short par-4 to be drivable today, and players are taking dead aim. DeLaet brought new meaning to “dead aim” with his tee shot:

Not only a near ace on a par-4, but the Canadian only needed 3-wood to almost jar it. Useful, useful shot. DeLaet, who made par in the first and second round at 14, tapped in for his eagle-2.

Had it dropped, it would have been just the second hole-in-one on a par-4 recorded in PGA Tour history, the first coming at the 2001 Phoenix Open when Andrew Magee did it on the 17th hole at TPC Scottsdale. And to think, it was almost the second in under a month.