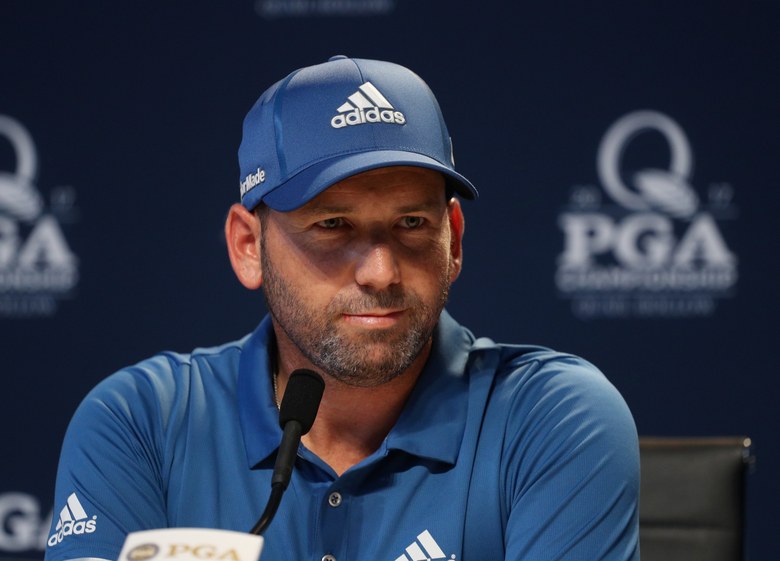 CHARLOTTE, NC – AUGUST 09: Sergio Garcia of Spain speaks during a press conference during a practice round prior to the 2017 PGA Championship at Quail Hollow Club on August 9, 2017 in Charlotte, North Carolina. (Photo by Scott Halleran/PGA of America via Getty Images)

Sergio Garcia is playing in his 19th PGA Championship this week, but it’s his first as a major champ. And his first major as a married man. So not surprisingly, the first question to Sergio at his pre-tournament press conference on Wednesday was about his recent wedding. Although, asking about Kenny G, who performed at the reception, was pretty specific.

In any event, Sergio G wasn’t in the mood to talk about Kenny G or provide any details about tying the knot in Texas with Angela Akins. Here was how the exchange went down.

Q. Obviously you could have chosen any entertainment for your wedding reception. What was it that made you land on Kenny G? And other than actually getting married, what are some other things that stood out to you from the wedding day that were highlights that you’ll never forget?

SERGIO GARCIA: Yeah, we’re here at a golf tournament. We’re not going to start talking about the wedding and everything that went on it.

But we’re here to play golf.

O. . . K then. It looks like we’re getting Serious Sergio in Charlotte this week.

And it sounds like Angela gets credit for booking Kenny G. Well done, Angela. We will be sure to direct any future Kenny G-wedding questions your way.