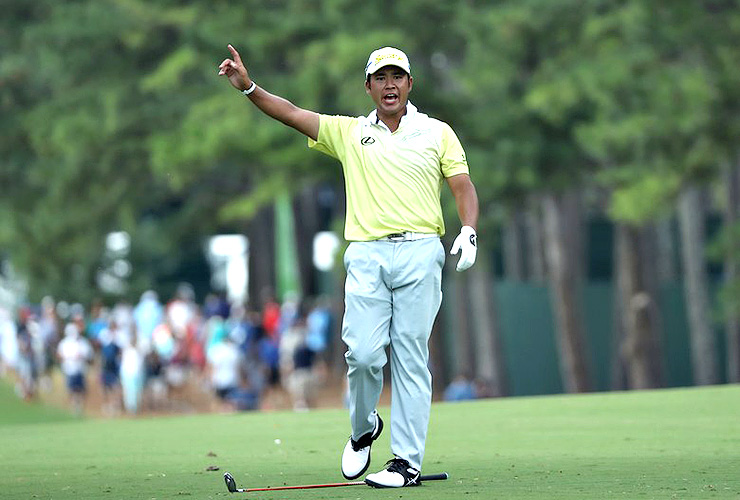 Hideki Matsuyama didn’t have his best stuff Saturday in the third round of the 99th PGA Championship, but he did his best to stay within striking range of the lead. That in itself was a win for Japan’s brightest talent.

Keeping the big numbers off his scorecard while the little ones escaped him, Matsuyama dug deep for a two-over 73 at harrowing Quail Hollow Club and will begin Sunday’s final round one stroke behind Kevin Kisner, with whom he shared the second-round lead. Matsuyama scored one measly birdie, at the par-5 seventh hole, after lighting up the course for a bogey-free 64 on Friday.

With only one player, Louis Oosthuizen, among the top 15 on the leaderboard with a major title, the year’s final major is up for grabs. But while playing partner Jason Day fell off the pace with a quadruple-bogey 8 on the final hole, Matsuyama remained within reach of becoming the first player from Japan to win a major title.

Good thing he has some experience coming from behind. Like last week at Firestone C.C. in Akron, when he tied the course record with a final-round 61 to win by five strokes in the WGC-Bridgestone Invitational. 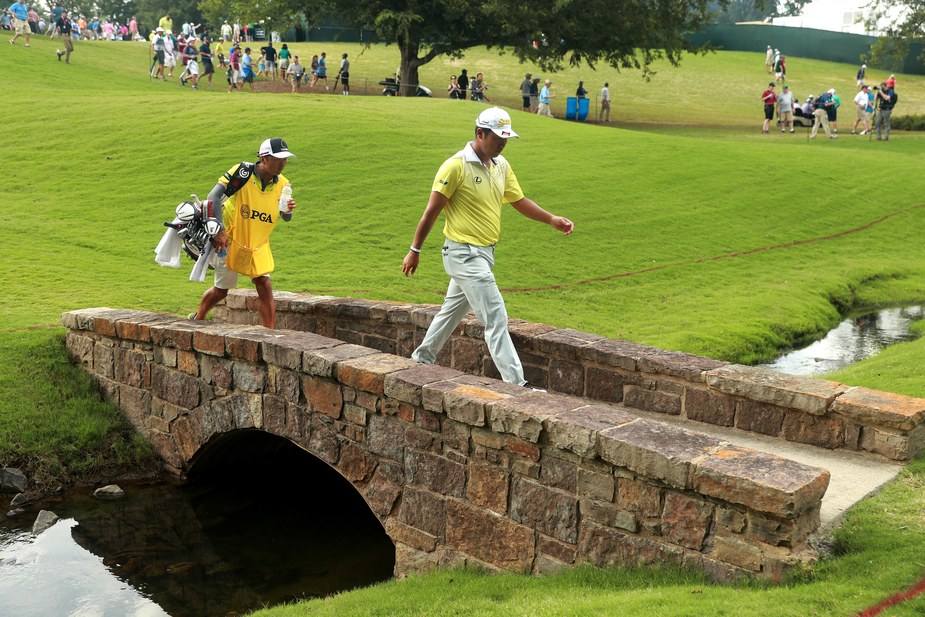 Ranked No. 3 in the world, Matsuyama is following a scoring pattern similar to his performance in the U.S. Open that produced his best finish in a major thus far, a T-2 at Erin Hills. He started slow, shot the day’s low round on Friday, and then struggled a bit in Round 3. At Erin Hills, he closed with a 66. His final-round scoring average this year ranks second on the PGA Tour at 68.64, boosted by his performance at Firestone South.

In addition to taking 30 putts on Saturday, seven more than Friday’s round, Matsuyama’s swing—which had been so dialed in the last few months—seemed out of sync. He lost a handful of iron shots to the right, and he appeared outwardly frustrated after a number of full swings, even ones that ended up finding the fairway or green.

“Probably the pressure had something to do with it, being in the last group of a major tournament,” he said through his interpreter. “But all week I haven’t been spot on. And the worries that I had about my swing showed up today in the way I played.”

It wasn’t sparkling stuff, but he largely minimized the damage.

Already a three-time winner this season on the PGA Tour, Matsuyama seemed to realize that he might have caught a break, being only one behind Kisner, who gave back three shots in his final three holes to finish at 7-under 206.

“I’m disappointed the way I played today,” Matsuyama said. “However, I’m happy to just to be one stroke back and still have a chance and looking forward to tomorrow.”

At the end of a long, hot and frustrating day, Matsuyama did exactly what you’d expect of a player who carries the reputation of one of the game’s hardest workers. He didn’t retreat to the air-conditioned comfort of the clubhouse. He stayed out on the practice putting green until nightfall.

He’s still very much in the championship.