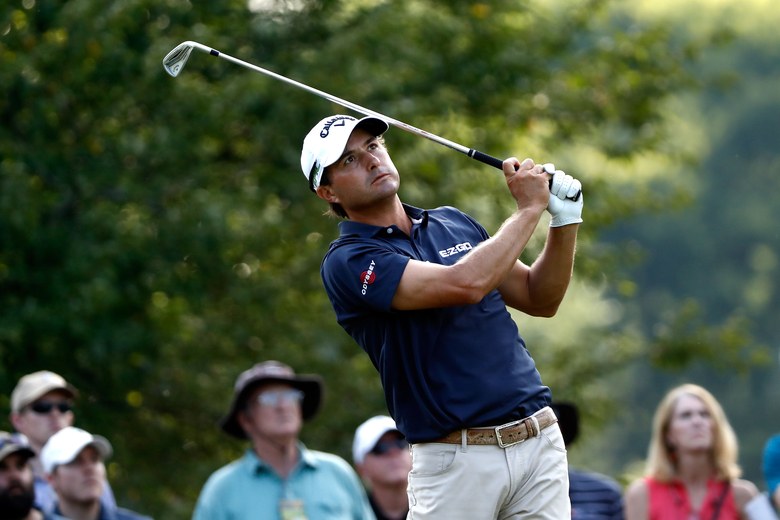 By Christopher Powers
As far as PGA Championships go, the hype surrounding the 99th edition at Quail Hollow Club in Charlotte was as big as it’s been in some time. Can Jordan Spieth complete the career Grand Slam? Will Rory McIlroy, Dustin Johnson or Jason Day find form and win the final major of the season?

Instead, the golf course was the story on Thursday, yielding just 24 rounds under par in the field of 155 players. Two of them belonged to Kevin Kisner and Thorbjorn Olesen, who each posted four-under 67s and lead by one. Spieth opened with a one-over 72.

Olesen, 27, went off in the morning and made six birdies and two bogeys to post his 67, and it seemed like only a matter of time before someone would catch him. About five hours later, Kisner was the only one who did, rolling in his sixth birdie putt of the day on the 494-yard par-4 18th. The pair played the Green Mile (holes 16-18) one under combined.

Olesen, a European Tour player from Denmark, has played in just four PGA Tour events this season, with his best finish (T62) coming at the Open Championship. He’s played well on the Euro Tour though, making 14 of 15 cuts and registering four top-10s. It’s his fifth appearance at the PGA Championship, an event he’s made the cut in three times.

For Kisner, it’s his third start at the PGA Championship, where he’s missed the cut and finished T-18 last season at Baltusrol Golf Club.

RELATED: Kevin Kisner has the perfect response to everyone who says Quail Hollow is a bomber’s paradise

Five players carded three-under 68s, including U.S. Open champion Brooks Koepka, who went out on the back nine in even par 36, but made four birdies and a bogey coming in to get within a stroke of the lead. It should come as no surprise Koepka is once again at the top of the leader board in a major championship. In 16 appearances at majors he has a victory, four top-fives and six top-10s.

RELATED: Brooks Koepka’s explanation for his success in majors sounds too simple to believe

Rickie Fowler is among a group of seven players at two under after shooting a 69 that featured a triple-bogey on the par-4 fifth. The four-time tour winner bounced back strong after the “mental mistake” as he called it, making four birdies and just one bogey on his final 13 holes.

For Rory McIlroy, who posted a one-over 72, as well as Spieth, it wasn’t what they envisioned, but they are still in the mix, five shots off the leaders.