PGA Championship 2017: Kevin Kisner was once too embarrassed to practice with other tour pros 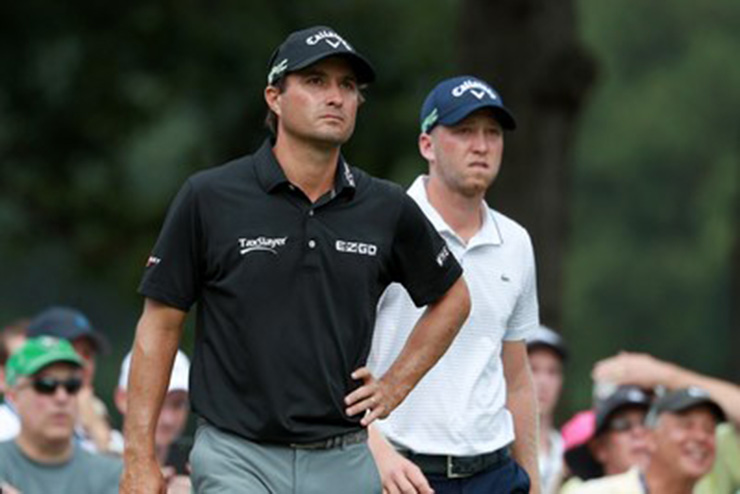 Even tour pros get the shanks. And the early leader at the PGA Championship is no different.

It was just four years ago that Kevin Kisner had the shanks. How bad was it? He’d shy away from playing with other pros. He told Golf Digest last year: “Three years ago, my swing had deteriorated so much I had the shanks,” he said. “I was embarrassed to play practice rounds with the other players.”

No longer, as Kisner has enjoyed a career rejuvenation with two PGA Tour wins, $7.2 million earned and 12 top-10 finishes in the past two seasons, and carded two straight rounds of 67 to grab a four-shot lead early on Friday. The 33-year-old hasn’t yet contended in a major, but he’s in position for a career-best major showing at Quail Hollow.

How did Kisner overcome the struggles with the driver to become one of the straightest drivers in the game (he’s in the top 15 on tour)? Some hard work with his coach, John Tillery.

“Kevin used to have a narrow stance and would never get enough pressure into his right foot, which led to spinning out,” Tillery told us. “Before we made the swing changes, Kevin’s left leg would straighten too early, causing him to swing to the right. Now the knee remains flexed as he stays in his tilts, and he swings the club into a straight line with his left arm.”

Those struggles aren’t exclusive to Kisner. Henrik Stenson’s driver yips were so bad in the mid-2000s he thought about quitting. Then he re-established himself as one of the best ball-strikers in the world — and won the British Open last year.

Kisner’s hoping for a similar turn of fate this weekend.