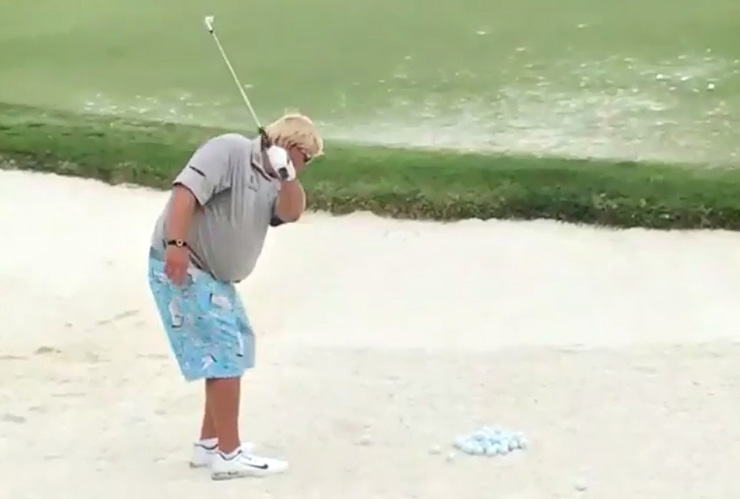 We tend to categorize John Daly as simply a long hitter with a flair for style and humor that has captured many fans over the years. But on Wednesday before the PGA Championship, we got a look at just how impressive his short game is, too.

It’s no secret that tour players are really, really good from short distance. So Wednesday’s exhibition by the 1991 PGA champion provided yet another reminder of just how impressive these guys are.

The amount of touch @pga_johndaly has with JUST his left hand is incredible. ?

We actually saw Long John putt one-handed in a PGA Tour Champions event last year (we’re still not exactly sure why), so perhaps this shouldn’t have been a surprise.

But watching Daly practice his short game for a half hour at Quail Hollow’s practice area was a sight to see — and another reason to marvel at Long John’s game.