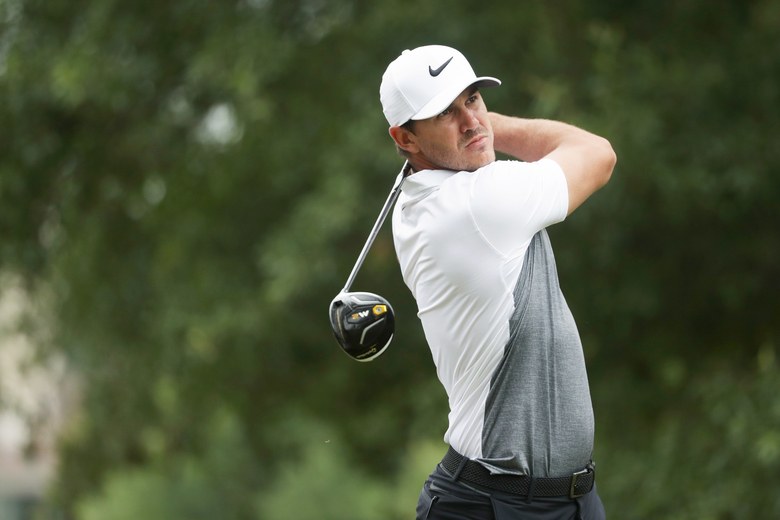 Brooks Koepka plays a shot during a practice round prior to the 2017 PGA Championship at Quail Hollow Club. (Photo by Streeter Lecka/Getty Images)

As Brooks Koepka was making his final, triumphant march around Erin Hills at the U.S. Open in June, his deep dark secret was starting to be revealed. Internet searches of the 27-year-old soon-to-be major champion exposed that while golf was his job, it wasn’t necessarily his passion. No, that was a different stick-and-ball game: baseball.

Guilty as charged, admitted Koepka, in his Sunday press conference in Wisconsin. He could be forgiven, of course, considering his great uncle was Dick Groat, an eight-time Major League All-Star with the Pittsburgh Pirates who won the 1960 National League MVP.

Fast forward to his press conference on the eve of the PGA Championship, and it wasn’t the nuances of the redesigned Quail Hollow Club, or the intricacies of his prodigious swing that brought a smile to his face. Rather, it was the simple question on why he gave up the sport to pursue golf that got Koepka riffing for the next 10 minutes about the beauty of baseball.

“I think there is so much going on,” said Koepka, expounding on the intrigue of pitchers throwing 100 miles an hour and hitting the corners of the plate or throwing curveballs that make batter’s knees buckle. “Even hitting it … I sound like a nerd right now, but hitting it to the opposite field with a guy on second, something like that. These guys can hit so well. And it’s really impressive to watch.”

That did sound nerdy. Still, go on.

“It’s really impressive when you’ve got two teams that are really battling it out, low-scoring game, a pitcher’s duel. To me, that’s so fun to watch.”

After his U.S. Open victory, Koepka took a few weeks off from golf to recharge. Among the things he did in his downtime was treat himself and a few buddies to a trip to the Major League All-Star game in Miami. But it wasn’t just about sitting in VIP seats. “This is how much of a nerd … we went to batting practice.”

Koepka’s team is the Houston Astros, although he says his favorite player to watch is Bryce Harper of the Washington Nationals. And at the All-Star game, the player he took the biggest interest in, not surprisingly, was New York Yankee rookie Aaron Judge. “He’s a beast,” Koepka said.

While at the game, Koepka got to geek out even more by saying hello to a few players. His new-found status as a major champion had them recognize Koepka and want to talk golf. But that cut into his baseball time.

Ironically, despite his long-ball prowess on the golf course, Koepka says it was his lack of power that was his ultimate undoing in baseball, why he gave it up as a high schooler.

“I couldn’t hit a home run to save my life, and I was a sucker for the curveball,” he said.

Mind you, it turned out to be a pretty smart decision considering that this golf thing has been working out pretty well for the fella.

“I mean there are a lot of things that people love, they just can’t do for a living,” Koepka said. “I love [baseball], and I’m happy I stuck with golf.”