Pebble Beach Pro-Am will have celebrities, but not fans in 2021 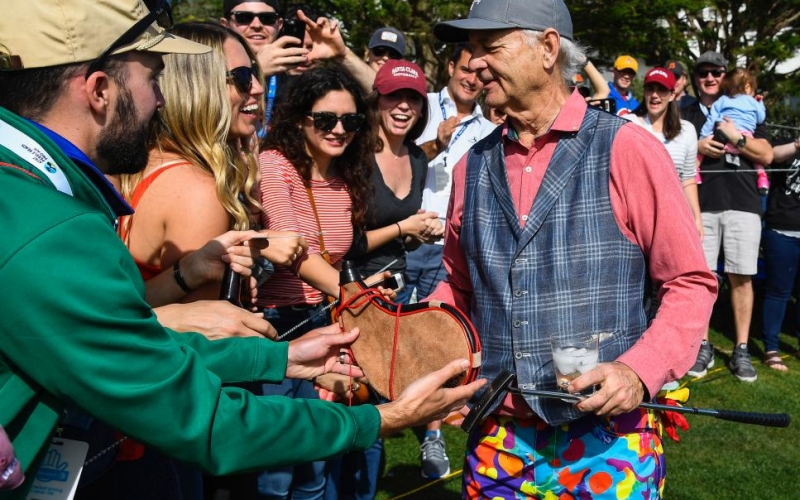 Ryan Young
Bill Murray interacts with fans during the third round of the 2018 AT&T Pebble Beach Pro-Am.

By Tod Leonard
The AT&T Pebble Beach Pro-Am is known more for the celebrities in its field and not the gallery outside the ropes. Still, the two go hand in hand, though that won’t be the case for the 2021 edition of the tournament.

Pebble Beach on Friday joined most of the PGA Tour’s West Coast Swing by announcing that it will not have fans for the event that will be held Feb. 11-14. The Sony Open in Hawaii, American Express in La Quinta, Calif, and Farmers Insurance Open in San Diego previously announced they would be without spectators due to the COVID-19 pandemic. The Sentry Tournament of Champions in Maui has said it would limit a small number of spectators to watch from a hospitality area, and though the Genesis Invitational at Riviera Country Club in Los Angeles has not made an announcement, having no fans would seem inevitable, especially after Gov. Gavin Newsom announced on Friday more stringent lockdowns in California.

Earlier this week, the Waste Management Phoenix Open said it was moving forward with plans to have a limited amount of fans onsite.

The tournaments without fans are planning to stage pro-ams to recoup some of their lost revenue, and according to the Monterey (Calif.) Herald, Pebble Beach plans to still include at least 20 celebrities in its field, with Billy Murray among them.

“Unfortunately, our 2021 event will be unlike any of the previous editions of the tournament since Monterey County remains in a tier that will not permit live audiences at professional events in California,” Steve John, CEO of the Monterey Peninsula Foundation, said in a statement. “Our top priority is the safety and well-being of our guests, partners, vendors, volunteers, PGA Tour professionals, caddies, their families, and our community. We continue to work closely with the PGA Tour, as well as local officials, to determine what our event will look like in February.”