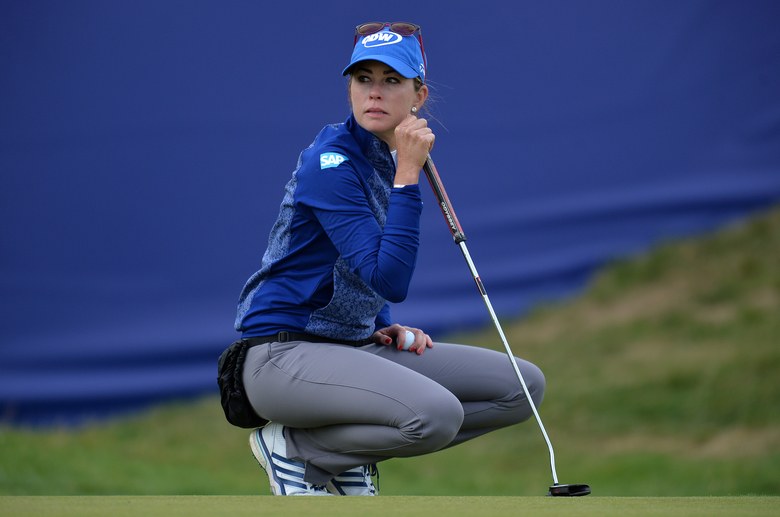 By Keely Levins
To put it lightly, Paula Creamer hasn’t had the best season. She’s missed seven cuts and she’s currently ranked 120th in the world, forcing her to play in a Monday qualifier just to get into the Ricoh Women’s British Open for the first time in her professional career. But despite being in unfamiliar territory, Creamer wound up back in the field at this week’s major championship.

Coming off a T-13 in the Aberdeen Asset Management Ladies Scottish Open, her second-best finish of the season, Creamer went straight from her Sunday round to the qualifier at the Castle Course at St. Andrews. Her 68 was good enough to tie for second, easily grabbing one of 22 available spots for the 111-player field.

World Golf Hall of Fame member Laura Davies, who has played in the championship 36 previous times, also made it through the qualifier, thanks to a playoff for one of the final spots after shooting 70 in regulation. Davies and Creamer will tee it up at Kingsbarns Golf Links in Fife, Scotland on Thursday.

The timing of the event is critical for Creamer with the U.S. Solheim Cup team being announced after its completion. With Creamer well down in the points standings, her only hope of making the American squad is via a captain’s pick by Juli Inkster.

“Would I like Paula and Morgan on the team?” Inkster said in a phone conference the week before the Ladies Scottish Open. “Yes. I know they are passionate, and I know their games, but they just haven’t shown me anything. I have to at least see something from them.”

It took an extra round just to get into this week’s tournament, but at least Creamer will have that chance to show Inkster something.