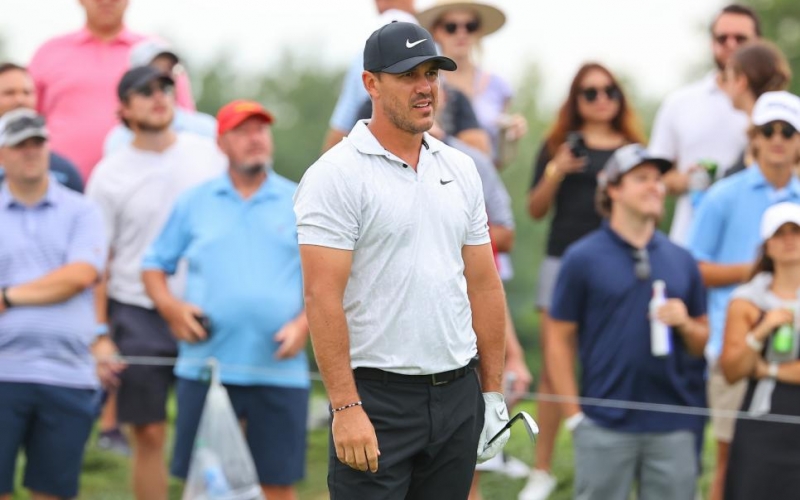 By Alex Myers
The captain’s picks have all been made for the 2021 Ryder Cup, but one former captain was pretty vocal on Wednesday about a potential personnel change.

Paul Azinger weighed in on comments Brooks Koepka made about the biennial event in a recent interview with Golf Digest Middle East. In the interview, Koepka talked about the challenges—both on and off the course—of a Ryder Cup where “you go from an individual sport all the time to a team sport one week a year.”

It’s an adjustment that all participants go through. But the comments caught the attention of many, including the 2008 winning American captain.

“Brooks, I just read that article, I’m not sure he loves the Ryder Cup that much,” Azinger said during an NBC Golf call with the media. “If he doesn’t love it, he should relinquish his spot and get people there who do love the Ryder Cup.”

“Not everybody embraces it. But if you don’t love it, and you’re not sold out, then I think Brooks should, you know, especially being hurt, consider whether or not he really wants to be there.”

“And then if you add the Bryson dynamic to that, that might be an easier decision for him. But Brooks is one of the most candid, most honest guys there ever is and if he’s blatantly honest with himself and he doesn’t want to be there, he should come out and say it. But, I don’t know, I’m a fan of both players, and I just feel like it’s gonna be one or the other. They’re gonna put the weight of the team on their shoulders or they’re gonna be a pain in the neck.”

Wow, that’s a lot. Among other things, Azinger alluded to Koepka’s wrist injury, which caused him to withdraw during the third round of the Tour Championship. And, of course, there’s Koepka’s highly publicised feud with teammate Bryson DeChambeau.

If Koepka doesn’t play, the most likely replacement candidates seem to be recent Ryder Cup star Patrick Reed and Billy Horschel, who won the BMW PGA Championship on Sunday.

Koepka wasn’t seen in videos of Team USA holding practice at Whistling Straits on Sunday and Monday. When asked the previous week, though, about his playing status, captain Steve Stricker said this: “We’re not there yet. We’ll deal with that situation if it happens.”

We’re guessing he wasn’t counting on a former captain calling out Koepka becoming part of that situation.