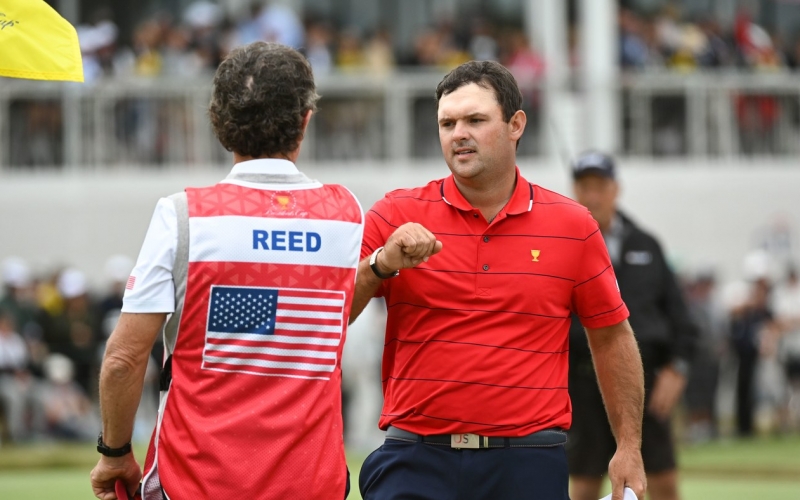 By Shane Ryan
MELBOURNE — To say the stage was too big for C.T. Pan, at least on the front nine of Sunday’s singles session, would be a massive understatement. He was grist for the mill, the loose rubble vibrating ahead of the bulldozer. Patrick Reed had never won a Presidents Cup singles match before, going 0-1-1, but that was an anomaly in a career of blistering success in the format—he won all six of his NCAA Championship matches in college, he’s won all three Ryder Cup singles matches, including the Hazeltine National blood feud against Rory McIlroy, and now he’s broken through in the Presidents Cup with a crucial 4-and-2 victory.

Walking alongside Pan’s wife, Michelle, after Reed took a 6-up lead after seven holes, she reminded me how Abraham Ancer and Marc Leishman came back from 5 down a day earlier. I nodded, as thoughtfully as I could, but I knew Reed in singles was a different beast, and I didn’t put much stock in her optimism. Credit to Pan, though—for a few holes, he made us all believe, and got as close as 2 down after sinking a birdie on 13. Then the nerves returned, and errant drives by a suddenly jittery Presidents Cup rookie on 15 and 16 finished the match. Reed was denied a dramatic victory putt when Pan conceded after his bunker shot failed to find the hole, but I don’t think he wanted that spotlight in the first place.

It was a gutty victory for Reed, who to that point had had one of the worst weeks you could script as a captain’s pick. You know the scenes of the nightmare by now—the sand incident in the Bahamas, the constant heckling from the crowd, the three losses with Webb Simpson, and the coup de grace when his caddie/brother-in-law, Kessler Karain, had to sit out Sunday singles after getting into an altercation with a spectator who yelled something that, compared to everything else they’d heard all week, shouldn’t have raised an eyebrow.

It was a gutty win even if you’re not sympathetic to Patrick Reed, and even if you think he brought the rough treatment down on himself. It was gutty because he and everyone else knew how brutal it would be, and despite the appearance of solidarity from his teammates—solidarity that will likely begin to erode, little by little, the minute the Cup ends—he’d have to face it alone. 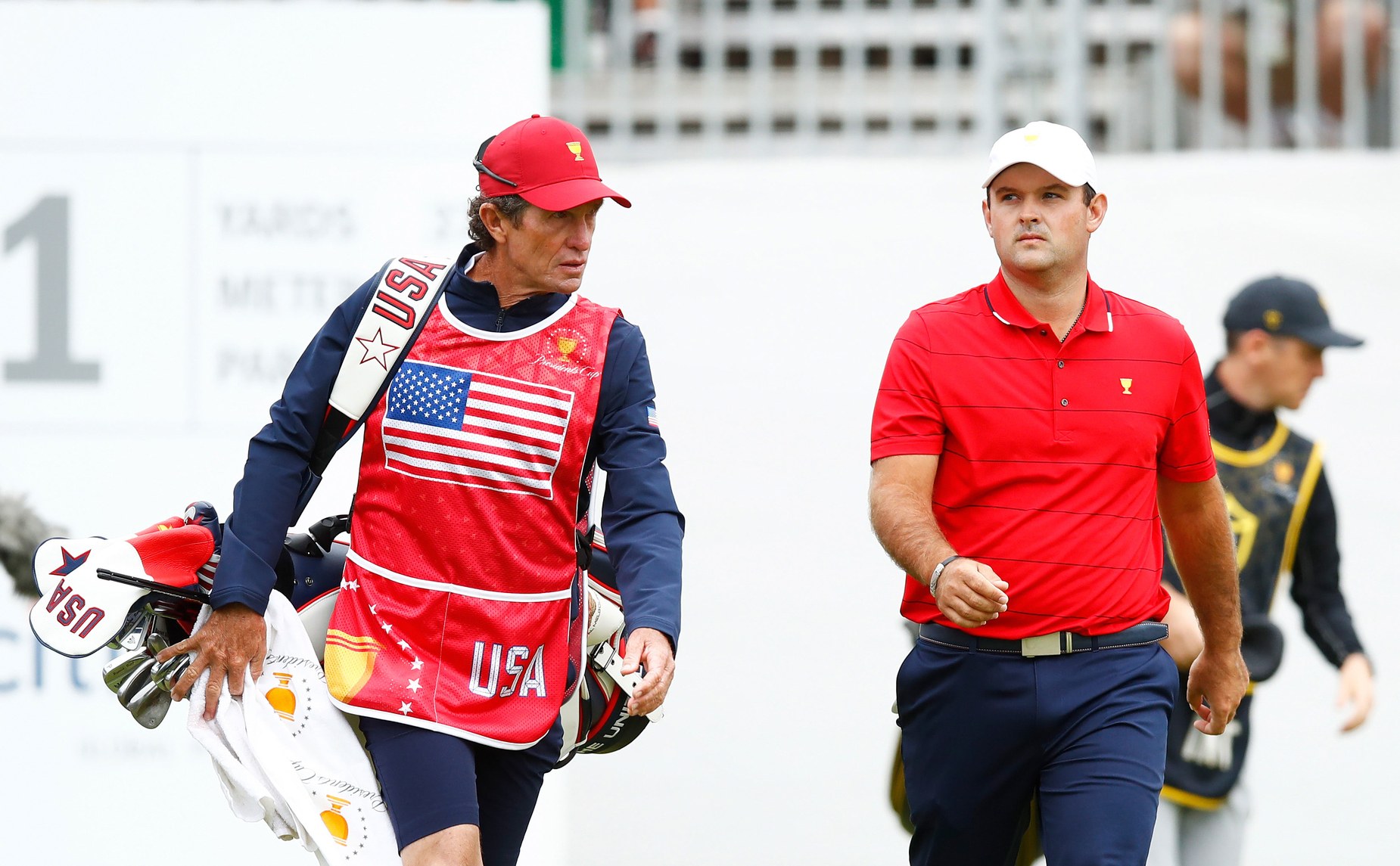 To see Reed march through the gantlet of hate on Sunday, after the worst drama had passed and only the abuse remained, was to feel an inevitable sense of pity. It didn’t matter if you didn’t want to feel the pity—he was still a human being, and he was desperately outmatched. At the start of the week, we heard endlessly from the American players and captains and fans about how Patrick loves the adversity, relishes the competition when he’s got the fans on his back, and would certainly thrive. A representative quote, from Patrick Cantlay: “He has a reputation for doing really well in match play and doing really well in those high-pressure situations, especially when there’s some scrutiny on him. … I think it will probably charge him up a little bit, and he’ll probably play well.”

Well, let’s put that nonsense to bed. It’s one thing to have some competitive adversity like he encouraged at Gleneagles during the 2014 Ryder Cup with the famous shushing, but it’s quite another when thousands of people are calling you a cheater and a coward and mocking you ruthlessly for hours at a time, hole after hole. Let Reed’s play over the first three days, and the rising tension that led his caddie to jump out of a cart and confront a fan, be a lesson for the future: When it’s you against the world, just give it time … the world is unbeatable.

There’s no need to rehash every insult thrown Reed’s way. It never got quite as clever as on the first tee, when the fans sang an altered version of “The Twelve Days of Christmas,” in which every day brings more Patrick Reed (don’t ask) leading this to exchange:

Aussie fan, unaffiliated: One is enough! 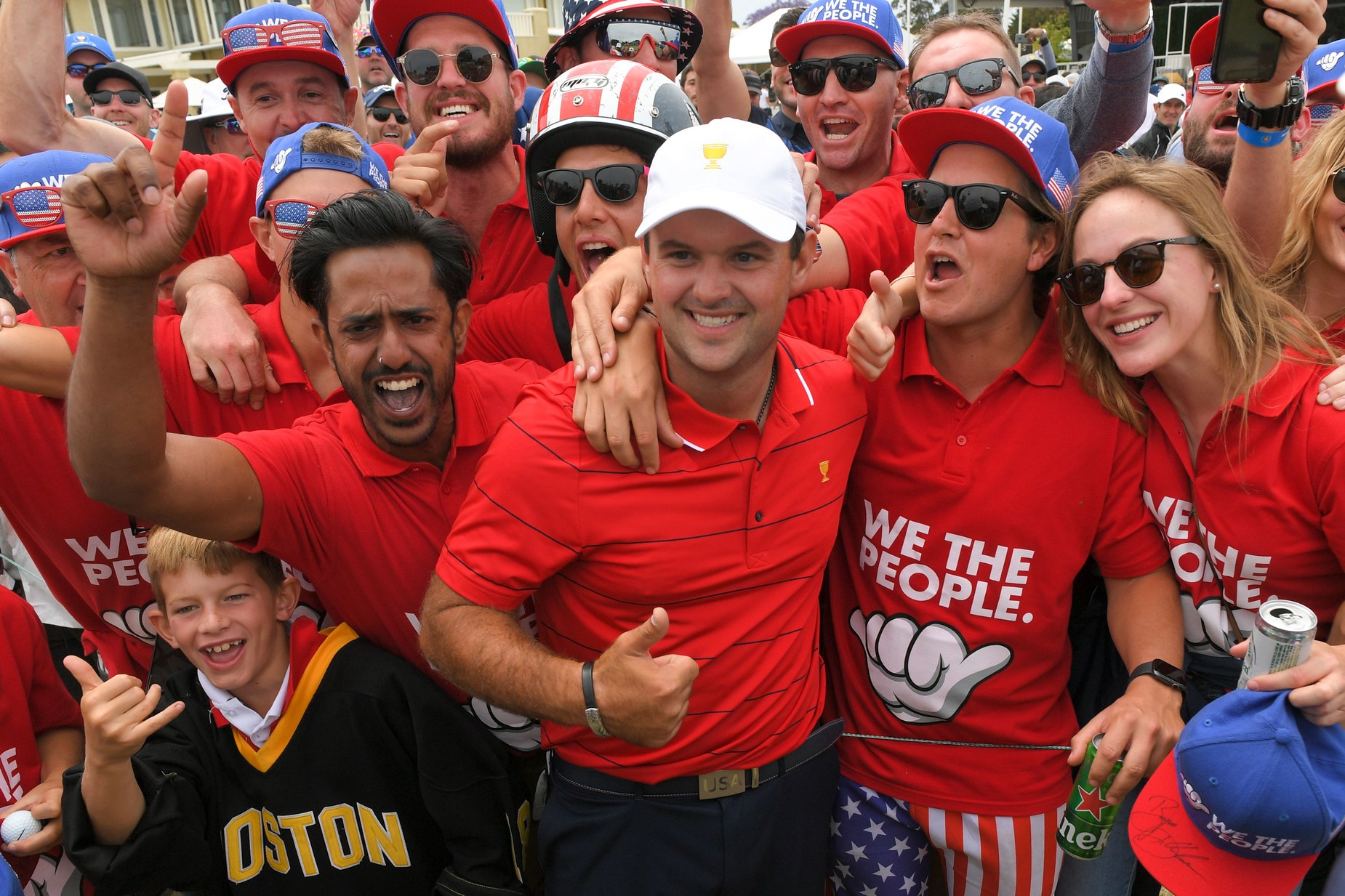 Ben Jared
Reed’s acrimony with the crowds didn’t stop him from celebrating with fans after winning his Sunday singles match.

From there it was just run-of-the-mill savagery, delivered in the piercing twang of the natives. Armed police followed Reed around the course, confronting the fans whose voices stood out against the crowd, entering the stands when necessary, and threatening to throw them off the course. The hecklers were incredulous, and not very cowed—they didn’t seem to accept a world in which yelling at an athlete had become a crime.

“I didn’t even say anything personal!” one Aussie complained after calling Reed a “cheater” and a “disgrace.”

Against this backdrop, with a replacement caddie in his instructor, Kevin Kirk, for Reed to come away with a point represents something psychologically massive. There is strength in him, otherwise he would have broken long ago. (Remember how Danny Willett shattered into a thousand pieces because his brother wrote a blog post?) Reed didn’t, and though it won’t make a bit of difference in the abuse he’ll continue to endure around the world—that strength is based in insularity and grievance off the course, which is unattractive—it did make a difference for the team. The critical difference, actually, because without his point, the 16-14 win would have been an anticlimactic tie. Massive headaches might have defined most of his week, and Tiger might have wished at various junctures that he had chosen anyone else, but on Sunday Reed made eight birdies on 16 holes, steadied himself amid a potentially devastating surge and put red on the board.

He didn’t look particularly happy while he did it—the week had been too long for that—and at times he appeared to be veering close to exhaustion. There was a stare-down at a heckler, and a rogue “let’s go” when he won the sixth hole, but overall this was a muted Reed. The screeching crows, the warbling magpies, the jeering fans, these were the sounds of the match. But the American, the former Masters champion only wanted to put his head down and plow toward the mercy of the finish line.

After the tee shots on the 15th tee—the end of the match, in some ways, when Pan blinked and sprayed his right—assistant captain Zach Johnson drove alongside Reed on his cart.

Reed just touched the brim of his cap, turned back to the fairway, and walked on.