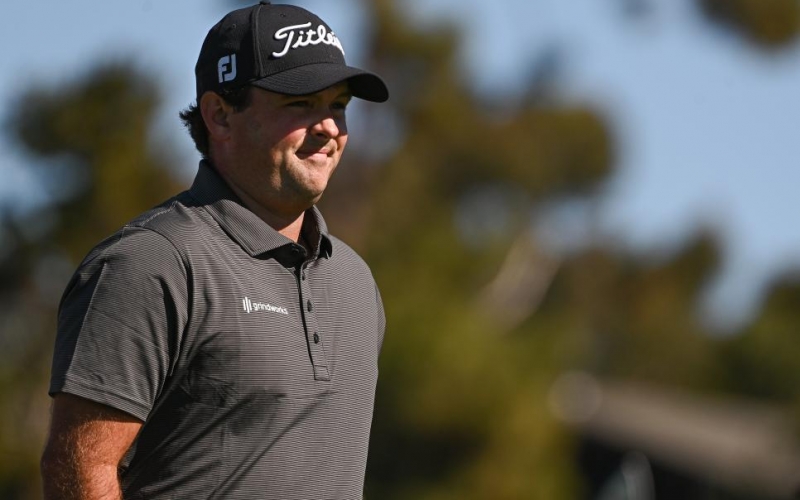 By Christopher Powers
It took just 30 days to get our first real rules controversy of 2021 (did someone speak this into existence or what?). Surprise, surprise, the man at the centre of it all is Patrick Reed.

Here are four takeaways from an eventful Day 3 at the Farmers Insurance Open.

Co-leader Patrick Reed recaps his third round, including the 10th hole ruling. pic.twitter.com/lgv82A2hlv

Reed’s history, as we’re all aware, includes more than a few rules run-ins, and he did himself no favors Saturday afternoon on the 10th hole. After badly hooking his approach shot into the left rough, Reed arrived at his ball and picked it up before calling over a rules official. That’s, uh, something you should not do, though Reed insisted he handled the situation exactly how he was supposed to. By the way, he lifted it thinking the ball embedded on the fly, but a video replay—which showed his ball bounce—made that appear highly unlikely.

Barring a shocking turn of events, there will be no penalty, and Reed will begin the final round in a tie for the lead at 10 under. The whole thing is very bizarre, and, unfortunately, it’s not all that surprising. 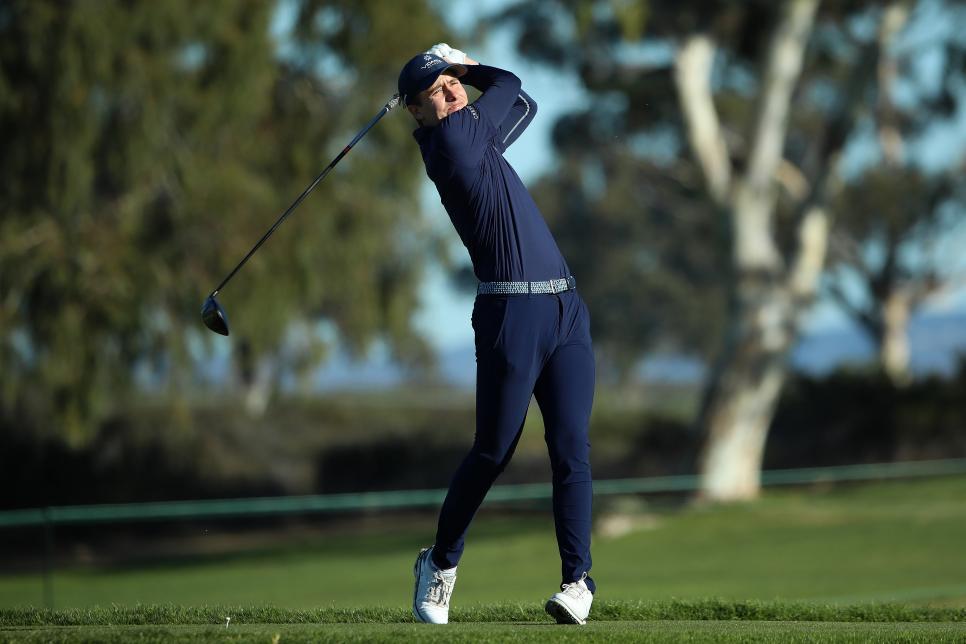 Now, for some good vibes—Carlos Ortiz is tied for the lead!
At his first PGA Tour victory at the Vivint Houston Open in November, there were a small number of fans firmly in Carlos Ortiz’s corner, and it provided a very special finish. On Sunday, that same group of people at the Houston Open, plus just about everybody else who watches golf, will likely be in his corner again.

How did Ortiz get here? He shot a round that rivalled Viktor Hovland’s second-round 65. On a day that many of the leaders struggled with the difficult South Course, Ortiz posted a six-under 66, which gave him the solo lead at one point before Reed birded 18. He gained an absurd 7.57 strokes on the field, two shy of what Hovland gained on Friday, though you could argue Ortiz’s performance was just as impressive given it was on moving day. The Houston Open victory (over Dustin Johnson and Hideki Matsuyama, mind you) was a life-changer, but a win at Torrey against this field would be far bigger for the 29-year-old from Mexico. 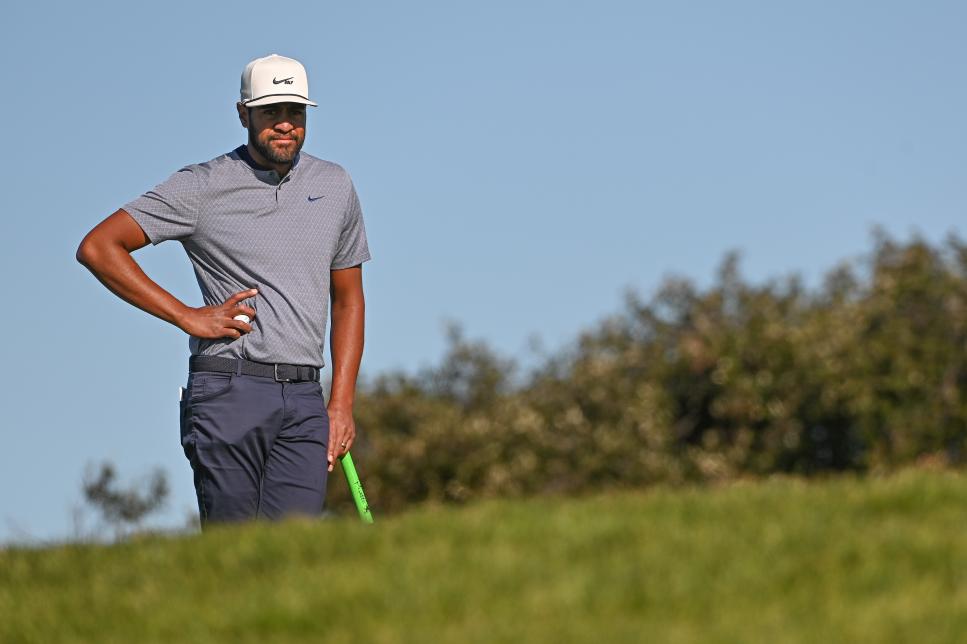 It’s getting depressing at this point for Tony Finau
We really don’t want to pile on, but my goodness, what the hell, Tony Finau? A two-over 74 on Saturday, when all he needed was 71 or 72 to be within two of the lead, on a course where coming from behind is the norm. To be clear, he’s only four back, and could very well make a run. But what has he shown you in the past would lead you to believe he will? Would be happy, HAPPY to be wrong, but right now I’m just depressed about it (his bank account ain’t depressed, that’s for sure). 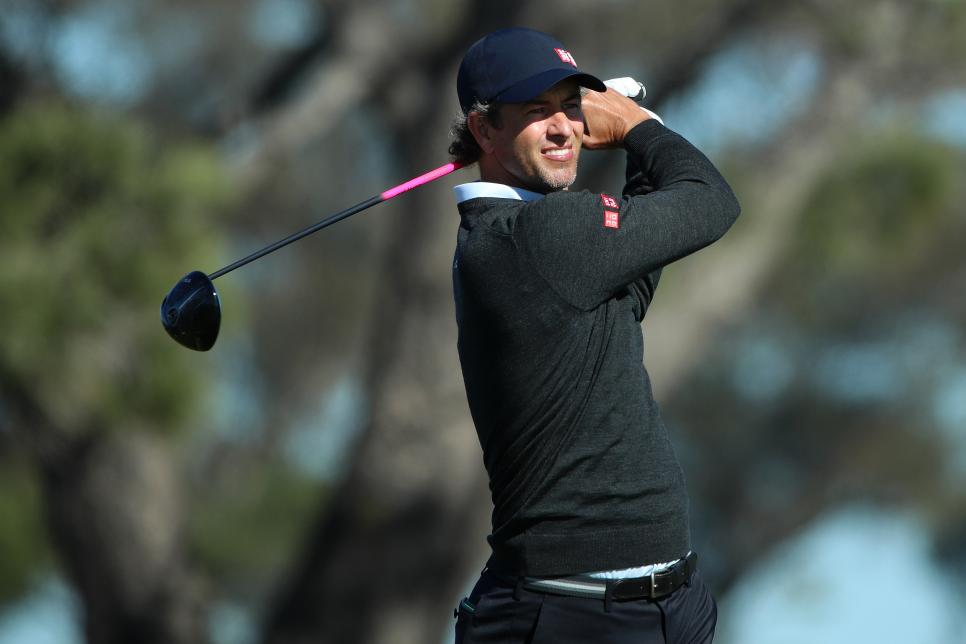 As a trio, Rahm, Scott and McIlroy only went two under, but none of them went backwards (unlike a certain someone mentioned above). Given the pedigree of all three of these guys, there’s a very strong chance the winner comes from this group, though were certainly not sleeping on Sam Burns (looking for his first tour win), Lanto Griffin (looking for No. 2) and Viktor Hovland, who showed some impressive fight in birdieing the final two holes after making a double at the 14th. Long story short, it’s going to be chaos on Sunday at Torrey.