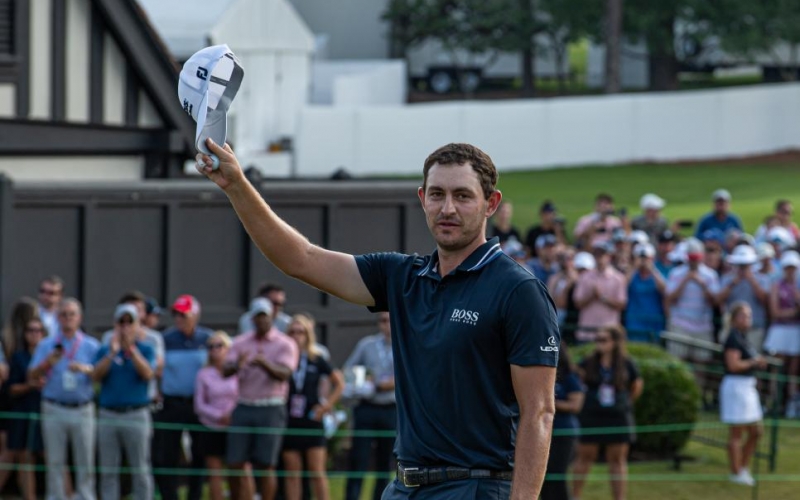 By Joel Beall
He was in the abyss, battered by injury and personal tragedy, unsure of where his career was headed or if he’d have a career at all. Five years into a comeback that continues to defy the odds he faced, Tuesday provided another mile marker in how far Patrick Cantlay has come from that crossroads.

Cantlay, still covered in fluorescence emitting from his FedEx Cup triumph, received further sparkle as he was named the 2021 PGA Tour Player of the Year.

Cantlay, 29, captured four official wins in the tour’s “super season,” including back-to-back playoff victories in the BMW Championship and Tour Championship, and those triumphs stood tall in a season in which no other player won more than twice. Also the winner of the 2020 Zozo Championship and 2021 Memorial, Cantlay recorded seven top-10s in 24 starts, finished second in regular-season earnings and third in strokes gained.

A former Haskins Award winner at UCLA who notched low-amateur honours at the Masters and U.S. Open, Cantlay turned pro in 2012 and won the 2013 Colombia Championship on the then-Web.com Tour, which helped him gain his PGA Tour card. Unfortunately, he suffered a back injury that limited him to nine tournaments over the next three years while trying to resolve what eventually was diagnosed as a stress fracture in his L5 vertebrae. During this time, Cantlay also lost his caddie and best friend to a hit-and-run accident while the two were crossing a street in Newport Beach. Almost a year later, Cantlay made the cut at the 2017 AT&T Pebble Beach Pro-Am and earned full exempt status off a medical extension in just his second start back, thanks to a runner-up finish at the Valspar Championship.

Cantlay’s POY win is something of an upset, as Jon Rahm was considered the favourite to take home the award. Rahm led the tour in scoring, strokes gained and earnings, and finished T-8 or better in five of the season’s six majors—highlighted by winning the 2021 U.S. Open. His breakthrough at Torrey Pines was his only official victory, although Rahm tied for the low score shot over 72 holes at the Tour Championship, and had to withdraw after a positive COVID-19 test at the Memorial while holding a six-shot lead after 54 holes … a tournament eventually won by Cantlay.

The PGA Tour Player of the Year is voted on by PGA Tour members who played at least 15 official FedExCup events this season. The tour did not list who came in second, mentioning only Cantlay beat (alphabetically) Bryson DeChambeau, Harris English, Collin Morikawa and Rahm for the prize.