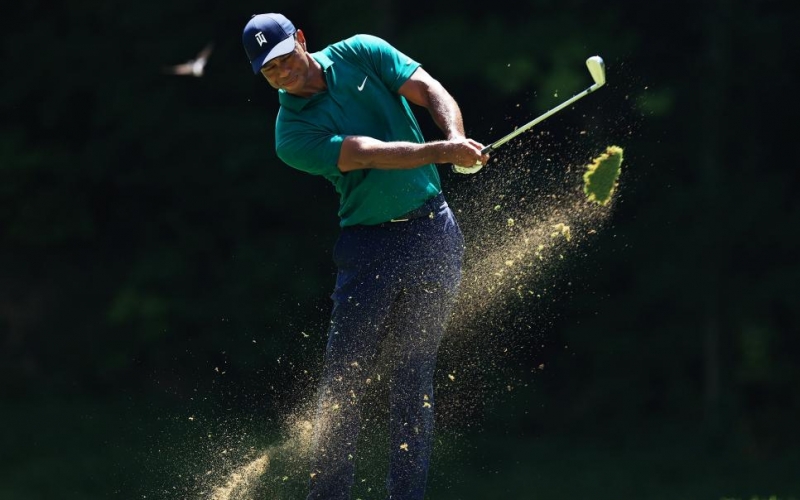 Andy Lyons
Tiger Woods plays his second shot on the 15th hole during the third round of The Memorial Tournament.

By Daniel Rapaport
DUBLIN, Ohio -— Winning is out of the question for Tiger Woods here at the Memorial. He knows this. Heck, he looked destined for an early flight home after 15 holes on Friday. Two late birdies and a clutch up-and-down par on his last hole of the day salvaged a four-over 76, which turned out to be good enough to make the cut. But only just.

That gave Woods two more rounds to play his way into tournament shape—to find his feels, to get back in the rhythm of competition. Given this is his first start in over five months, making the weekend was vitally important toward that goal. Woods shot a one-under 71 on Saturday in the first of those two comfort-building rounds, making three birdies and two bogeys in a ho-hum early morning stroll alongside buddy Brooks Koepka.

“I felt like I played well today,” Woods said. “Controlled the ball well. I hit one really bad shot there at 3, but other than that, it was a pretty good, solid day.”

Despite that shot on 3—more on that in just a second—the round can’t be considered anything but a success given the sheer fact that Woods moved well and appeared pain-free.

Woods looked in midseason form on Thursday, turning the ball both ways and shooting one-under on a brutal afternoon for scoring. That wasn’t the case on Friday. Woods woke up stiff and had trouble clearing his left side on the downswing, leading to a pesky block-fade that plagued his round all day. Multiple one-hand finishes had Woods fans worrying, but he downplayed any injury concerns in his post-round comments. He is 44 years old and has had umpteen surgeries. Some days are just going to be like that. 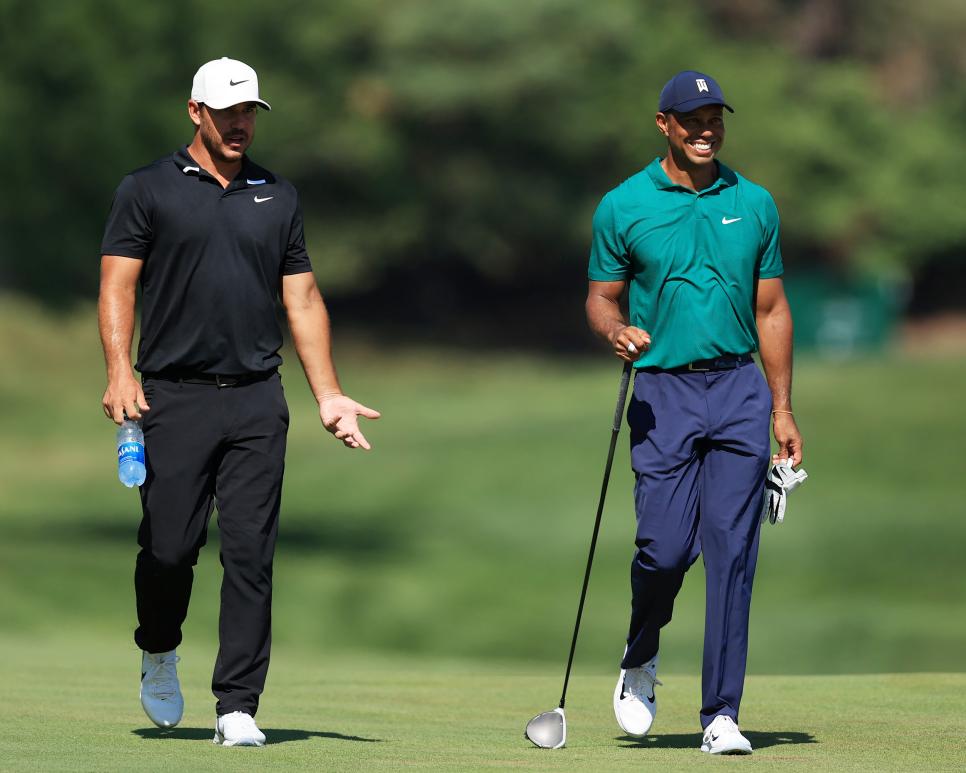 Woods showed up to Muirfield Village driving range in good spirits on Saturday morning, the first sign that there’s not much to worry about body-wise. The range session was solid, and while the first tee shot of the day was another block into the fairway bunker, he got up-and-down for par and looked fluid doing so.

The lone bogey on the front nine was the result of a cardinal sin—after splitting the fairway on the short par-4 third, he tried to fit a wedge and attack a front pin, but he pushed it into a mound that guards the front of the putting surface. It trickled on down into the drink, and Woods needed a nice up-and-down from the upslope to save par.

The first birdie of the day came at the par-5 fifth, thanks to a controlled wedge that spun back to eight feet. He added another at the following hole after yet another controlled wedge—Woods’ distance control with the scoring clubs has not been an issue this week—but turned in even par after failing to get up-and-down from just short of the ninth green.

“It’s tough,” Woods said of Muirfield Village, where he has won five times. The three-over cut matched the Arnold Palmer Invitational and the Honda Classic for the highest cut number of the PGA Tour season. “It’s fast. The golf course is right where they want it. Now that the wind has picked up just a touch, it’s going to dry it out a little bit more.”

Four stress-free pars followed before Woods hit his best shot of the day, a flighted wedge to a back-left pin on the delicate par-4 14th. He moved to two under for the day with a 17-foot birdie putt at 15, only to give one back at 16 after an indifferent chip left a five-footer, which he pushed.

He missed two good looks at birdie on 17 and 18—that was a bit of a theme all day—but will take a measure of confidence going into Sunday’s final round. It is, above all, another chance to build.

“Getting back into the flow and competing again and playing at this level, I hadn’t done that in a while,” he said. “Playing home and playing out here is so very different, and making sure that I stay sharp and don’t make any silly mistakes and dump the ball in the wrong spots or give myself bad angles, that’s one of the things about playing competitive golf that’s very different from playing at home.”