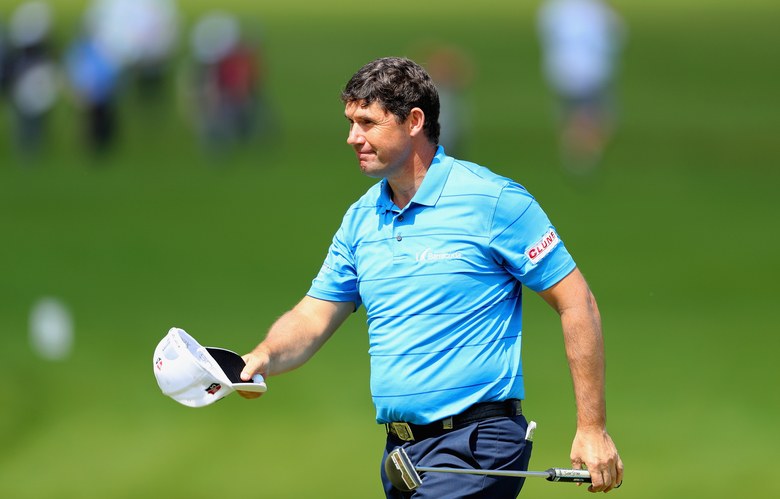 VIRGINIA WATER, ENGLAND – MAY 25: Padraig Harrington of Ireland acknowledges the crowd on the 18th green during day one of the BMW PGA Championship at Wentworth on May 25, 2017 in Virginia Water, England. (Photo by Warren Little/Getty Images)

It’s been an adventurous 2017 for Padraig Harrington. Nerve damage severely limited Harrington’s play in the early season, pain so severe the Irishman eventually underwent neck surgery. Then he found headlines for the wrong reasons in April, calling Sergio Garcia a “sore loser.” (The two have since made peace.) The latest news concerning the three-time major winner hasn’t turned this tide.

Harrington took to Twitter Tuesday morning to announce his WD from the FedEx St. Jude Classic. The reason? The 45-year-old was injured by an amateur’s practice swing.

Just withdrawn from @PGATOUR @fesjcmemphis this week.I was hit on the elbow with a practice swing by an amateur I was coaching at an outing.

The incident was scary enough that Harrington initially thought his playing days were through. Luckily, he “only” required six stitches, and reported nothing was broken.

Hopefully this is the end of the bumpy road for Harrington, who’s aiming to get his game in shape for the claret jug’s return to Royal Birkdale, site of his 2008 victory.