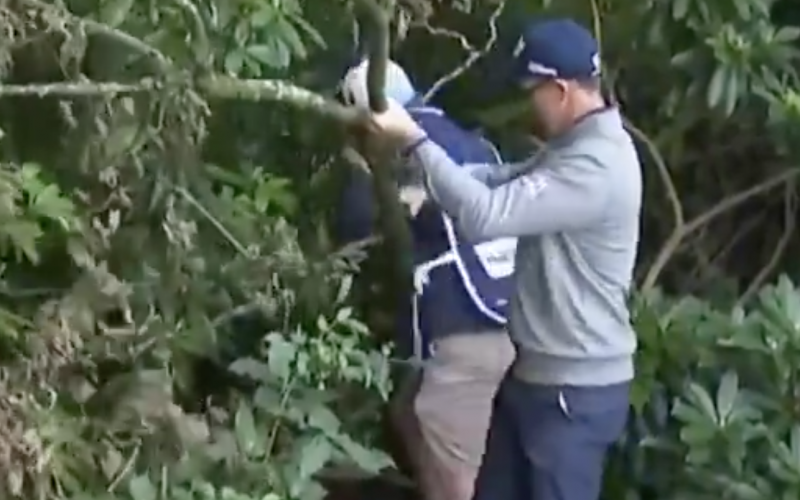 By Christopher Powers
If not for COVID-19, we’d be absorbed in the battle for the 2020 Ryder Cup at Whistling Straits in Wisconsin. Please, feel free to cry into your pillows accordingly.

But don’t worry, you’re not alone in feeling the Ryder Cup blues. Padraig Harrington, the European Ryder Cup team captain, is feeling the pain too. Harrington told Golf Digest’s John Huggan that he had recently checked the forecast for Wisconsin this week, and it’s expected to be 70 degrees (21c) and sunny. Man, that’s painful to type out.

Fortunately, the three-time major winner had an A+ backup plan for this week: The Irish Open. The event, which Harrington won in 2007, marks just his sixth worldwide start of 2020. Of the previous five starts, the 49-year-old made just one cut.

There’s still a ways to go, but the Irishman could be in line for his second made cut of the year at Galgorm Castle Golf Club in Northern Ireland. He’s one over after the opening, six off the current lead. The highlight of the day, aside from the three birdies, had to be this moment with Harrington and his caddie Ronan Flood. Watch as these two team up to remove one of the largest loose impediments in golf history:

For those wondering if this is legal, it is. A broken tree branch is considered a loose impediment, not unlike that rock Tiger Woods had fans move at TPC Scottsdale at the 1999 Phoenix Open:

The only difference here is that Padraig wasn’t afraid to get his hands dirty and do some literal heavy lifting. Incredibly impressive and maybe even reckless considering he said he’s not feeling 100 percent physicially and has “pushed his body a bit too far” by hitting so many golf balls. Much respect to the soon-to-be 50-year-old.

Check out some of the first round highlights from the Dubai Duty Free Irish Open in this @TaylorMadeGolf Golf Central Update. pic.twitter.com/KHDtU20bs4