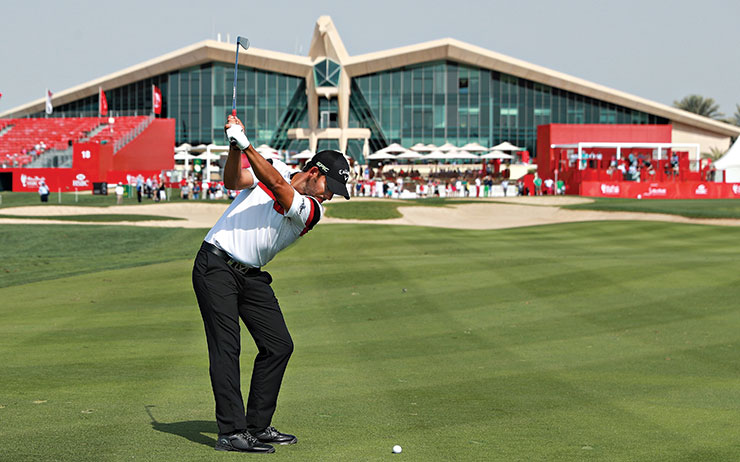 The 33-year-old Spaniard negotiated The National’s four par 3s in a combined seven under par over the first 36 holes three years ago en-route to his victory by a solitary stroke over Rory McIlroy and Phil Mickelson.

He’s repeated the feat this week, a tardy par on the 15th Thursday the only time he hasn’t gained a stroke in eight trips to a par three tee.

Friday’s four twos were the backbone of a 67 which shot the five-time European Tour winner up the leaderboard into a share of six with Henrik Stenson, Tyrrell Hatton and reigning Sir Henry Cotton Rookie of the Year Jeunghun Wang at -9, three shots shy of Martin Kaymer’s 36-hole lead.

Larrazábal, well aware of the par 3 comparison as he spoke with reporters afterwards, described it as “something special” and reward for an off-season when he didn’t take a break from the range.

“Yes. Yes, the same kind of feelings. I’ve been working very hard over the winter, and we were looking forward to this week and we’re doing exactly the things we planned,” he said.

“My iron play has been superb. I’m holing a few putts, so very happy. The only thing I’m being a little bit rusty with is my short game. I think out of six times, three in par 5s, between yesterday and today, and three missed greens, I only up-and-downed once.

Really? “Yeah, it is. You know, after I’m going to go to the chipping green to see if I remember how to do it, and I will be in form for the weekend.”