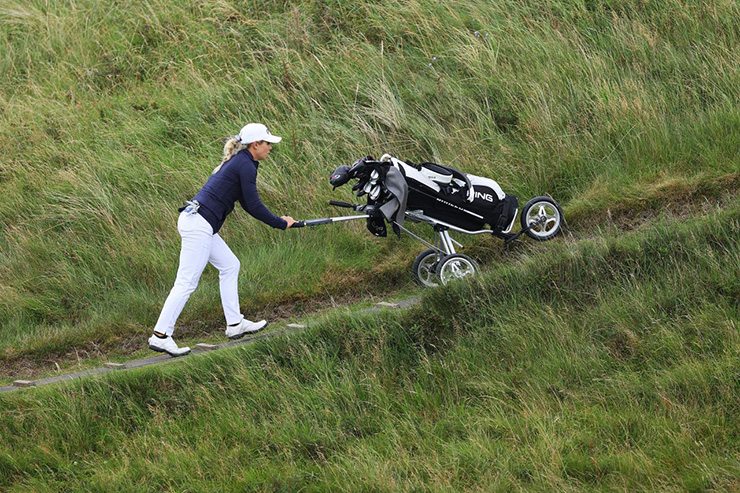 By Keely Levins
There was a story at the ANA Inspiration about how one of the first-round contenders paid for her own set of irons, bringing golf Twitter into a frenzy questioning why exactly a player capable of being in contention at a major wasn’t getting her clubs for free.

In this episode of Local Knowledge, Golf Digest’s new podcast, we use that circumstance as a jumping point into the real issue at hand: How financially hard is it really for women on the LPGA Tour?

You can see the stars on tour who’ve been able to sign good deals: like Lexi Thompson with her Cobra deal and Red Bull logo on her hat, Brooke Henderson with Ping, and women like Lydia Ko sporting PXG amongst other logos. But Thompson, Henderson and Ko aren’t the average LPGA Tour pro. What’s it like for the women out there who haven’t won a tour event, let alone a major? If you’re an average LPGA Tour player, what’s the financial reality of your tour life? And why is the gap between being 100th in the world on the LPGA Tour so different from being 100th in the world on the PGA Tour?

We talk to tour players both past and present, LPGA Tour commissioner Mike Whan, and equipment representatives to map out what it’s like to be an average LPGA Tour player and ask, is this where we should be?