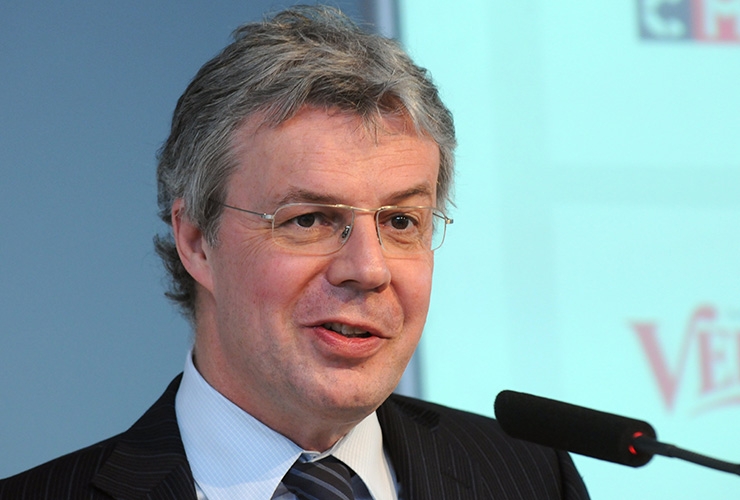 By Kent Gray
OSN’s new Chief Executive has defended the cable network’s decision to jettison its golf offering in the face of mounting criticism from UAE fans slowly coming to grips with the fact they won’t be able to tune into this week’s 83rd U.S. Masters from Augusta National.

In response to a stinging email from a disgruntled “and soon-to-be ex-paying customer”, CEO Patrick Tillieux pleaded for understanding as a “golfer myself” but also as a CEO and board member of OSN who “must do what I do” for the good of the network.

OSN ditched all but two cricket channels from its sports portfolio on March 31 with Tillieux quoted as saying the company was “redirecting our investments from sports to content that our customers enjoy the most.”

“In the coming months, OSN will be delivering a new binge-watching channel, fresh monthly pop-up channels celebrating the biggest movie franchises, plus more curated lifestyle and women-centric shows,” he said.

Those comments raised the ire of golf fans following Golf Digest Middle East’s news story on Sunday – Major disappointment for golf fans as Masters TV coverage unlikely in UAE – and prompted one fan to pen an email to Tillieux with the subject line “On Behalf of UAE Golfers: The Complaint”.

Identifying himself as an aspiring MENA Tour player, ‘Kamel McRib’ elicited some Game of Thrones imagery to express his disappointment:

“Have you heard of Game of Thrones? Being in TV, I’m sure you have. There’s a character in the show that goes by the name of Tyrion Lannister (also known as “the Imp” or the “the halfman” because of his dwarf stature). There’s a scene in which he, Tyrion, tells Daenerys Stormborn of House Targaryen: ‘To do nothing at all is the most difficult thing in the world’. I think that was also Oscar Wilde. But I’m sticking with Tyrion.

Why do I quote that phrase you may ask? Well, as a freshly minted CEO it would be hard to resist the temptation of exerting your mark. The earlier the better. Which is exactly what you (board-approved of course) did by removing pretty much all sports channels, including OSN Sports 3 HD (the home of golf in the UAE). All in an effort to introduce ‘… more premium movies and women-centric programming’.”

We’re not convinced Kamel McRib is the author’s real name but know others share his or her sentiments. The presumed alias also didn’t stop Tillieux from responding in an email exchange that Golf Digest Middle East has been copied in on.

“Thank you for your articulate mail. You defend golf like no one else would,” started Tillieux, who succeeded Martin Stewart as OSN CEO in late November.

“I hope that despite the loss of golf you may find many other reasons to stay with us.” – OSN CEO Patrick Tillieux.

“I am golfer myself and I fully appreciate your disappointment. However, I am also a CEO and a board member of OSN and I must take the decisions that are eventually beneficial for the company. Most of the time these are quite unpleasant decisions in the short term.

“I am not excluding that opportunities will pop up again in the future including incidental golf opportunities, but for the moment I must do what I do. I hope that despite the loss of golf you may find many other reasons to stay with us.”

That seems unlikely. Indeed, a number of respondents to a social media post of our original story said they had, or intended to cancel their subscription.

McRib continued his tasty “rant”, pointing out the importance of golf to the UAE and that fans in Dubai could no longer watch coverage of the European Tour’s Race to Dubai.

“I’m sure you knew/were aware of all of the above (a list of UAE golf facts) before proposing the decision to the board, supported by a presentation with great graphs and cannot-say-no economics/statistics. And as a private company, us viewers (and paying customers) must respect your freedom to exert such a decision given that you are working for the protection (and hopefully increase in value) of shareholder interests. Personally, as a capitalist, I understand and respect this principle all too well.

“However, also as a viewer (and soon-to-be ex-paying-customer), I also hold the freedom to express my opinion on what I consider to be a magnanimous mistake. You will disagree, of course.  This is the end of the rant. Thanks for lending us your kind ear (eyes technically). Feeling better already.”

Few other fans will be feeling as generous as Masters coverage begins on Thursday. The brighter news is that Discovery’s GolfTV came on stream April 1 to provide UAE fans with a pay-to-view streaming service of the PGA Tour (not including the Masters).

Golf Digest Middle East will carry full and extensive coverage from Augusta National throughout the week.