The Open produces the oldest winners by a large margin. Why? 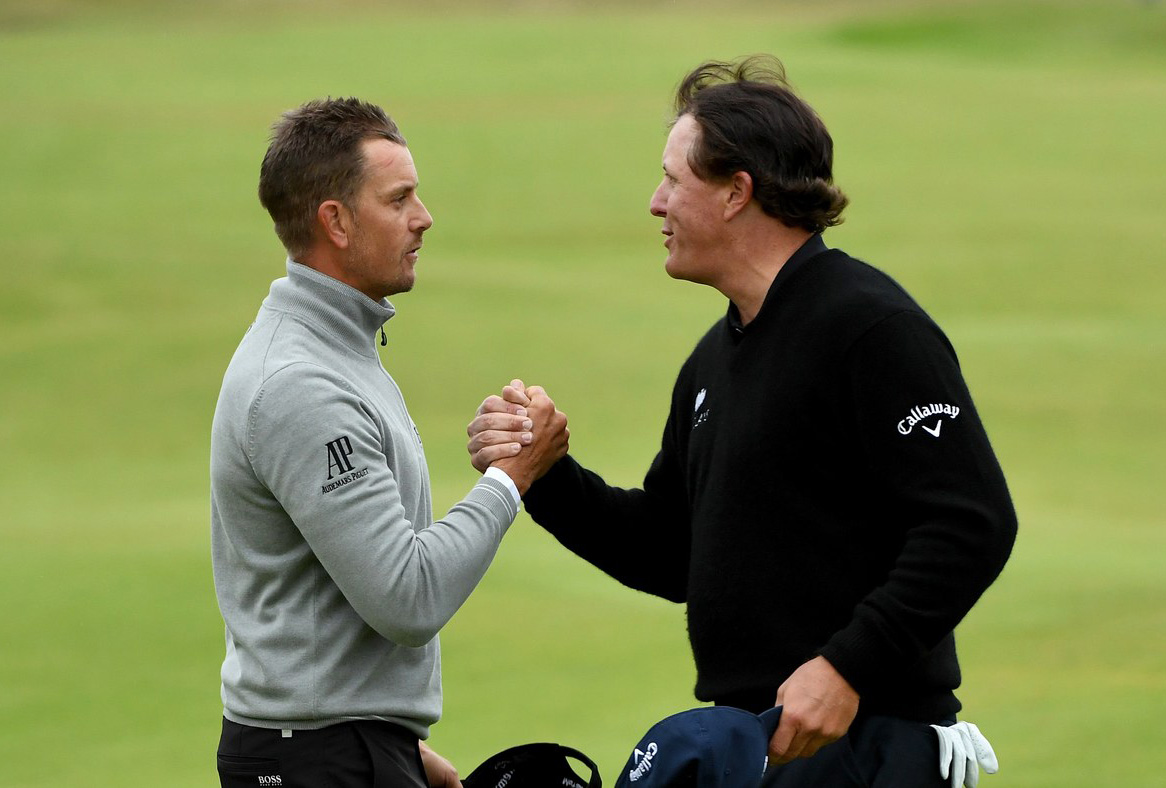 As golf turns its attention to the Open Championship, many are revisiting last year’s instant-classic duel at Troon between Henrik Stenson and Phil Mickelson. It was the peak of drama, the two elevating their performances while withstanding the other’s blow. Less noted in the retelling of the story, however, is one subtle but intriguing fact: their ages. As the game continues to undergo a youthful transformation at its top ranks—and, in turn, pushes its older stars to the periphery—it was two 40-somethings battling it out. In more ways than one, the proceedings were out of a time machine.

But here’s the thing: an elder claiming “Champion Golfer of the Year” honors is, well, old hat for the Open. 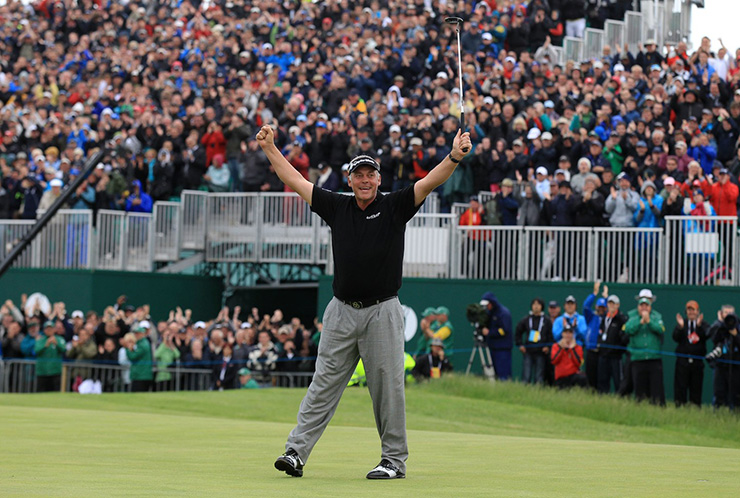 The Open Championship is different from its major championship brethren. Tracing its roots to 1860, it’s the oldest of the four majors, and the only one played outside the United States. The venues are strictly of the links variety, and often the weather is just as important a storyline as the players in the field. A quick glance at the tournament’s results reveal another characteristic—the Open’s winners tend to be long in the tooth.

In the last 24 majors, the five oldest winners—Stenson (40), Mickelson (43), Darren Clarke (43), Ernie Els (42) and Zach Johnson (39)—all were holding the claret jug. Likewise, the Open Championship has been unreasonably harsh to those on the other end of the age spectrum: only two Open winners since 2007—Rory McIlroy (25), Louis Oosthuizen (27)—have been 32 or younger. In that same span, the Masters and PGA Championship both have six such winners, with the last 10 U.S. Open champs all fit that age bracket.

This is far from a recent phenomenon. A player 38 years or older has won the Open 32 percent of the time in the last 25 years. In the other three majors combined, that average hovers at 10 percent. The contrasting averages for 40-year-old winners is just as vast: 20 percent at the Open, 5 percent at the rest.

Add it up, the average age of the Open winner the past 25 years is almost 34 years old, nearly five years older than the U.S. Open champion (29) and markedly older than the PGA Championship and Masters (both around 32).

It’s worth remembering a 59-year-old Tom Watson came this close to immortality at Turnberry in 2009, bogeying the 72nd hole and losing a playoff to Stewart Cink. And then there was a 53-year-old Greg Norman, holding a two-stroke 54-hole lead the last time the Open came to Royal Birkdale in 2008 before a Sunday collapse.

“It’s a great tournament for the older players,” Golf Channel analyst Brandel Chamblee recently noted during a visit to Golf Digest’s headquarters. “I always joke it’s like the movie ‘The Night At The Museum.’ The dinosaurs come to life, and they’ve got a chance.” 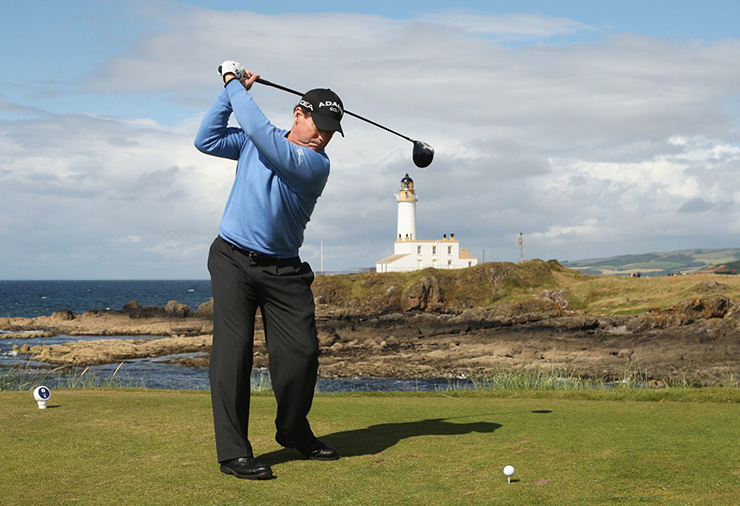 Clearly there’s a geriatric Open bias. Which raises the question: Why?

One thing spurring this trend are the courses themselves, or more specifically how they’re set up. Lets start with green speeds. Compared to the putting surfaces at the other majors (or many other courses in general around the globe), the Open greens are unmistakably slower—due largely to concerns that high winds could make conditions unplayable if the greens were faster. This basic fact facilitates an aggressiveness not seen in other majors. This is an equalizer across the board, but one that allows a contingent of older players a better chance to contend.

The course length, or lack thereof, is another factor, and with good reason. As tees continue to be pushed back at the American majors, Scottish and British links have mostly maintained the same distances. Moreover, the fairways at Open venues can often play rather firm, allowing drives to roll out 40 to 50 yards. In turn, a 7,200-yard course can effectively be much shorter than its stated length.

Suffice it to say, distance-challenged players off the tee who struggle to compete at other major venues don’t see this as a detriment at the Open. Hitting it a mile remains an advantage—Stenson and Mickelson will never be confused as pea-shooters—but it’s also secondary, as vision and course management take on a heightened importance. Assets that, unlike power, don’t have an expiration date.

“I love the creativity of being able to hit shots and utilize the ground,” three-time Open winner Tiger Woods said of the event in 2013. “That’s something that we don’t have in the states. We don’t really play that game here.”

Which segues into the another factor: experience. Age is not a guarantee of reps; even at 38, Todd Hamilton’s win at Troon came just in his fourth Open start. In that same breath, even for players that grew up in the region, links golf requires a divergent mindset and particular set of capabilities versus those required on the PGA and European tours on a weekly basis.

As Woods alluded, while the rest of golf has gone aerial, Open venues are still traversed by land. Due to recent innovation in equipment— chiefly, the easier ability to quickly get the ball airborne, most players 35 and younger aren’t custom to using the ground as a weapon but are rather inclined to carry the ball instead of run it. While imagination and strategy is key, simply having the reps and recall of playing these contours is paramount. 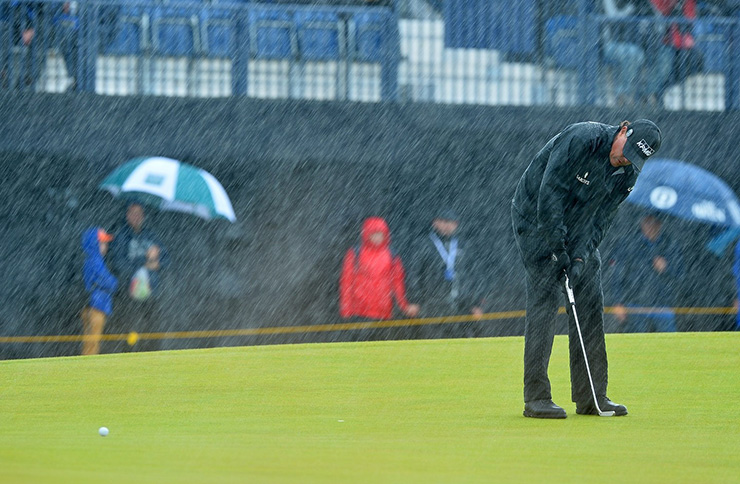 But perhaps the biggest influence is arguably the most controversial. For all its heather, pot bunkers and burns, the hazard that can wreck havoc on the field is Mother Nature. The weather can be fierce, yes, but it’s the fleeting nature of it that drives guys up the wall, creating a tournament schism based not on performance but pairing time.

“I’m not a fan of golf tournaments that the outcome is predicted so much by the weather,” Rory McIlroy famously said of the Open in 2011. McIlroy was chided for his remarks by many in the media, who felt it undercut the tournament’s integrity and prestige. But you didn’t hear a peep of criticism from McIlroy’s fellow players.

Because—cover your ears, R&A—weather bring in the factor of “chance” at the Open more so than any other major equation. Asserting the championship fails to define the best golfer is extreme; recent claret jug owners such as Woods, Mickelson, McIlroy and Stenson show that’s not the case. Still, that the Open’s winners have the highest major OWGR average at the time of victory is also undeniable.

Given the weather variables, there will be times when maybe just 75-80 opponents rather than the entire 156-player field has a real shot at contending. By eliminating half the field, should an older player be on the “right” side of the draw, he suddenly has got a fighter’s chance. Additionally, a certain patience is needed when the winds come calling, one that’s many will contend is lost on the younger generation. That might seem like a trite observation, yet history has proven its validity.

This is not to say bad weather automatically favors older players, although it’s an opinion some also subscribe to. Rather, it’s merely creating an opportunity for them to compete, a platform that doesn’t necessarily exist at other majors. What comes to pass is still up to fate, but that they’re given an opening is all they ask.

So before putting a few bucks down on Open favorites Dustin Johnson, Jordan Spieth, Rory McIlroy or Jon Rahm, don’t forget about those crafty veterans. After all, the last two winners at Royal Birkdale? Padraig Harrington, who was a month shy of his 37th birthday, and 41-year-old Mark O’Meara.

Golf’s ranks may be dominated by young guns. But at the Open, it’s an old man’s game.