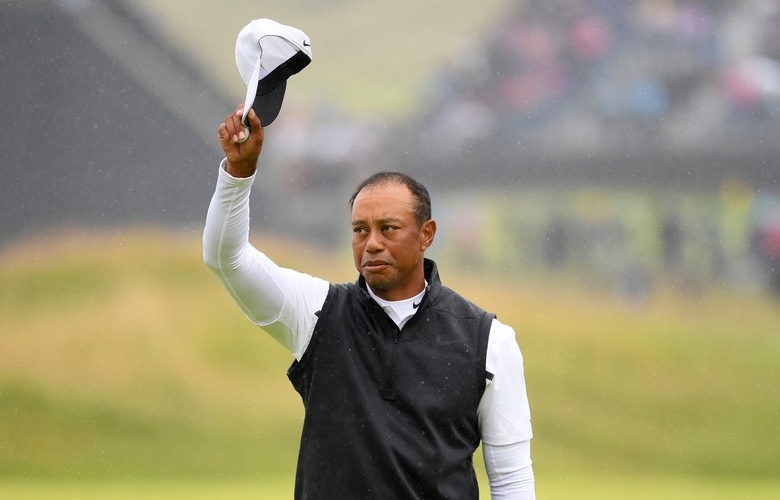 By Joel Beall
Tiger Woods’ return from sabbatical was short, his six-over-par score through two days at Royal Portrush leading to an early exit from the Open Championship. According to Woods, it will be a few weeks before we see him again.

After his bounce-back effort on Friday, Woods confirmed he plans on taking more time away from the tour, skipping next week’s WGC-FedEx St. Jude in Memphis.

“I’m going to take a couple of weeks off and get ready for the playoffs,” Woods said. “We’ve got the playoffs coming up, and anything can happen. Last year, I almost stole the whole FedExCup at the very end. If it wasn’t for Rosie’s little break there at the bunker, it could have been interesting.

“So get ready for those events. And after that, then have a break.”

Woods, who faltered on Thursday with a 78, said he was struggling with his body.

“I’m just not moving as well as I’d like,” Woods said after Round 1. “Unfortunately, you’ve got to be able to move, and especially under these conditions, shape the golf ball. And I didn’t do it. I didn’t shape the golf ball at all. Everything was left-to-right. And wasn’t hitting very solidly.”

Woods didn’t appear to be in as much physical agony on Friday, yet still admitted agility and consistency remain issues.

“I just torqued my setup differently, just tried to make some minor changes swing-wise,” Woods said. “Because, let’s be honest, I don’t have the flexibility I used to have, and never will. So I’m going to have to make those adaptations.

“I just have to continue doing what I’m doing. I’ve gotten so much stronger over the past year working with my physios and trying to get my body organized so that I can play at a high level. It panned out; I won a major chip this year.”

The Wyndham Championship is the only other regular-season event on the tour schedule after Memphis, meaning the earliest appearance for Woods would be at the playoff-opening Northern Trust at Liberty National. This year’s postseason has been shortened from four tournaments to three, helping ease the physical burden Woods endured during last year’s run that culminated with his Tour Championship victory.

This itinerary means Woods will have played just one non-major event, the Memorial, between his Masters win and the playoffs.