Unless you’re a masochist, most of the Open Championship’s final round was watched with your hands covering your eyes. But, following one of the most bizarre scenes in golf history, viewers’ patience was rewarded with a closing stretch for the history books, capped off by one of the game’s best reclaiming his throne. Here are the the winners & losers of Day 4 at Royal Birkdale.

If Saturday was a smooth weekend drive through the countryside, most of Sunday was a battle to keep the car on the road with two flat tires and killer bees coming through the dashboard. But tournaments are not scored by style points; they are decided by will, guts, temerity. Say what you will about his opening nerves, the three-putt on the ninth, his adventures on the 13th, but that finish (birdie-eagle-birdie-birdie) was fortitude incarnate. Spieth became the second-youngest winner to grab three major titles, and the youngest to win three majors with double-digit tour wins. He heads to Charlotte seeking to become the youngest winner of the Grand Slam, and for all the talk about Dustin Johnson, Rory McIlroy, Justin Thomas and Jon Rahm, there’s unquestionably one man sitting atop the golf world, and he hails from Texas.

His play wasn’t aesthetically pleasing, yet in less-than-ideal afternoon conditions, Kuchar kept the pedal down, tied with Spieth through 14 holes after starting the day three down. Yes, there were missed opportunities, but not a single player in the field is without what-ifs, and for a guy who’s never had Open success, Kuchar conducted himself down the home stretch like one poised for the claret jug. As he admitted afterwards, at his age, Sunday is a tough swallow. But Kuchar played a helluva tournament, and should leave Southport with his head held high.

With Spieth and Kuchar struggling early, the U.S. Open champ had the chance to light a fire under their behinds with a hot start. Instead, Koepka never righted the ship after an opening bogey, playing the final 17 holes in just even par. Spieth’s star-studded finish makes this easier to swallow, but this is definitely a case of what could have been. 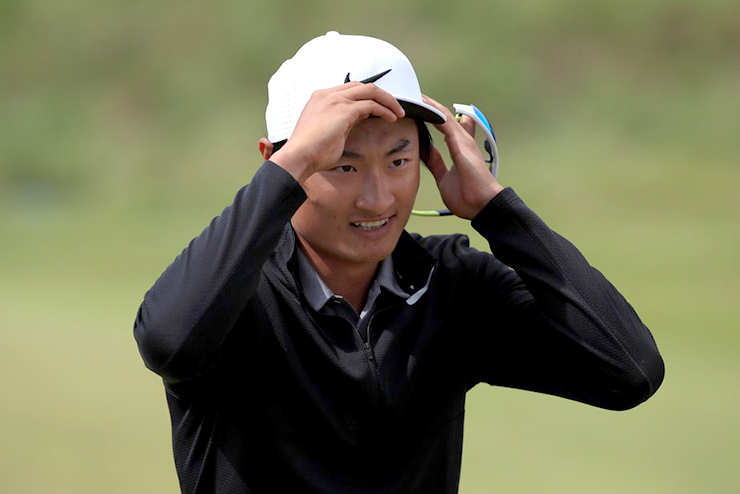 He finished his round before the final pairing teed off, yet, with just six holes to play, Li found himself warming up on the driving range, as his seven-under 63 — coupled with the trials of Spieth and Kuchar — created the astonishing scenario of a playoff. While Spieth’s finish soon turned the lights out on that theoretical, that it was even in play is a testament to Li’s performance. Better yet, his third-place finish earns the 21-year-old a trip to next year’s Masters.

Before his round began, Dustin Johnson said he thought 12-under par would be the winning score…and it was! Unfortunately for the World No. 1, that meant shooting a nine-under 61. He came up just short of that aspiration…with a seven-over 77, the highest score of the day. For a guy who dominated the sport just months ago, he now heads to the PGA Championship without a top-50 major finish on the season.

Rip his opening start (five over through six holes) or his failure to surmount a Saturday charge. But for a player who entered the week missing three of his previous four cuts, finishing T-4 at a major deserves commendation, not criticism. Granted, McIlroy’s reached the stage of his career where he’s judged by wins, not high standings. Nevertheless, given his injury woes, equipment issues and putting struggles, the tournament gave hope that McIlroy can compete for the Wanamaker, held at a course (Quail Hollow) where he’s won two Wells Fargo Championships. 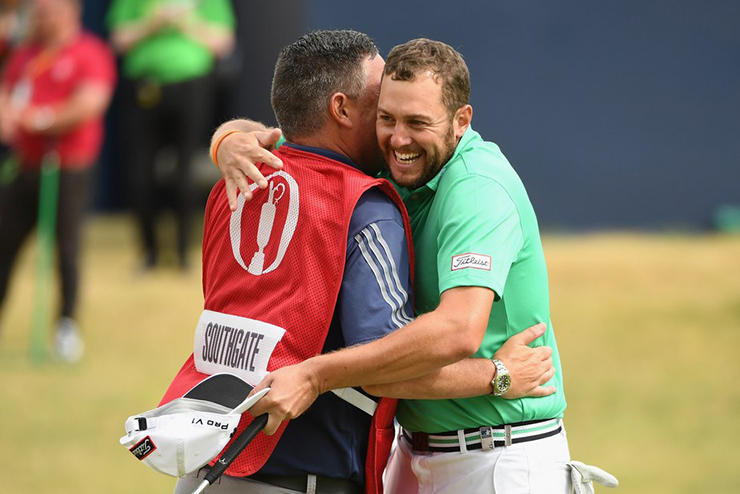 The duo started their day at one over, but turned in two of the better scores of the afternoon with a pair of 65s. For Leishman, it was old hat, as the T-6 joins his runner-up at St. Andrews and T-5 at Royal Liverpool. But for Southgate, a cancer survivor, it was his first top-10 career finish in a major. Tip of the cap to both.

Coming off a silver medal at Erin Hills, many believed the premium Birkdale puts on iron play made the Japanese superstar a favorite. And through the first three days, the 25-year-old did just enough to hang around the edges, entering Sunday in one of the last pairings. Alas, Matsuyama sent his opening drive off the property and had to reload. The result was a triple-bogey 7, a number that put him 10 strokes behind Spieth and immediately dosed his claret jug prospects.