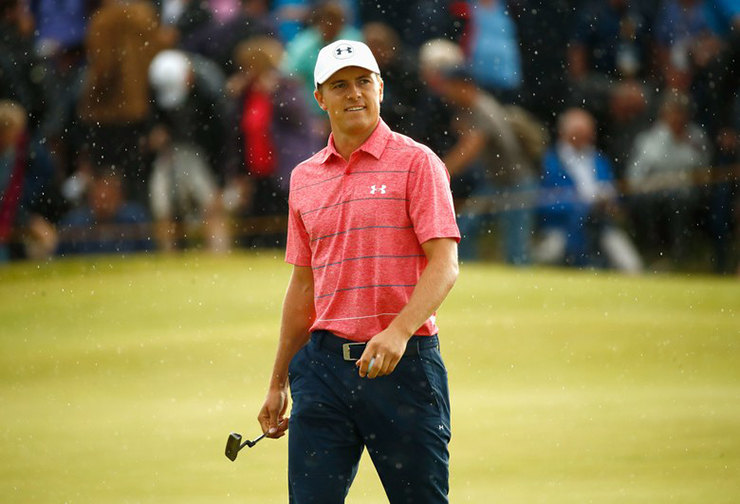 Royal Birkdale wreaked havoc on the field during Friday’s round, but the players answered on Saturday, and answered with vigor. There was a major championship record, a 64 and a handful of 65s, with the field bringing in an average scoring figure under par. And yet, despite these fireworks, it’s basically a two-man race heading into Open Championship Sunday. Here are the winners and losers from Day 3.

Spieth’s score — a bogey-free 65 — doesn’t fully illustrate his dominant performance. The Texan put on a clinic Saturday, carefully eviscerating Royal Birkdale with a deadly-accurate iron play. And though his notoriously fickle putter didn’t convert many long putts (save for his final roll on the 18th), Spieth was left with gimme pars on almost every hole. Just Matt Kuchar stands in the way of the 23-year-old completing the third leg of the career Grand Slam; only Jack Nicklaus achieved this feat at a younger age.

With Birkdale’s gettable configuration and conditions, many were salivating at the carnage McIlroy was capable of on Saturday, and with three birdies through five holes, it certainly looked like Rory’s play was going to spur roars throughout the afternoon. Alas, McIlroy made back-to-back bogeys on the seventh and eighth, and a sloppy display at the 10th equated to a double. He bounced back down the stretch, but on a day where he had little room for error, McIlroy’s faults were too many, entering Sunday nine strokes behind. 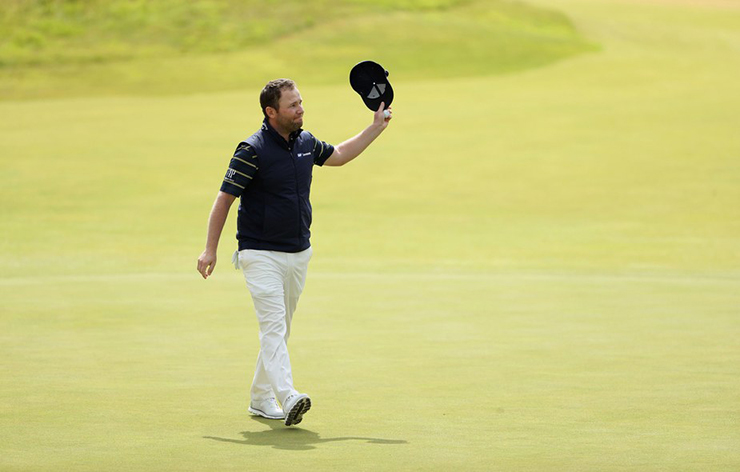 Grace made history at the Open Championship on Saturday, recording the first 62 in major championship play. The 29-year-old toured Royal Birkdale in bogey-free fashion, hitting all but two greens and carding eight birdies on the day.

Yes, the set-up was easy, with soft grounds and little wind. But this was far from the first major conducted in ideal scoring conditions. A tip of the cap to a marvelous game.

After his historic day, Grace talked with the media, where he shared an interesting tidbit: he was unaware of the gravitas that surrounded the moment. Mainly, because the South African had no idea 62 was the record.

After his final putt fell, his caddie, Zack Rasego, informed Grace of what he’d just done.

“You’re in the history books,” Rasego said, according to Grace. “I was like, ‘What are you talking about?’”

Miller’s “call ‘em like I see ‘em” persona has made the NBC voice a divisive figure throughout his time in the booth, a sentiment evidenced on Saturday morning. Clearly Miller’s non-stop commentary on the easy conditions rubbed many the wrong way, as “Johnny Miller” was a higher engagement topic on Twitter than “Branden Grace.” Even Justin Thomas — whose 63 at the U.S. Open was dosed in cold water by Miller — got in on the fun:

We love Johnny, but a dose of magnanimity wouldn’t kill the guy.

A double-bogey 6 seemingly took the wind out of his sails, but Kuchar still managed a commendable 66 in Round 3, highlighted by seven birdies on the day. He’s never been in this position at a major, and, even playing from the final group, will be a heavy underdog on Sunday. But for those hoping for final-round drama, Kuch is the only hope of keeping a Spieth runaway at bay. 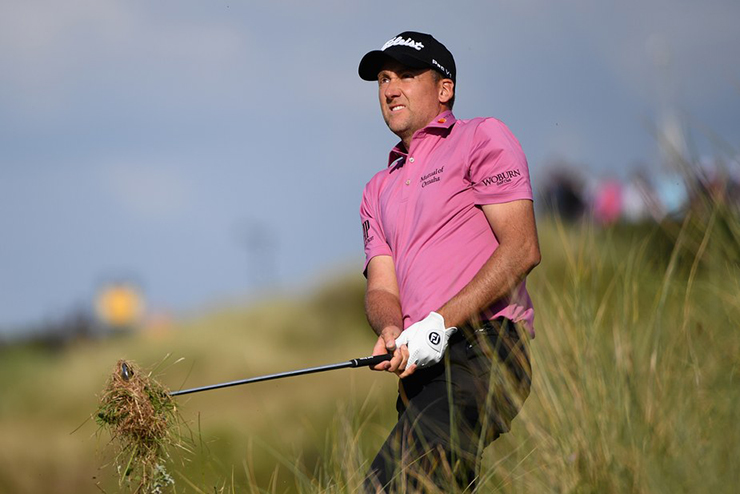 Starting the day three back of Spieth, Poulter — who finished runner-up at Birkdale in 2008 — seemed like a formidable dark horse for the claret jug. But Poulter never looked comfortable on Saturday, failing to keep his drives in the short stuff and struggling to do much with his approaches. The Englishman was able to stay afloat through 10 holes, but three consecutive bogeys on the back sank his chances for an elusive major title.

Beginning his round outside the top 30, the World No. 1 toured the front nine in 30 strokes, and had a viable shot at 62 coming down the home stretch. Though he fell slightly short of tying Grace’s mark, the bogey-free 64 vaulted DJ up the leader board to T-7. It’s been a quiet couple months for DJ, but Saturday was a reminder that when he’s on, he operates on a different plane.

Listen, it seems in poor form to criticize a 64, but Johnson left a handful of makable birdie putts short, and his five at the 17th was basically a de facto bogey. Moreover, thanks to Grace’s performance, Johnson’s round almost felt anti-climatic, forcing commentator Notah Begay III to remind audiences, “This would still be a really good day” as he lined up for his 63 putt. Tough crowd.