The Open 2017: Jordan Spieth thanking Matt Kuchar in his victory speech might have been the Open’s best moment 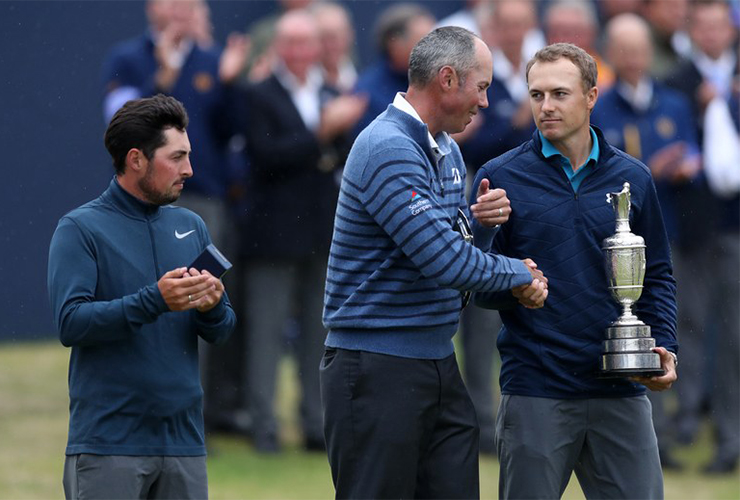 The back nine of the Open Championship was a lot of things, but at one point, it was mostly a mess. When Jordan Spieth pushed his drive on the 13th hole wide right and into the fescue, it initiated a 30-minute escapade that saw him search for his ball, take an unplayable lie, and then venture as far back as the practice area to take his drop. There was a fair amount of arm waving, and eventually even some yelling between Spieth and caddie Michael Greller as they tried to figured out their next shot.

Meanwhile, throughout the whole thing, Matt Kuchar kneeled in the fairway and waited.

When Spieth accepted the claret jug as the Champion Golfer of the Year, he classily rolled through a list of people to thank, from Greller, to his manager Jay Danzi, to his swing coach Cameron McCormick. But the most poignant moment was when Spieth turned to Kuchar, the guy who patiently waited for the situation to resolve, and who might have seen some of his momentum stalled in the process.

“Matt, I really enjoyed battling with you buddy,” Spieth said on the 18th green at Royal Birkdale. “Obviously it could have went to either one of us, I got the good breaks today. What a great champion Matt Kuchar is, and what a class act. I took about 20 minutes to play one of my shots today, and Matt took it in stride, smiled, and…there’s not many people who would have done that. And it speaks to the man you are, and you set a great example for all of us.”

As sporting moments go, it was a welcome gesture from Spieth, and almost as impressive as his five-under par stretch to close.