The Open 2017: An angry Zach Johnson takes out his rage on Birkdale with a crazy good 66 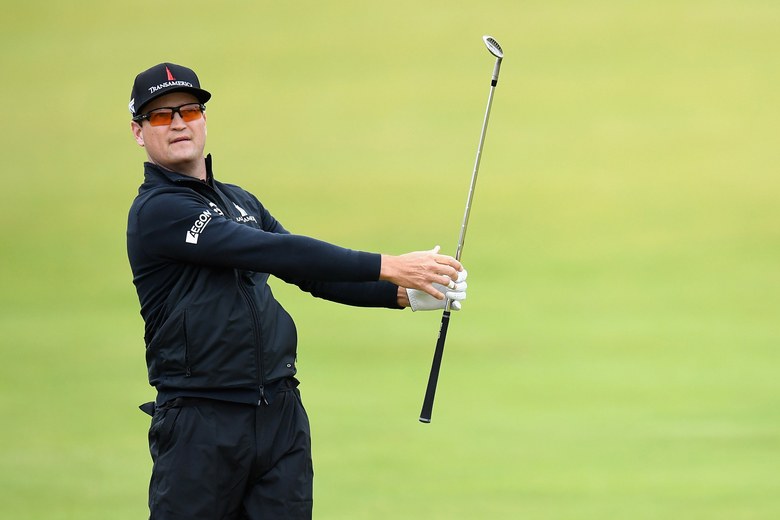 By Ryan Herrington
How windy was it Friday at Royal Birkdale? Forget about looking at the flags billowing atop the iconic Open Championship grandstands on the 18th hole. That’s just a given. It was the continuous cracking of the canopy atop the make-shift interview area next to the clubhouse that let you know there was more than a two-club breeze blowing.

In the midst of all the racket, Zach Johnson tried to explain to reporters how he shot a “yeah, right, you had a four-under 66 in that wind” four-under 66, the lowest score posted by two strokes and on of just four sub-par numbers signed for midway through the round.

The funny thing was that the 2015 winner at St. Andrews didn’t actually spend much time talking about his crazy-low round, with its five birdies, five fairways hit and 13 greens in regulation, but rather how disappointing his British Open week had been prior to today. Which made his crazy-low round even more crazy.

The trouble began for Johnson on Tuesday when he managed to crack his driver during a Tuesday practice round. “Last week I drove it great,” said Johnson, who had a T-5 finish at the John Deere Classic the previous weekend. “And then cracking your driver on a major championship week when you have some comfort level isn’t exactly ideal.”

Come Thursday’s opening round, Johnson seemingly couldn’t do anything right. He hit just half his fairways with his replacement driver, and his usually reliable ball-striking deserted by hitting only nine of 18 greens. The resulting five-over 75 left him tied for 121st.

The ordinarily mild-mannered two-time major-championship winner admitted to being a little steamed after his round, and decided he need to take out his anger at the practice range.

“I got mad, which was good. I let it out. I was upset,” said Johnson, who also had a chat with his sport psychologist, Dr. Morris Pickens, who is on site at Royal Birkdale. “I wasn’t furious and bouncing off the walls. I was just upset with my performance, because I felt great coming into the week.”

So Johnson went to work on his new driver, pounding out ball after ball as penance. The good news was that he started hitting it well again, toward the end of his session. Too bad he felt it was probably too little, too late.

Johnson did take away another a saving grace for Thursday’s round, what he described as “great bogey” that he made on the 18th hole after hitting his second shot backward out of a pot bunker, then two-putting from off the green, making a six-foot to close it out.

Improving his score by nine strokes boosted Johnson and his one-over 141 total into T-40 when his round was over, a position that kept creeping up as the wind continued to howl and predicted rain started to fall.

Asked again to assess his actual play on Friday, Johnson finally acquiesced, saying for an Open round, it was up there just behind his final round at St. Andrews two years ago. More importantly, it provided a lesson for him about his mindset for the remainder of the week.

“What I do know is that based on the last two days, you never know what is going to happen tomorrow,” Johnson said. “But hopefully there’s some confidence, momentum for the rest of the weekend.”