36 holes, 11-under, one ball: Frugal Frenchman Weber closes in on MENA Tour breakthrough in Thailand 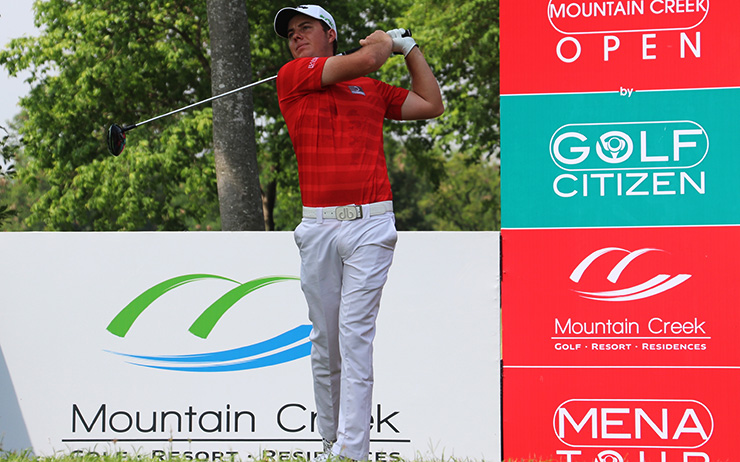 Professionals regularly swap golf balls mid round, be it voluntarily to replace a worn specimen or under duress after failing to locate a wayward blow. Professionals except Lionel Weber it seems.

The frugal Frenchman has reportedly gone 36-holes at the MENA Tour’s Mountain Creek Open by Golf Citizen using the same ball, no small feat given the evasive jungle fringing most of the fairways on the Seve Ballesteros-designed layout in Thailand.

The well-worn sphere is clearly behaving – Weber backed up an opening 66 with 67 Tuesday to move to 11-under for the $30,000 championship in Korat.

It earned him a four stroke buffer over Englishman Luke Joy heading into the final round of the 54-holer and a second shot at a maiden MENA Tour title in as many weeks.

Weber co-lead through 18 and 36 holes at last week’s MahaSamutr Masters at Banyan GC (where he is an ambassador) only to fade to a share of 7th with a final round 75.

He’s hopeful of a happier ending in the second event of the tour’s Thailand swing Wednesday.

“I feel my game is in great shape,” said Weber who rolled in seven birdies, five on his front nine, against two bogeys Tuesday. “Although I hear some players have lost many balls, I am still playing with the same lucky one. The course is pretty tricky and you need to shape the ball a lot and I did that.

“Also, you need to focus on every shot. It always feels good to be in Thailand as it’s a great place to play golf.”

Switzerland’s Dubai-based amateur Michael Harradine stayed in the frame with a second round 71 to share third with Thailand’s Pattaraphol Khanthacha on six under as Blake Snyder (USA) occupied solo fifth a further shot adrift, one ahead of Scotland’s James Byrne.

Joy, who went bogey-free in his Tuesday 68, has given himself a grand shot at a third MENA Tour title

“It’s a course where you have to be very patient. It’s quite fiddly. It goes from fairway to jungle and there is not much in-between. I actually lost my ball on Monday as we were playing in fading light after a thunderstorm forced suspension of play,” Joy said.

“I played quite steady today and going bogey-free always feels good. This is a course you do not want to overpower yourself. In fact, I have used my driver just three times.” said the talented Englishman.

Teen Thomas, who is supported by the Shaikh Maktoum Golf Foundation, made the turn at two-under but dropped four shots in a four-hole stretch from the 11th before making gains on the 16th and 17th that left him in a tie for 14th at one-under — and four behind Harradine.

England’s Zane Scotland (+10), Scot Clarke Lutton (+8), Spaniard Leo Lilja (+11) and England cricketer-turned-golfer Craig Kieswetter (+14) were among the notables who missed the cut, made at five-over 149.