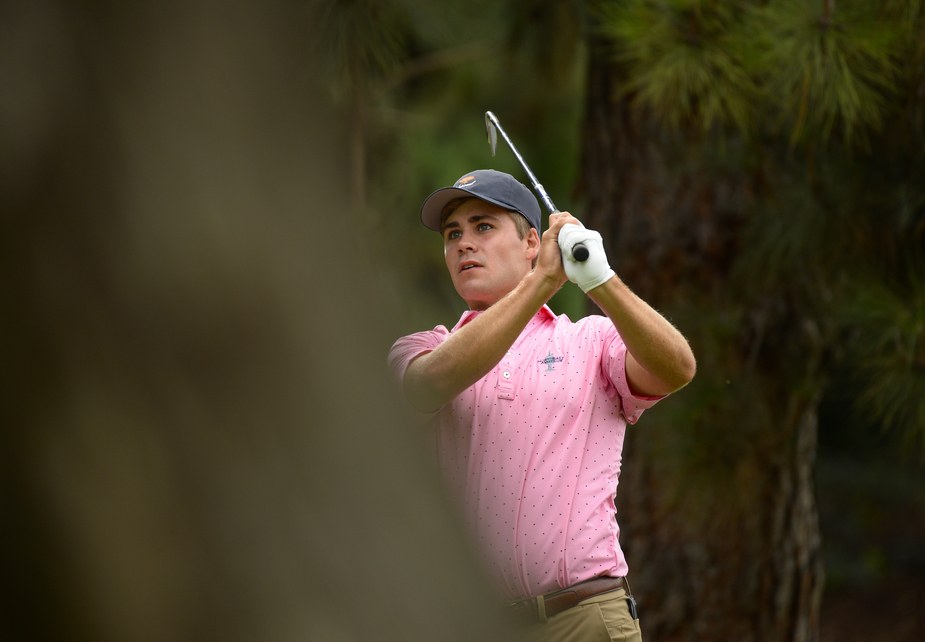 Wood, whose father is a former U.S. Junior Amateur champion, completed 36 holes at nine-under par 131, a 36-hole qualifying record, eclipsing the record of 132, set by Hank Kim at the TPC Sawgrass in 1994. Wood followed an opening-round 64 at Riviera Country Club on Monday with a three-under 67 at Bel-Air on Tuesday. He finished three strokes ahead of runner-up, Norman Xiong, the recent Western Amateur winner.

Wood is a junior at Oklahoma State, the university his father also attended.

Xiong, who like Wood opened with a six-under 64 at Riviera on Monday, shot an even-par 70 at Bel-Air.

Among those advancing to match play that begins Wednesday at Riviera Country Club was Joaquin Niemann of Chile, who is No. 1 in the World Amateur Golf Ranking. Niemann, who reached the round of 16 in the Amateur a year ago and tied for 29th in the PGA Tour’s Greenbrier Classic earlier this summer, shot a 69 at Bel-Air and tied for sixth in medal play.

Maverick McNealy, No. 2 in the World Amateur Ranking, had a three-under 67 at Bel-Air, tied for 16th, and advanced to match play.

Among those who did not advance was Stewart Hagestad, the reigning U.S. Mid-Amateur champion who in April became the first Mid-Am champion to make the cut in the Masters. Hagestad, who had his clubs stolen 10 days earlier, shot 74 at Bel-Air and missed advancing by two strokes.

Thirteen players tied for the final eight spots for the 64-player match play field, including Braden Thornberry, and will play off Wednesday morning at 7:30 (PDT). Thornberry is No. 3 in the World Amateur Golf Ranking and tied for fourth in the PGA Tour’s FedEx St. Jude Classic in June.