The ninth hole delivered a hurtin’ to the U.S. Open field on Sunday 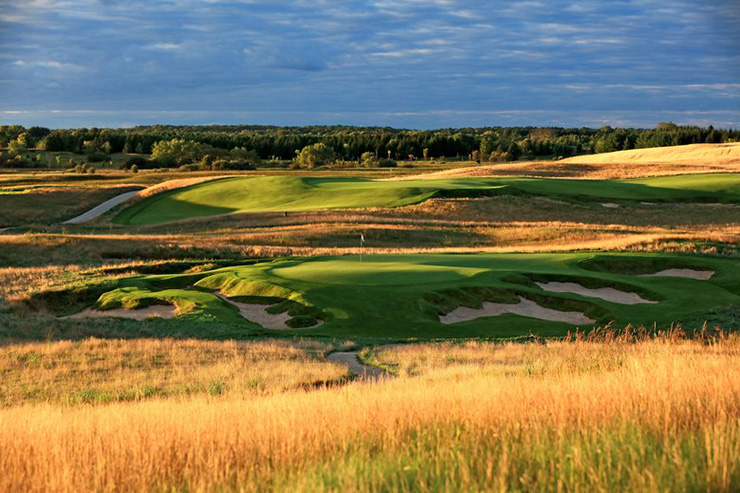 ERIN, WI – SEPTEMBER 01: The 165 yards par 3, ninth hole with the green on the par 5, 18th hole behind at Erin Hills Golf Course the venue for the 2017 US Open Championship on September 1, 2016 in Erin, Wisconsin. (Photo by David Cannon/Getty Images)

The caddies call the ninth at Erin Hills the “the world’s shortest par 5.” They weren’t too far off with that assessment on Sunday.

The ninth features elevated tee boxes and eight bunkers, each which hug the green. It’s a deep putting surface, but one not particularly wide or generous. The right side presents a swale, funneling balls to a trench that presents a tough two-putt no matter the pin’s location. The left’s no easier, as the bunkers are dangerously close to the putting surface. Same goes for the back.

The hole has been the site of some of the rowdiest crowds of the week, framed by grandstands and luxury suites. Throw in a pond that’s not in play but nevertheless adds an aesthetic element, it’s one of the more unique places on the property.

Depending on the box, the hole can have shades of the “Postage Stamp,” seen on Saturday when it measured just 123 yards. But during the fourth round, officials moved the tees 50 yards back and tucked the hole just four paces off the back-right of the green. Visually, it’s as imposing a shot as any on the course. And because of its elevation, the wind — whipping right to left — added another level of confusion. One that wreaked havoc on the U.S. Open field. 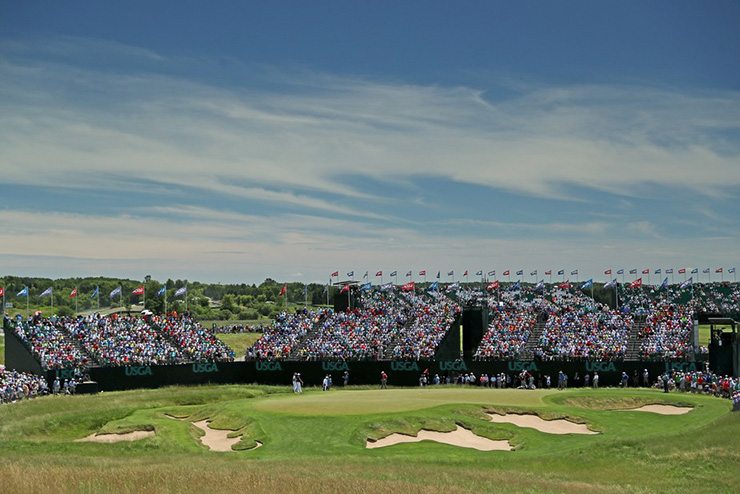 With players still making their trek on the back side, the ninth ranks as the second-toughest hole on Sunday. Out of the 68 players who teed it up, only four carded birdies. There were 20 bogeys, three doubles and one “other.” Add it up and it equates to a 3.368 figure.

Impressively, though, the final groups managed to pass through without much harm. Brian Harman, Brooks Koepka, Rickie Fowler, Hideki Matsuyama parred, with Tommy Fleetwood making one of the rare birds. Guess that’s why they’re the ones in contention.