UPDATED: News and results from around the Middle East club scene to February 12, 2017 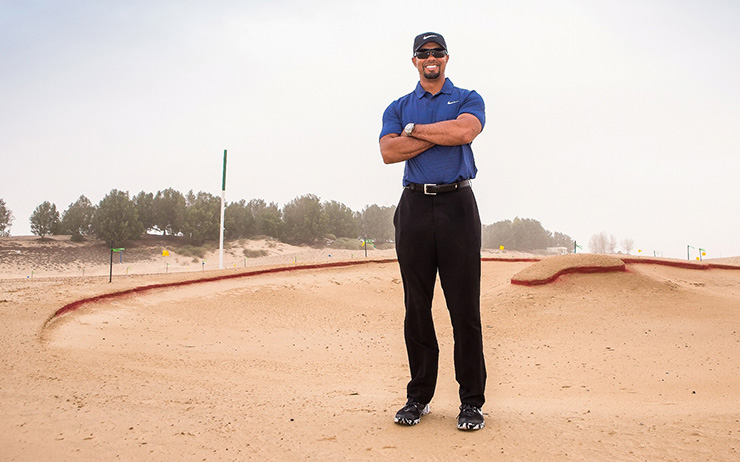 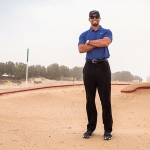 Tiger Woods’ Omega Dubai Desert Classic comeback – all 77 forgettable first round strokes before his premature withdrawal – was an unmitigated fizzer. Thankfully his new Dubai course is shaping up as something altogether more inspiring.

He met with Damac Properties’ chairman, Hussain Sajwani, and members of the TGR Design team working on the 7400 yard, par 72 course and clubhouse facility which follows Trump International GC Dubai, the soon-to-be-opened Gil Hanse design in the nearby Akoya by Damac development.

“It is a pleasure to welcome Tiger Woods to see first-hand the progress on Trump World Golf Club, Dubai, which is progressing as planned and is set to open in 2018,” said Niall McLoughlin, Senior Vice President, DAMAC Properties.

“Tiger Woods’ insights were invaluable in ensuring the golf course is truly world-class. He was delighted with the level of progress to date and looks forward to seeing the project advance further in the months ahead.” 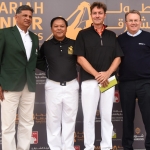 Sulaiman looped Sharjah Golf & Shooting Club in 76 strokes in the “Amateur and Professional Qualifier” to secure a start in the European Senior Tour event at SGSC from March 16-18.

Rene Larsen (Jumeirah Golf Estates) will join Sulaiman in the EST’s season opener after beating John Mills with a birdie on the first extra hole after both carded 78s. 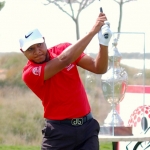 Rashid Hamood defended his title and did so in style with a final hole eagle on Yas Links GC’s tricky par 5 18th, binning a knockdown 7 iron from 145 yards into the wind.

Hamood carded rounds of 77-74 for a 151 aggregate, five clear of two-time winner Khalid Yousuf who recorded his third runner-up finish with rounds of 73-83. Ahmed Skaik was third a further shot adrift after rounds of 80-77.

Rashid Al Emadi defended his junior title at the HSBC-sponsored event with a 169 total, a 16 shot improvement on his winning effort from 2016. Next on the agenda for the EGF is the GCC Golf Championship in Bajrain from February 18-23. 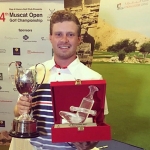 Sam Hobday capped a memorable month with victory in the 44th Muscat Open.

The long-time Bahrain resident and Royal Golf Club Member shot rounds of 73-70 – the latter a championship record – for a 143 total.

“It’s wonderful to see two of our young players doing so well over in Oman,” commented Phil Waine, the Royal Golf Club’s Director of Golf. “Both have been receiving regular tuition from our PGA Teaching Professionals for a number of years and obviously all their hard work and dedication is really paying off.” 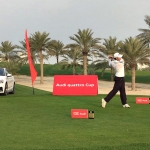 MENA Tour player Sam Hobday captured the first round of the Audi Quattro Cup Series with 36 points, one clear of Ahmed Majid.

The Audi Quattro Cup Series will be played over six rounds at the Royal Golf Club, with participants accumulating stableford points over the series. The series winners will have an opportunity to contest the world finals at Quivira Golf Club in Cabo San Luca, Mexico, in December.

With more than 100,000 players competing in 750 tournaments across 54 countries, the Audi Quattro Cup has developed into one of the world’s leading amateur series. 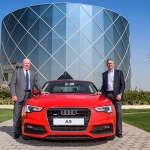 Behbehani Brothers, the sole distributor of Porsche & Audi vehicles in Bahrain, has extended its corporate partnership with Royal Golf Club for 2017 and 2018.

Steven Hill (pictured left), General Manager of the Motors Division at Behbehani Bros said: “Our partnership is of enormous significance for Audi and Porsche as it represents the brands’ commitment in professional sports.

“In the past two years, we have organised exciting events such as the Audi Quattro Cup, Porsche Golf Cup and the Audi National Day Tournament. We are delighted to be able to continue to offer club members an emotional brand experience through one of the most popular sports in the world.”

Added Stephen Havrilla, RGC General Manager: “We are delighted to have Behbehani Brothers on board as our corporate partner of the Royal Golf Club, and to be aligned with Porsche and Audi which are such luxury brands within the kingdom. We look forward to working closely with Porsche and Audi on some exciting new events for our Members and guests throughout 2017 and beyond.” 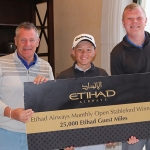 The youngster’s superior back nine saw him pip Oliver Seldon and Jonathon Selvaraj on a countback for the 25,000 Etihad Guest Miles in division A for 0-14 handicappers.

In division b for 15 markers and above, Uwe Nienstedt’s 34 points got the job done from Rick Lloyd who edged James Hickman on a countback for second place after both scored 32 points.

The next Etihad Open at Yas Links is scheduled for March 10. To book your place or for more information, please email [email protected] 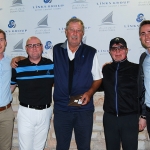 Also with 41 points but beaten on a back 9 countback was the father and son pairing of Ishwar and Yowan Jodha. The Mother and Daughter pairing of Glory Xavier and Hannah Alan were third with 39 points.

The consolation is that the top three teams also qualify for the grand finale in May. The series has been re-launched with the support of Links Group as the title sponsors and with the executive grooming company, 1847, as prize sponsors. 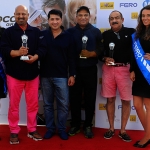 Each team played an 18-hole, 4-person scramble, followed by two nine-hole pairs scrambles, totalling 36 holes over one night on the floodlit Faldo Course.

Vijayant Prakash and Vikram Tah won nearest the pin prizes on the 2nd and 12th holes respectively while the longest drive on 16 went to Sanjay Dhandsa. 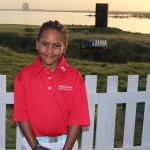 Six-year-old Maya Gaudin is clearly a player to watch after finishing second in the girls under-8s category in last month’s HSBC Future Falcons Drive, Pitch and Putt competition. One of the youngest players in the Lynxes junior golf program at Yas Links, Gaudin secured her spot in the finale, held on the sidelines of the European Tour’s HSBC Championship at Abu Dhabi GC, after winning a qualifying event in November. Gaudin only joined the Yas Lynxes junior golf program in September but is already training with the elite class. The Yas Lynxes junior golf program is a nine-week course covering fundamental movement and golf skills for players aged 4- 15. For more information email [email protected] or call +971 (0)2 810 7710. 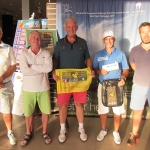 Tim Bird continued his rich vein of form by claiming his first Al Hamra major event of 2017, The Tombstone Classic.

With shot allocations based on the par 72 plus the competitors’ course handicaps, the trio of Bird, John Wilby, and Tony Cashman all had shots to spare as they finished the standard 18 holes.

Tony Cashman’s proved that every inch counts as he came up 2 inches shy with his last shot, finishing 92 yards and 2 inches from the flag, just 2 inches behind John Wilby in second.

Bird finished 46 yards from the flag to claim victory and be last to RIP. 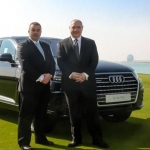 Howie Roberts, General Manager of Yas Links said: “Audi has always been a prestigious brand, demonstrating luxury and performance, with a product range that really speaks to our membership.

“As Abu Dhabi grows as a golfing destination, it’s great news to be bringing the Audi quattro Cup back to the capital; we look forward to welcoming those local players looking to try their hand at regional qualification on our sea-front course from March 2017.”

Ali & Sons Audi will also host monthly tournaments for Yas Links’ members and guests with prizes that include opportunities to take part in an Audi Experience on the Yas Links autodrome.